How COVID Transformed the Cloud from a Luxury to a Necessity

In addition to guest posting on the UpCity blog, IT Support LA is featured as one of the Top IT Service Consultants in the United States. Check out their profile!

In the last year, we have seen a tremendous surge in companies switching all or part of their network operations to the cloud. Granted, going to the cloud had been steadily increasing over the past few years, with many companies using it mostly for email and data backups, but the massive increase in end-users working remotely has been the tipping point for many businesses that had been biding their time.

As a prominent provider of Managed IT Services in the Los Angeles area, we spent much of March and April 2020 setting up secure remote connections for a vast number of users among our clientele, most of whom were already backing up to the cloud. While we had a good number of remote clients in the past, COVID-19 caused a tsunami of requests, which undoubtedly caused a quickening of the step among all IT support and services providers nationwide.

The main reasoning is that the digital agility that comes from working operationally from a cloud-based platform rather than typical internet-based remote communications greatly improves productivity. According to Sid Nag, research VP at Gartner, in a Press Release last November, “The pandemic validated cloud’s value proposition. The ability to use on-demand, scalable cloud models to achieve cost efficiency and business continuity is providing the impetus for organizations to rapidly accelerate their digital business transformation plans. The increased use of public cloud services has reinforced cloud adoption to be the “new normal,” now more than ever.”

While some of the larger Managed Services Providers had the massive IT architecture and infrastructure to enable a smooth and seamless flow of data from so many newly remote workers, most of the “Neighborhood IT Guy” outfits did not. Many companies either fired their free-lance IT services people and went with Managed IT services or simply had all of their operations moved to the cloud, which created a greater burden on cloud providers, seeing some of the smaller, less robust companies fall by the wayside as well.

2020 was a technological “survival of the fittest” among IT and cloud providers, and the largest and best-prepared firms flourished because companies needed to put a stopgap on any interruptions in their business continuity. The cloud provided the handiest and most complete solution, which caused businesses that had been waiting for cloud pricing to come down to get off the fence and dive in.

The fact is: The cloud solves a lot of challenges in one fell swoop, causing large and small businesses to flock to the better known and higher-powered platforms like Microsoft’s Office 365/Azure, Amazon S3, and Google’s G Suite (now Google Workspace), among others. After all, 2020 provided a lot of headaches in every arena, so grabbing an easy and reliable fix soon revealed itself to be a no-brainer.

Why Cloud Computing is Better

It mostly boils down to the fact that cloud computing offers a virtual platform, with the ability to share programs apps, and files among many users quickly, without bogging down end-user workstations by maintaining those apps and files locally. Aside from using the same equipment as before: computer, keyboard, mouse, and monitor, that hardware is merely an access point to the data and communication flow, rather than the mini-factory and storage facility it once was. That re-purposing of hardware also alleviates the lion’s share of costs in maintaining and upgrading it because the cloud supports a virtual environment rather than a physical one.

Let’s examine the two most important areas of concern:

Cost Savings
One of the roadblocks to deploying one’s resources to the cloud has been the idea of cost, which is often misleading because it only looks at the price tag, not the peripheral costs, as the savings on hardware. It usually takes some time for a company to reconcile offsetting factors–the greatest of which is increased productivity, which inevitably travels in a straight, identifiable line, to increased revenues.

Think of two similar automobiles with roughly the same features: Car A costs $3,000 more than Car B, BUT it gets 15 more miles to the gallon of gas. Your break-even point on that money depends on how many miles you drive. The more you drive, the faster you will pay for that $3,000 and start saving money.

For example, the vast improvement Google has made to G Suite in its transition to Google Workspace. Rather than a handful of separate apps bundled together which required opening and closing as needed, the new Google Workspace presented a unified user interface (UI) that made virtually all apps available within all other apps.

That may seem like a small thing, but it isn’t. Research by RingCentral shows that “two-thirds of workers say they waste up to 60 minutes per day navigating between apps, and 68% of workers toggle between apps up to 10 times an hour.”

Cutting to the chase on the math, that means, given a 50-week year, an employee wastes a solid MONTH–31.25 days PER YEAR just toggling between apps. How much revenue will an extra month of work generate? More information can be found in my blog: ‘What Is Google Workspace?’.

COVID-19 created a mad scramble to set up remote workers. Mistakes were rampant among run-of-the-mill IT services people. Many holes needed to be plugged. Perhaps a proper VPN (Virtual Personal Network), Antivirus (AV), and a proper firewall were all set up (oftentimes not). Sounds good, except that if a remote worker uses their home consumer Wi-Fi, that is certainly a weak spot. After all that fancy setup, some guy in a car outside the house can hack right in.

One primary responsibility of any cloud host is monitoring security, which is leaps and bounds more careful and efficient than an old-school localized system. All data is automatically encrypted when stored in the cloud, making it significantly more hack-proof and easily retrievable for disaster recovery.

Based on research performed by RapidScale, two stark points grab attention:
1.) “94% of businesses say they saw an improvement in security after implementing cloud solutions.”
2.) “43% of businesses that experience a disaster never reopen.”

Taking cybersecurity lightly points a business in the direction of the 43%, rather than the 94%­–it is as simple as that. The cloud goes a long way past conventional local networks in keeping you in the 94%.

The benefits of the cloud do not stop there: Mobility, flexibility, enhanced collaboration, sustainability, better quality control, reliable disaster recovery, and the insights provided by the analysis of your data usage and statistics are invaluable in giving your company a huge ‘leg up’ over your competition.

Now that we are seeing the light at the end of the COVID-19 tunnel, many companies and employees are adjusting to the changes they’ve made–some reverting to the brick and mortar office, but many workers will opt to stay at home–it tends to be a win-win situation.

According to a study performed by Great Place To Work, before the pandemic, only 5% of employees nationwide worked from home–a number that shot up to 60% after the mass workplace exodus in the first and second quarters of 2020. They surveyed 715 companies, representing three million employees, and after analyzing 800,000 responses, they found a trend that seemed to defy conventional wisdom: remote work improved productivity–noting a high between May of 2019, with average employees at 74% productivity, with May 2020 showing 87% productivity in May of 2020.

Therefore, what may have once been viewed as a temporary situation will now become permanent for many, as no smart CEO will ignore lower costs and higher productivity. For any company that has not transitioned to the cloud, the time has come to give it very serious consideration.

Q: What exactly is the cloud?
A: Originally, the cloud was the term applied to cyberspace where information was transmitted via the internet, initially through a telephony protocol and decades later, through broadband. It progressed and was rebranded as “The Cloud”. Cloud services are facilitated through massive data centers housing servers and storage, incorporating networks, programs/apps, and virtual networks, among other things. This landscape changes continuously as cloud capabilities grow and new technological advancements emerge,

Although our concept of the cloud as it is today goes back only several decades, most authorities credit Joseph Carl Robnett Licklider as the creator of the cloud due to his work on ARPANET (Advanced Research Projects Agency Network) for the U.S. Department of Defense (DOD) in the late 1960s. ARPANET provided the technical foundation for the internet and went live for the DOD with the implementation of The Network Control Program in 1970.

Q: What are the three types of cloud computing?
A:  These are identified as services, as many things are today, like Hardware as a Service (HaaS). The three types of cloud service are:
1.) Infrastructure as a Service (IaaS): This offers all of the features of a local network: computing, storage, apps, etc. This is your entire network in the cloud, with your network administration.
2.) Software as a Service (SaaS): This is the most commonly used cloud platform, where only select apps are moved to the cloud. Typically includes email, calendaring, and various office tools.
3.) Platform as a Service (PaaS): Similar at first glance to IaaS, but the base is the infrastructure where your platform resides. The main difference is that PaaS allows the use of cloud resources, whereas IaaS allows does the same, but with greater administrative control.

Q:  What is the best cloud service for a small business?
A: Cost is of prime importance but moving to the cloud requires more due diligence than merely looking at the price tag. The SMB Guide provides a very informative breakdown of top providers.

Q:  Who owns the data in the cloud and who has the rights to use it?
A:  As with anything, read the contract carefully. The top three platforms, Microsoft’s Office 365/Azure, Amazon S3, and Google Workspace, spell it out in clear language, that “what belongs to you stays yours” but look for clauses that describe specific rights and interests. 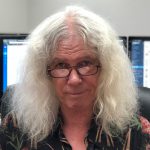 VP of Business Development at IT Support LA

David Mercy is well into his fifth year as the VP of Business Development at IT Support LA, a Los Angeles-based Managed Services Provider. Aside from marketing, he writes content for their website, blogs, advertising materials, and articles for both national and local publications, such as Today’s Practice for the medical community and Valley Lawyer Magazine for the San Fernando Valley Bar Association.

How to Create a Great Mobile Experience for PPC

Mobile-first is a mindset that all digital marketers and developers need to adopt when creating online experiences such as digital marketing campaigns, websites, apps, and more.

END_OF_DOCUMENT_TOKEN_TO_BE_REPLACED

Why Your B2B Business Needs a Revenue Operations Strategy

A RevOps strategy can help align your teams, improve processes, and elevate your business. Here’s the winning formula for customer-focused revenue operations.

END_OF_DOCUMENT_TOKEN_TO_BE_REPLACED

Moving to DTC Sales is necessary; however, achieving this conversion is not easy.