In addition to guest posting on the UpCity blog, Garrett Technologies, Inc. is featured as one of the Top Software Developers in the United States. Check out their profile!

The utility of the Internet of Things is undeniable, and both infrastructure and installations are growing at a substantial rate. However, terrestrial data transfer options have certain limitations, particularly as IoT installations grow in developing regions and places where terrestrial data infrastructure is infeasible. Due to new technologies being rolled out, organizations can expect to see more options coming online in the near future. Combining LoRaWAN with satellites, in particular, shows tremendous potential to change how modern devices communicate.

Most data transfer relies on traditional internet infrastructure and mobile networks. Although these two technologies cover a broad range of use cases, they both consume a relatively high amount of energy and can be expensive, particularly in areas where the infrastructure is limited. By contrast, LoRa, which stands for Long Range, uses very little energy. Furthermore, its range of 10 kilometers or more in ideal conditions means less infrastructure is needed to serve a particular geographical area. They can also serve a higher number of devices compared to 5G stations. These advantages come with a disadvantage: Low speeds. Although its transfer speed of about 0.3 to 27 kbps makes the technology unusable for certain scenarios, it’s perfectly acceptable for plenty of IoT uses.

LoRaWAN: The Upper Layer of LoRa

LoRa covers the low-level aspects of data transfer; LoRaWAN serves as the higher-level architecture and communication framework. LoRaWAN aims to provide bidirectional communication capabilities, and it’s based on open standards, enabling companies to develop their own infrastructure without having to worry about potentially expensive licensing and other barriers. Due to its emphasis on low power consumption, LoRaWAN-compatible devices can potentially last for up to a decade or longer powered by just a single small battery.

Communicating with satellites has long been a somewhat ad hoc process, with companies developing their communication protocols or licensing solutions from third parties. While a number of open solutions have been proposed over the years, LoRaWAN’s benefits make it well-positioned to become the de facto standard for satellite-enabled IoT operations. Although satellites are commonly used in data transfer, it’s rare that end devices connect directly to satellites. With LoRaWAN technology, end devices in IoT installations can communicate directly with satellites, simplifying networking architecture and potentially increasing reliability. Options are already available for early adopters, and the technology isn’t expected to face burdens when scaling to meet demand.

For many organizations, simply tapping into public internet infrastructure or 5G technology offers a seamless solution. For other cases, satellite communication, enabled by LoRaWAN, serves as a superior solution. In agricultural environments, the cost to install wired or even wireless communication infrastructure can be prohibitively expensive and even wasteful, as there are only a small number of devices that need communication capabilities over a large geographical area. As IoT devices and use become more commonplace in agricultural environments, satellite communication may offer an excellent solution.

Similarly, approximately two-thirds of the globe is covered by water, and terrestrial networking solutions are clearly infeasible. By relying on LoRaWAN and satellites, companies can track their ships and cargo at a relatively low cost, as the slow data speeds of LoRaWAN satellite communication aren’t a disadvantage when tracking slow-moving ships. In addition, this technology can be great for buoys and other stationary objects.

Another potential use case is ground transportation. Mobile networks can often track fleets effectively, but there are still regions in the United States and even more elsewhere where gaps exist. By relying on satellite networks, users can ensure 100 percent coverage. Many LoRa communication packages come with GPS connectivity included, offering a low-cost option.

Advantages and Disadvantages Compared to 5G

There are likely to be scenarios where both 5G and LoRaWAN-based satellites can both cover users’ needs. 5G’s advantages include its high operating speeds: LoRa communication functions at speeds orders of magnitude slower. Latency also tends to favor 5G by a wide margin, and real-time communication using LoRa is typically impossible. For situations where these factors are important, 5G is the clear winner.

However, LoRaWAN satellites have a potentially surprising advantage: Cost. Although launching a satellite constellation is expensive, the ability to cover the entire globe means operators can offer pricing that makes sense for many potential users. Furthermore, the cost of devices coming online is far cheaper compared to 5G devices; 5G communication requires sensors that typically cost at least $30, while LoRaWAN devices can cost 50 cents or less.

Although there are several LoRaWAN-based satellite constellations potentially coming online in the future, the operator garnering the most attention is Swarm, a US-based startup company. With launches beginning in September of 2020 and more slated, Swarm’s constellation is already online and offering complete global coverage.

One of the most innovative parts of Swarm’s approach is its use of CubeSats. These cubic satellites measure just 10 centimeters in diameter, making them cheaper to launch than older types of satellites used for communication. Because a single rocket launch can place many devices into orbit at once, scaling is easier compared to bulkier types of satellites.

Swarm’s primary goals, initially, are to connect devices on farms, pipelines, and wind farms, scenarios where real-time data isn’t important and slow connection speeds aren’t prohibitive. Swarm is also aiming to power smart meters. Even though smart meters often operate in areas where other types of connections are available, the low power requirements mean users can install battery-powered devices that can potentially last for a decade even with today’s battery technology.

The Backbone of Modern IoT

Discussions around IoT solutions and similar paradigms often focus on the most powerful devices; bringing streaming video to new types of devices, for example, is exciting news for consumers. However, it’s often the more mundane devices that truly drive new ideas, and LoRaWAN-based satellites have the potential to become the most commonly used method of IoT communication. Whether it’s Swarm or another group that leads the way, companies can expect to see more flexible and affordable LoRaWAN options coming online in the near future. 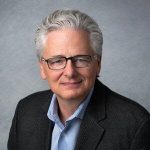 Michael Garrett, CEO of Garrett Technologies, Inc., helps companies bring medical devices to market, through a rigorous product development process and technical expertise. He has extensive experience in the development of medical products, including analog and digital hardware design, software design and development, human factors assessment, and regulatory affairs and agency certifications. He is an expert in defibrillation design. He holds multiple patents and has numerous publications in the defibrillation and electrophysiology space. Mr. Garrett is a member of the UL 2900-1 and 2900-1-2 Standards Committee for software cyber-security.

What Can We Expect From A Custom App Development Company?

In this blog post, we cover the benefits of custom software development and talk in detail about the custom mobile app development process.

END_OF_DOCUMENT_TOKEN_TO_BE_REPLACED

Job Searching Tips to Bounce Back From 2022 Tech Layoffs

As layoffs increase in 2022, many in tech are back on the job market. Our experts provided their advice for bouncing back after a layoff.

END_OF_DOCUMENT_TOKEN_TO_BE_REPLACED

To help you better understand both what unites and what differentiates AI and machine learning, we will try to define them most synthetically and clearly possible.