In addition to guest posting on the UpCity blog, High Arc Media is featured as one of the Top Corporate Video Production Companies in the United States. Check out their profile here.

Many new clients ask us if video resolution above 1080p, such as 4k, actually matters. 1080p is known as Full High-Definition and has been the standard in film, television, and advertising since the mid to late 2000s. Some like to stick with 1080p resolution, and for a business looking to market themselves on mobile phones or internet browsers, this can work out fine. These platforms push out space-saving, reduced-quality versions of the original 1080p version of your video. However, technology is always changing and advancing, and higher resolutions are now more accessible than ever. There are many upsides to shooting in higher resolutions such as 4k or higher, even when planning on publishing your project on mobile platforms.

What is 4k and why is it useful?

4k resolution, or Ultra High Definition, is twice the size of 1080p, meaning you can increase the image size by up to 200% in post without losing quality below 1080p. High-resolution video allows for reframing and punching in during editing, which isn’t achievable with regular 1080p footage if you want to maintain that high quality.

“Punching in” is essentially enlarging the image digitally in post-production, appearing as if you have zoomed in. This technique can be used to crop out something unwanted in the frame or change the shot angle entirely. Is your shot too wide, leaving your subject looking small, powerless, or alone in the frame? If you shot 4k resolution or above, it’s no problem to fix. Simply punch in on that wide shot and turn it into a medium. Then you can place the subject directly where you want them in the frame, whether that’s dead center or on one of the outside thirds. Beyond this, you can add slight or even drastic effects with high-resolution footage, like subtle zooms to add gravitas in an interview or product video or jarring explosion rattle effects to really sell that action centerpiece in your film or commercial.

Giving your editor the flexibility to do this can ultimately save you time and money in the long run by negating the need for costly reshoots that could delay your finished product or even worse, push you over budget.

What are the other advantages of 4k?

Even on mobile phones and internet browsers, a file that is being downsized from a higher resolution will look better than if it were originally shot in 1080p. The camera quality still stands out. Shooting in high resolution also allows the opportunity to grab great high-definition screen grabs directly from the video due to the greater number of pixels.

For television broadcasts, streaming, film, or creating displays for large-format monitors or billboards, 4k is the best way to go. The best TV shows and news networks, streaming services, Hollywood film productions, and digitally displayed physical advertisements all harness the power of 4k. Because of the immense size of these display formats, the quality always shows.

Many modern cameras shoot at 4k resolution these days, and rental houses will always have some 4k options for you to consider. Common 4k cinema cameras include the BlackMagic Pocket 4k or 6k and Canon C300 MK. II for larger productions, but projects with smaller budgets have options too. Mirrorless cameras and DSLRs from Sony, Canon, Panasonic, and more offer great 4k image quality while being cheaper to obtain and easier to operate in smaller spaces. However, the cinema cameras will always be an option worth paying a little extra for if you require the full range of versatility shooting in 4k provides.

While the standard for high definition is still 1080p, most high-budget video productions are now shooting in 4k. The standard of resolutions is rapidly approaching this 4K and leaving 1080p behind with the emerging technology. There are cameras currently shooting up to 12k resolution, but videos in that format tend to be very short and take a lot of time to produce. The files are huge!

Are there any downsides?

As mentioned before, file size and management is the biggest hurdle for using 4k footage. Twice the image size means twice the hard drive space, often more. This also means you need a computer powerful enough to edit massive files. Utilizing a third-party editor or one who works for the video production company you hire will always help, as they have the necessary equipment to get the job done efficiently.

4k cameras also require high-quality lenses. The quality of the footage is so good that lens quality is apparent to the eye. This is not always the case when shooting in 1080p. Investing in owning or renting lenses from well-respected and field-tested manufacturers like Zeiss and Cooke can make or break a production shooting in 4k.

A final concern is camera heat. The sensors required to capture an image as large as a 4k image are huge and work very hard, and they can get very hot. Even top of the line cameras can overheat while capturing ultra-high-resolution footage like 4k, but most have built-in fans to help keep them cool. However, it is still important that when the crew takes a break, the camera should too. Finding some shade and avoiding direct sunlight and hot cars will keep your camera cool and operating at its peak performance levels throughout your shoot, even if you’re shooting 4k.

Shooting in 4k is almost always worth it. The versatility provided by the increased frame size and pixel count gives your editors more room to work, and you can achieve the highest possible image quality for your project. Having the option to display your project on large-format displays is always good, and with a good camera, a solid camera crew, and a well-versed editor with a fast computer, the downsides can be overcome with little to no issues. By choosing to shoot in 4k, your next project can look just as good as any Hollywood production at a fraction of the cost. 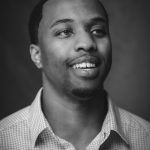 Derick Pope is the Founder and Head Producer of High Arc Media Inc., a national video production provider, headquartered in Atlanta, Ga. Derick is an award-winning producer in the corporate and event space. He thrives in the roles of Producer, Director, and Director of Photography. After a short professional basketball career in Germany, Derick founded his company in February 2019. While carrying much success in the corporate/commercial space, his main aspirations are feature-length films.

The use of video content has been a game-changer for those implementing it as a part of their marketing approach. Here’s how to plan for it.

END_OF_DOCUMENT_TOKEN_TO_BE_REPLACED

Discover the top video production techniques to create a branded video that uses the art of storytelling to capture the attention of your target market.

END_OF_DOCUMENT_TOKEN_TO_BE_REPLACED

What Events Need a Video for my Business?

Read for recommendations for promotional videos and how it might be able to help your business with its next event.