In addition to guest posting on the UpCity blog, Brand Vision Marketing is featured as one of the Top Digital Marketing Agencies in Canada. Check out their profile!

Industry insiders are noting shifts in how PPC ads operate–and attributing the changes to evolving data transparency policies. The golden age of PPC could be ending–and here’s why. 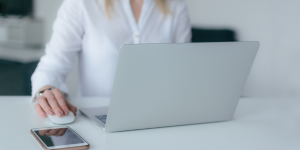 The last five years have truly been the “golden age of data”. Data collection, aggregation, and analysis have been incredible with the rise of social media (and the recent merging of some major platforms like Facebook and Instagram). It’s hard to argue that marketers have had more information available at their fingertips than now. This massive amount of data has been used to benefit brands and companies’ digital marketing through PPC (pay-per-click) advertising.

However, over the last couple of years, there has been a trending shift towards better data transparency in the tech space. This shift has been mostly spurred on by various ethical violations and scandals across social media and big data gathering platforms. Recently, more legislation and policies have been introduced at various levels to encourage better data governance, transparency, and rights for users to permit various levels of data collection.

But–what do these changes mean for PPC marketing initiatives? How will it affect businesses’ ability to advertise to their target audience? Let’s take a look.

What are PPC ads? What does Data Transparency mean?

PPC Ads: PPC (pay-per-click) marketing is a digital advertising strategy that charges the advertiser when users click on the ads. Often, advertising or search campaigns are set up with incredibly targeted audiences based on the preferred demographics of the advertiser. Ads are served to users based on their past Google searches or browsing history, their current data profile, and other algorithm-specific information. The value of a click is determined by how the ad itself is set up. Most commonly, PPC campaigns are run through platforms like Facebook Advertising or Google Ads.

Paid search, or PPC, is used by many digital advertisers because targeted ads have benefited optimization, and SEO, and even helps boost conversion rates.

Data Transparency: Data transparency refers to the use of personal data with integrity, honesty, and in a clear way. Individuals using specific platforms should understand what data is being collected, who has access to that user data and set parameters around the data collection process. Data transparency is related to data governance and security–and permits end-users rights that may not have existed in a gray area previously. 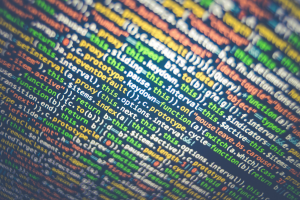 So, why are we seeing changes in data transparency?

First, let’s talk about why data transparency has become a hot topic in the tech world. It’s been mostly due to a loss of trust, app tracking transparency, recent privacy breaches, and big-name scandals that have caused users to be warier about what data they’re sharing.

●      Yahoo (August 2013)–3 billion potential exposed customers with sensitive data breached from Yahoo accounts. The public was not informed until years later, it’s unclear how quickly users were informed of the breach.

There’s no question that data volume has exploded, which has left users worried about how their privacy and security are being handled in the back end. However, many young people also prefer personalized interactions on social media, through PPC advertising, and on other digital platforms.

A study sponsored by Verizon showed that 45% of 18-24-year-old people would share their data in “exchange for a more intuitive and personalized user experience”. On the other hand, 69% would avoid a company that had suffered a data breach. Tech companies find themselves in a tricky balancing act between data transparency, data governance, and tailoring an experience to a user based on their data and usage information!

Not only that but intensified conversations around “bad actors” or intentional “misinformation” sharing from foreign sources on various marketing channels have been a hot topic around elections. It’s enough to make users think about the data that they’re sharing and how it’s being used. This (combined with other conversations around the safety of the tech space) are some of the main reasons for data transparency. 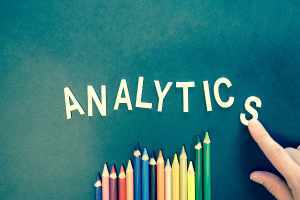 Now, let’s talk about what has changed in data transparency recently…

One of the major changes in data transparency has been the conversation shifting into the political sphere. The talk about “data governance” and properly handling sensitive information is becoming more than just a quiet conversation in some tech companies.

Now, politicians are taking notice and starting to act through policy. Politically mandated laws acts, and legislation is forcing the hands of tech companies to be more airtight in terms of their handling of users’ sensitive and private data. It’s also changing the way that companies are thinking about their operations–including mechanisms like PPC advertising.

Google Ads’ SVP, Prabhakar Raghavan, said that privacy is becoming a bigger priority moving forward. The company is currently wrestling with the larger implications of big data. As a PPC ad giant, Google’s conscious focus on data transparency and information privacy will cause a ripple effect in the PPC advertising sphere.

Challenges vs. Advantages of Data Transparency with PPC

All in all, policy shifts and changes in data transparency laws are going to affect PPC advertising and ad performance in several ways. However, there’s a unique opportunity for marketers to balance people’s right to privacy regarding third-party data, and users’ preference for a personalized digital experience.

While it may be a challenge to target the ideal audience with PPC ads as less data is being aggregated—meeting users where they are most comfortable is a massive win for marketers and advertisers. Those who prioritize “white hat” advertising techniques will be much more favorable in the eyes of the consumer. 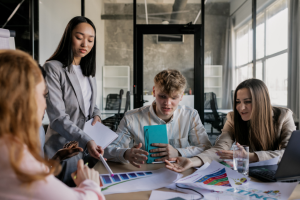 Key Takeaways as a Marketer or PPC Ad Expert

Marketing Specialist and Project Manager at Brand Vision Marketing, with a background in Business and Information Technology and Digital Design who attended York University.

How To Calculate Your PPC Budget: A Guide For Healthcare Companies

We’ll take a deep dive into the seven steps (and essential rules) healthcare agencies should follow when calculating your PPC budget.

END_OF_DOCUMENT_TOKEN_TO_BE_REPLACED

How to target the right audience, drive your brand awareness through the roof, and learn how to launch the most compelling Facebook ads.

END_OF_DOCUMENT_TOKEN_TO_BE_REPLACED

Find out how Google Ads works, the different types of ads you can create, and how you can set your campaigns up with maximum potential.