What Are Common Types Of Cybersecurity Attacks?

In addition to guest posting on the UpCity blog, CORE Networks is featured as one of the Top Cybersecurity Agencies in the United States. Check out their profile!

Cybersecurity is a hot topic in the business world right now. With so many businesses falling victim to ransomware attacks and other cybersecurity threats, it’s very important to ensure your business is protected. This blog post will discuss the top common cybercrime attacks and how you can protect your business from them.

What Is A Cyber Attack?

To understand cybersecurity, you should first know about cyber attacks. A cyber attack is when an outside force gains unauthorized access to a system or network. The person who committed the act is called a hacker or attacker. Cyber attacks can result in data theft, financial loss, and even damage to a company’s reputation. Hackers usually target large businesses because they have more valuable data, but small businesses are also at risk. Sixty percent of small businesses that experience a cyber attack are forced to close their doors within six months.

Some attackers seek to profit quickly by stealing sensitive data or holding ransom systems. Others may be trying to damage a company’s reputation or cause physical harm. Regardless of motive, all businesses should take steps to protect themselves.

Cyber attacks bring many negative impacts to a business. In addition to direct financial loss, these attacks can also lead to a loss of customer trust, decreased productivity, employee churn, and legal liabilities. This is why it’s so important for businesses to have a solid cybersecurity plan in place. 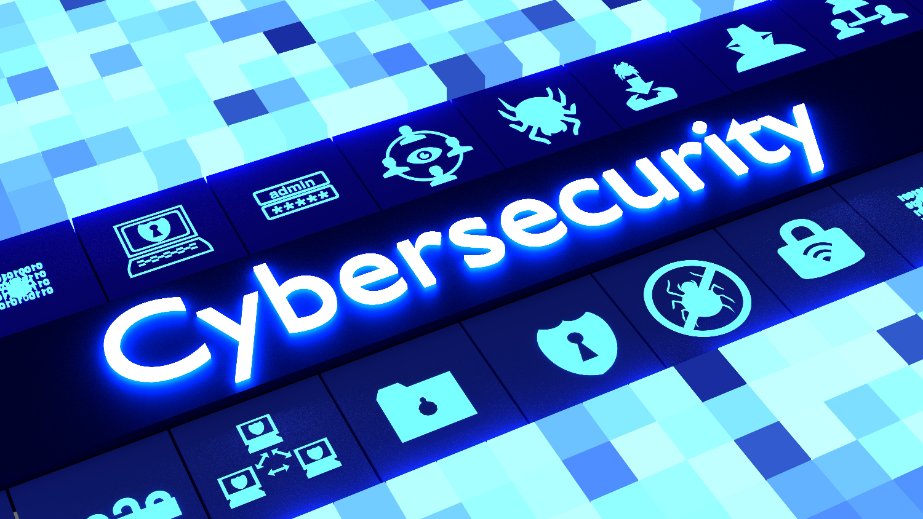 Now that you understand a cyber attack let’s look at some of the most common attacks. By being aware of these cyber threats, you can take steps to protect your business from them.

One of the most common types of cybersecurity attacks is phishing. Phishing occurs when an attacker sends an email or other communication that appears to be from a trusted source. This type of attack aims to trick the recipient into clicking on a malicious link or attachment. Once clicked, the malware in the link or attachment can infect the victim’s system. Phishing attacks often steal login credentials or install ransomware on a system.

There are several phishing attacks, but the most common are spear phishing and whaling. Spear phishing usually targets specific individuals or organizations, while whaling attacks target high-level executives. These attacks are often more successful because they appear to come from a trusted source. Another type of phishing attack is pharming. Pharming occurs when an attacker redirects a victim to a fake website that looks identical to the real one. The victim is then tricked into entering their login credentials or other sensitive information on the fake site.

You should educate your employees about this threat to protect your business from phishing attacks. Teach your staff how to spot a phishing email and how to avoid being infected. You should also have a robust spam filter to prevent these emails from reaching your inbox. Finally, never click links or attachments from unknown sources.

Malware is short for malicious software. It refers to any software designed to attack or harm a system. When your system is infected, it can cause damage or steal sensitive information.

Malware can be installed on your company system in several ways, including phishing email attachments, drive-by downloads, and malicious websites. There are many types of malware, but some of the most common are viruses, worms, Trojans, ransomware, and spyware.

Viruses are programs that attach themselves to other files and spread throughout an operating system. Worms are similar to viruses but can spread without attaching themselves to other files. They can spread quickly through networks and cause Denial of Service (DoS) attacks. Trojans are programs that appear to be harmless but can contain malware. This malware is often used to install ransomware or spyware on a system.

Malware attacks can have serious impacts on businesses. They can lead to data loss, system downtime, and reputational damage. You should have a robust antivirus program to protect your business from malware attacks. It would help if you also educated your employees about the dangers of clicking on links and attachments from unknown sources. You should regularly back up your data to prevent data loss in an attack. And finally, you should protect every computer on an application level.

SQL injection attacks are another common type of cyber attack. This attack occurs when an attacker inserts malicious code into an SQL database. The hacker can then use this code to view or change sensitive information in the database.

It would help if you used parameterized queries to protect your business from SQL injection attacks. This type of query can help to prevent SQL code from being executed. You should also regularly update your software and patch any security vulnerabilities. 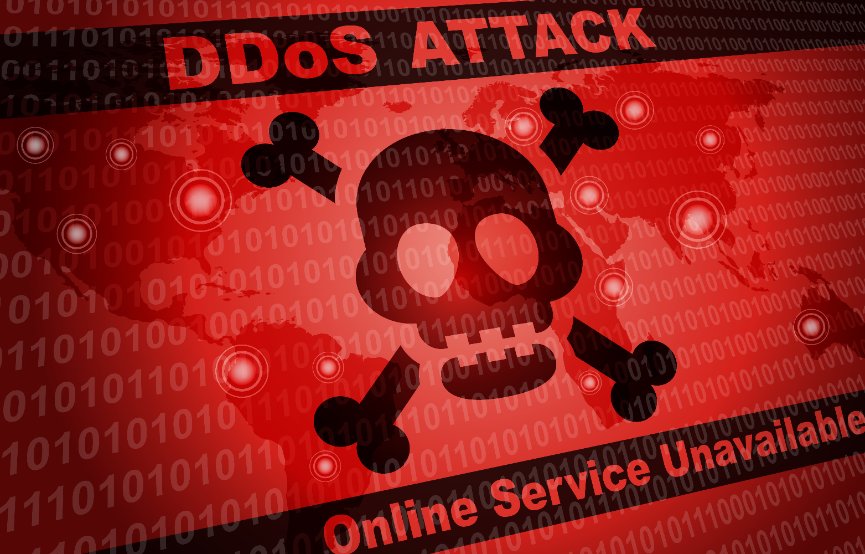 A Denial of Service (DoS) attack is a type of cyber attack that aims to make a system unavailable. The attacker does this by flooding the system with traffic or requests, so it can’t handle the amount of traffic and crashes. DoS attacks can cause downtime and lead to lost revenue for businesses.

There are two types of DoS attacks: distributed and flooding. A distributed DoS attack (DDoS) is an attack that comes from multiple sources. A flooding DoS attack comes from a single source but uses more traffic than a normal request.

Having a robust firewall can help to protect your business from DoS attacks. You should monitor your network for suspicious activity and block any malicious traffic.

A man-in-the-middle (MitM) attack is another type of cyber attack where the attacker intercepts communication between two parties. The attacker can then view or change the information in the communication. MitM attacks can steal login credentials, financial information, and other sensitive data.

This type of attack aims to get between a user’s device and the network by exploiting security flaws in the network, such as an unprotected public WiFi connection. The danger with this type of assault is that it is tough to spot since the victim thinks the data is going to a legitimate place. MitM attacks are frequently used in phishing or malware assaults.

There are several ways to protect your business from MitM attacks. You should use encryption when transmitting sensitive information. Verifying the identities of the person you’re communicating with will also help.

A password attack is a cyber-attack where an attacker tries to guess a user’s password. The attacker uses various methods to guess the password, such as brute force or dictionary attacks. Password attacks can lead to data breaches and loss of sensitive information.

To protect your business from password attacks, you should use strong passwords that are difficult to guess. Always use two-factor authentication (TFA) to verify the identity of users. And finally, you should regularly update your passwords and never reuse them.

It would help if you never reused passwords to protect your business from credential-reuse attacks. It would help if you also used two-factor authentication (TFA) to verify the identity of users. And finally, you should regularly update your software and patch any security vulnerabilities.

An XSS or cross-site scripting is a cyber attack that injects malicious code into a web page. This code can be Javascript executed by the victim’s browser but can also include Flash, HTML, and other types of scripts. The hackers can then use this code to hijack the user’s session or steal sensitive information. Hackers can also use XSS attacks to redirect users to malicious websites.

To protect your business from insider threat attacks, you should monitor user activity and look for suspicious behavior. It would help if you also restricted access to sensitive data and systems. And finally, you should have a comprehensive security policy in place.

A zero-day exploit is a type of cyber attack that uses a previously unknown security vulnerability. These attacks can be difficult to defend against since the vulnerability is unknown. Zero-day exploits can lead to data breaches and loss of sensitive information.

To protect your business from zero-day exploits, you should keep your software up to date and patch any security vulnerabilities. It would help if you also used antivirus software, application fencing, and firewalls to block malicious traffic.

An IoT or Internet of Things attack is a cyber attack that targets devices that are connected to the internet. These devices can include routers, printers, webcams, and other devices. IoT attacks can lead to data breaches and loss of sensitive information.

Spoofing is a cyber-attack where an attacker impersonates another user or entity. The attacker can use this to access sensitive information or carry out other malicious activities. Spoofing attacks can be difficult to detect and lead to data breaches and loss of confidential information.

Lastly, cryptojacking is a cyber-attack where an attacker uses your computer to mine cryptocurrency. The attacker can do this by injecting malicious code into your web browser or installing malware on your system. Cryptojacking can lead to a slowdown of your computer and higher electricity bills.

To protect your business from cryptojacking, you should use antivirus software, application fencing, and firewalls to block malicious traffic. It would help if you also used ad blockers and pop-up blockers to prevent the execution of malicious code.

How To Protect Your Business From Cybersecurity Attacks

As a business owner, it’s important to be aware of the different types of cyber attacks and how to protect your business from these attacks. Cybersecurity should be a top priority for all businesses in this digital age.

You can take several steps to protect your business from cyber attacks:

It would help if you also allocated time to do a cybersecurity risk assessment to check how prepared you are against cyber attacks. The assessment will help you identify any areas of improvement and take steps to mitigate the risks. Cybersecurity is a continuous process, and you should regularly review your policies and procedures to ensure that your business is protected.

Cybersecurity is an important part of doing business in the digital age. It’s important to remember that no system is 100% safe and secure. There are always risks associated with technology. But you can help protect your business from cyber-attacks.

Stop Cybercriminals Before They Act

In conclusion, these are some of the most common cyber attacks that businesses face today. By understanding these threats, you can take steps to protect your business from them and keep your data safe.

For a more in-depth understanding of these topics, read our blog post: What is Ransomware?

Download our FREE e-book: 7 Security Protections Every Business Should Have In Place 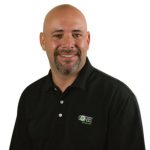 I help businesses improve productivity, obtain maximum return on their technology investments, and remain confident in their compliance. My skills have been obtained through working in I.T., cybersecurity, and recovery planning in the financial, medical, and industrial industries since 1996.

Is Your In-House IT Team Equipped To Deal With Security?

Looking at your in-house IT team goes beyond individual skills or expertise.

END_OF_DOCUMENT_TOKEN_TO_BE_REPLACED

Tips for Mitigating Loss During a Business Data Breach

As the trend of remote work continues to rise, so do business cybersecurity risks. We spoke with various cybersecurity experts on their tips for mitigating loss during a data breach.

END_OF_DOCUMENT_TOKEN_TO_BE_REPLACED

What is Ransomware and How Does it Work?

Ransomware can be a huge threat to your organization, but with the right tools, you can protect your team from these kinds of attacks. Read our article on ransomware, how it works, who the targets are, and how to protect against it.