The 6 Greatest TV Commercials Of All Time

The 6 Greatest TV Commercials Of All Time

In addition to guest posting on the UpCity blog, New Evolution Video is featured as one of our Top Commercial Production Companies in the United States. Check out their profile here.

“TV commercials are not the goldmine they used to be.”

These are all statements that have repeatedly been made over the last few years.

And yet, this couldn’t be further from the truth.

How’s that for the death of TV commercials?

However, times are changing, and the cliche dealership commercial featuring a man shouting the benefits of their dealership for local customers has passed. These days, TV viewers want creative, engaging, and captivating ads. And who can blame them?

So, to help spark inspiration and better understand what makes a great TV commercial, we’ve listed below the six best commercials ever made.

This TV commercial is iconic among all generations making it, hands down, one of the best TV ads of all time. When it first aired back in 1999, it became one of the first TV commercials to become viral. And it quickly turned into a global phenomenon. So much so that ‘’what’s up’’ became a pop-culture catchphrase, and the ad was spoofed many times, including in the original “Scary Movie’’.

Riding on its huge success, Budweiser recently revamped the famous ad with a quarantine-themed remake to encourage people to check in with friends and family.

And, guess what? It was an instant hit once again. Even the remake was successful.

But what made this ad so popular in the first place? The ad shows friends calling each other while watching a football game and drinking beer which is highly relatable to the target audience. Add to this that the ad doesn’t feel like an advertisement because it conveys a genuine sense of camaraderie and friendship, and you have your recipe for success.

Not the sexiest product to market, right?

Yet, to show consumers their products are fresh and high-quality, the company came up with a lighthearted, entertaining, and original ad, which turned out to be one of the best TV commercials ever produced with over 360 million views in the first six years.

The ad starts like an animal documentary showing a few bears catching salmon in a river. The footage even uses a David Attenborough-like voice-over. Suddenly, a John West employee runs down screaming, ready to fight a bear to snatch a salmon away from it. The ad ends with a compelling punchline that resonated well with the company’s audience “John West endures the worst to bring you the best.”

We couldn’t write about the best TV commercials of all time without talking about the Old Spice ad “your man could smell like’’ which is perhaps one of the most viral ads ever. At the time, Old Spice was perceived as a body wash for grandpas.

So, Procter & Gamble decided to convince women to stop buying lady-scented products for their men. The ad features an attractive man only wearing a towel, asking ladies to compare him to their better half, implying he’s the superior choice. But even though their man can’t look like him, they can, at least, smell like him if they use Old Spice instead of lady-scented products.

The commercial is lighthearted and fun, and the final line “I’m on a horse,’’ even became a favorite among many viewers.

Kmart – I Just Shipped My Pants

The ad was deemed brilliant by some and vulgar by others, but regardless of the viewers’ opinion, Kmart successfully achieved its goal as they sure knew that the company could ship items to them for free.

We’ve got to give it to Kmart; with 10 million views in a few days, the company managed to create buzz with its irreverent ad.

In this heartwarming ad, Disney changes its brand messaging, shifting it from a fun vacation spot for the family to a magical destination “Where magic becomes reality” for all children around the world.

In this TV ad, a fluffy little duck finds a booklet about the stories of Donald Duck. As the days go by, he starts identifying himself with Donald Duck and dreams of being like him. Unfortunately, one day, the adorable duck loses the book and is heartbroken. But all’s well that ends well like in any Disney fairytale as the duck eventually meets Donald Duck, his hero when he visits Disneyland.

The storytelling is on point and beautifully captures the magic children and adults alike experience at Disneyland Paris. What’s more, the soundtrack “The Impossible Dream” adds a moving factor to this touching commercial.

What if we told you that the famous brand managed to create a connection between their audience and a lamp? That’s right, in its iconic “Ikea Lamp’’ commercial back in 2002, the company managed to create a moving video that went viral using the story of a lamp. This incredible ad has even been deemed one of the most creative ads in advertising history.

In the ad produced by genius musician and filmmaker Spike Jonze, a lamp gets replaced by a new one and left on the pavement. And what might sound like the most boring story ever turned out to be an instant hit with Ikea’s audience.

Why? Because the incredible storytelling abilities of Spike Jonze and his team, combined with moving music, elicited genuine feelings of sadness from the audience. And besides creating this unusual emotional bond between people and a lamp, the genius of this ad is that it still manages to turn this moving story into a funny one using a hilarious ending!

The ad was so successful that Ikea produced a sequel in 2018 with a happy ending for the lamp. 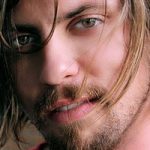 I’ve always had a passion for video. Even as a kid folks were always asking me to take the camera out of their face! As I grew, I realized this was my calling. But I had no idea how big a medium video would become. Over the years, as I watched video grow I grew with it. I learned not only the skills required for making a high quality video, but the marketing techniques needed to bring in the best results.

I also enjoy a unique work relationship with my clients because I listen carefully to their expectations and concerns. That why so many of our clients return again and again. Major clients like Hyundai, SONY, UC San Diego, SolarGuard, iLife, and many more.

New Evolution Video also works internationally with clients in a dozen different countries. The kind of the services we provide are diverse. We plan marketing and sales goals and how video will drive growth in these channels. We can ensure maximum value and frequent video content to coincide with content schedules. Help with goal and objective planning for digital marketing integration to include videos, refine promotions, features and benefits and to reflect on-brand messaging that brings results with videos.

How Long Does It Take To Produce A Video Production Project?

Video production generally takes up to four weeks. Let’s explore together how much it takes to produce a video project in specific and the whole process.

END_OF_DOCUMENT_TOKEN_TO_BE_REPLACED

What Are the Benefits of Video Marketing?

Digital marketers have been discussing the benefits of video marketing for years. Discover the data and statistics that back up the ROI video marketing can provide for your company.

END_OF_DOCUMENT_TOKEN_TO_BE_REPLACED

How Can Video Animation Help My Content Marketing Strategy?

There are several advantages to including animation in your content marketing strategy. Read more to learn what they are.