In addition to guest posting on the UpCity blog, Zco Corporation is featured as one of the Top Software Developers Agencies in the United States. Check out their profile!

Thinking about all the different technologies, languages, and developer lingo being spread around the web can be overwhelming to someone just looking to get started. Talking directly to someone out there that has an idea for an app and has put in some work to fund and plan out the business, fear no more. This post aims to guide you in the right direction when it comes to choosing the right mobile app development process for you. There are numerous reasons to choose a language or platform, but this focuses on describing how native app development is beneficial to long-term success and why you should spend your time and efforts on building native.

When deciding upon what types of technologies or resources you might need for a software development project, there will always be discussions among your team. These discussions may be for deciding upon the design, what platforms to support, how long it should take, or the best technology to choose to make up the stack. Today we will give you five reasons why native mobile app development is the best fit for your project and consider some factors before jumping into a project headfirst.

So, What is Native App Development?

Native apps are for a specific mobile device. In the iPhone scenario, native apps have been built with Objective C and more recently built with Swift. For Android devices, native apps were being built using Java due to its long-time support and spot in the developer community; it has now been further enhanced by introducing Kotlin, which aims to improve in areas where Java was lacking.

The reason why an individual or business would choose to develop an application either through native languages or through cross-platform technologies comes down to their specific needs, timeline, length of focus, and budget. Although there are numerous reasons to choose native development over hybrid, the starting point will come when considering what features your app will have and if it requires device-level functions or authorization.

If your app idea would want to connect to Bluetooth, this type of feature requirement should be mentioned to your team early in the development and documentation process. While hybrid and progressive web applications can have difficulties when dealing with a devices’ Bluetooth functions, the safer bet, in the long run, would be to engage in a native method.

Native apps integrate into mobile phone’s hardware, allowing for access to Bluetooth, camera functions, contacts, microphones, and near field communication features like airdrops and Samsung-specific communications, among others. This is one reason developers choose to develop with native technologies. Native apps also work best on applications using sensors for GPS tracking and analyzing different types of movement using accelerometers. These types of use cases are common in the IoT or Internet of Things space. It could be the case of using Bluetooth, LoraWAN, or even other long-range communications to interact with smart products, monitor vehicle health, or even control a building or room’s temperature and humidity through embedded hardware. Depending on if you are a commercial property or a residential property, the types of devices can vary, but for simplicity’s sake, think of the Nest thermostat for its smart room control and automatic adjustments according to your preferences and habits.

When planning a digital product to aid your business for the long term, native applications simply make the most sense. So, an initial longer development cycle and higher upfront costs will provide a more well-constructed framework for your app to build on in the future. The same premise is applied when choosing the materials in a building project. The cost and strength of metal exceed those of wood, but each has its own designated ideal use cases.

Open world exploration applications are a great example of native feature capabilities and how robust you can create an application. The world saw a huge influx of usage of the Pokémon Go application, but several tourism companies are looking to build their own version of this experience. Much like with Geocaching. In these applications, they will leverage specific sensors such as the gyroscope, accelerometer, device’s GPS location and historical travel, and the actual camera to provide augmented reality experiences to users as they travel and explore the real and virtual worlds.

If you are looking to develop a mobile game and have the time and budget for it, a native application is the smartest move. When creating mobile games, the user experience is the most crucial part. Users will continue to play a game if it offers smooth operation and incentive to continue through push notifications and robust features and gameplay. If you decide to skimp on the game’s usability, all you are left with is a “laggy” game that people get frustrated by and choose to uninstall.

What are some reasons generally for why you would want a native application? For situations and circumstances:

Given the examples above, what are the reasons to go native?

Faster to the Finish Line

Because they are native to their respective platform, they have a quicker operation. Many design elements come as a base prerequisite. The user data is fetched from the web rather than the entire application, and since they work with the device’s built-in features, they are speedy. Due to the nature of native apps having a singular focus, they have the benefit of quicker and more stable performance. When it comes to allocating and using the data and power of the mobile device, native apps are commonly more efficient compared to other mobile app frameworks. Bringing it back to the user interface of the device itself, native apps are tuned to give users a more personalized and instinctive experience by emulating that device’s interface style.

Native apps offer a heightened level of security and reliability. Native apps are written in the standard native languages or the “core”. This allows for a development team to create an app for a specific platform that will give better protection and has a higher requirement for security during the QA process. The native development languages have more frequent security and performance updates. Another level of security comes from the ease of integrating multi-factor security methods in native apps. When it comes to the control of the application after it is downloaded from the store, if there is an issue, the developers can remove the application from a user’s phone remotely, which brings up an entirely different conversation about user privacy.

Prominently you will hear developers mention that native apps offer a higher level of user experience. As native apps are made to conform to the platform of your choice, they follow strict guidelines and take advantage of top-level libraries and resources. For instance, if you are trying to release an app to the iOS App Store, you not only have access to Swift documentation and tools but also anything and everything that Apple provides in terms of the SDK. This creates an instinctive and natural feel to the app’s operation. The goal for native apps is to make them feel like an extension of how you use your phone daily.

Use Them Even When Your Internet is Spotty

Now there are progressive web applications and hybrid apps that can work in an offline mode, but it is more common to see native apps perform at the same level as if the user had an internet connection. This is highly dependent on if the app needs to connect to, say, a leaderboard or forum, but if it involves something like documentation, it is fully accessible offline. If you have limited or no service at all in places like a subway or tunnel, you will still be able to access your apps.

The accessibility to the best resources and developers means that since Java and Swift, Objective C, and Kotlin have been around for a longer duration and operating in a production environment, more developers focus on these languages. Most commonly, native mobile app developers with some web development experience will learn hybrid languages like React Native or Flutter, not the other way around. You will have an easier time finding experienced developers with a strong portfolio if you ask to learn more about what projects they have done using native development languages.

Although we have only highlighted the positives here, one issue with native app development is that you need to create a codebase for each of the platforms you wish to support. Whether this is a Kotlin app for Android, a Swift app for iOS, and so on, one set of code is specific to that platform, and it can’t be used on the other. Having to create code for multiple platforms drives up costs. Not to mention the effort needed to maintain and update the codebase for each version. And then, every time there’s an update to the app, the user must download the new file and reinstall it. Taking another piece of a user’s device storage, which depending on the person, can be the deciding factor as to if they keep your application or delete it.

This aside, there are plenty of reasons you would want to create a native application, but hopefully, the ones given above have given you some clarity on how to move forward. In terms of the next steps, you should decide on the core of what you are looking to have done and find a competent development team to help you achieve your goals. If you are curious about different types of languages and platforms that mobile apps run on and are being provided you can always do some more exploration in order to better prepare yourself for this process. Get as much information on and review portfolios of each prospective developer in order to pick the right fit for your needs. As always though, keep innovating and forging ahead in this new digital-centered world. 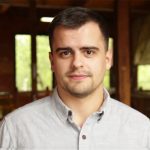 Dalton is a marketing specialist at Zco, one of the top mobile app development agencies in the U.S. Zco has been developing custom software for over 30 years and has made over 1000 apps for its clients. Dalton is also a proud dog dad to 3 good boys, a disc-golf expert, and strongly interested in mobile applications that integrate with hardware and IoT devices.

What Are The Pros And Cons Of WooCommerce Vs Shopify?

END_OF_DOCUMENT_TOKEN_TO_BE_REPLACED

What Is the Difference Between Augmented Reality and Virtual Reality?

END_OF_DOCUMENT_TOKEN_TO_BE_REPLACED

Angular vs React: The Key Differences and Use Cases

Table of Contents The Key Distinction Between Angular.JS and React.JSData BindingUse of DOMLearning CurveNative App DevelopmentCode Learning CurveUI Design ElementsWhich is Better: AngularJS or ReactJS? In addition to guest posting on the UpCity blog, Cloudester Software LLC is featured as one of the Top Mobile App Development Agencies in the United States. Check out their […]