CIENCE is a leading B2B outbound marketing company. Our unique approach to lead generation, multi-channel outreach, and appointment setting have been proven to predictably fill top-of-funnel sales with highly-qualified leads.

CIENCE is a People as a Service (PaaS) that combines the best of talent and technology. From hand-curated named-account lists to multi-channel messaging, our orchestrated outbound campaigns provide a human touch with high-tech precision.

We are proud to serve companies large and small, from startups with a brilliant idea, to some of the world’s largest enterprises. Clients include: Google, Okta, Uber, Yamaha, iGenomX, Microsoft, SAP, Segment, Tuxedo Air, InfiniteMD, SendBird, US Bank, Dolby, and Myers-Briggs. 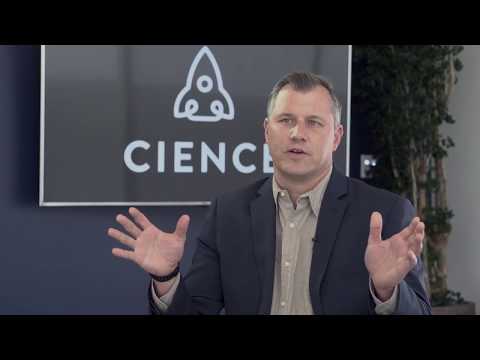 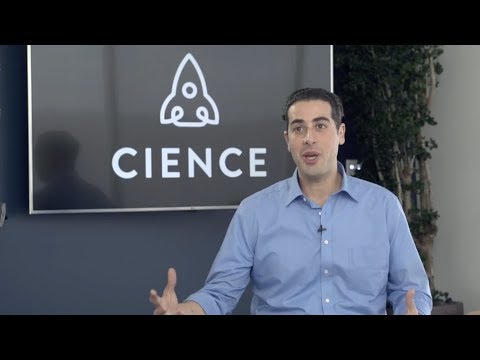 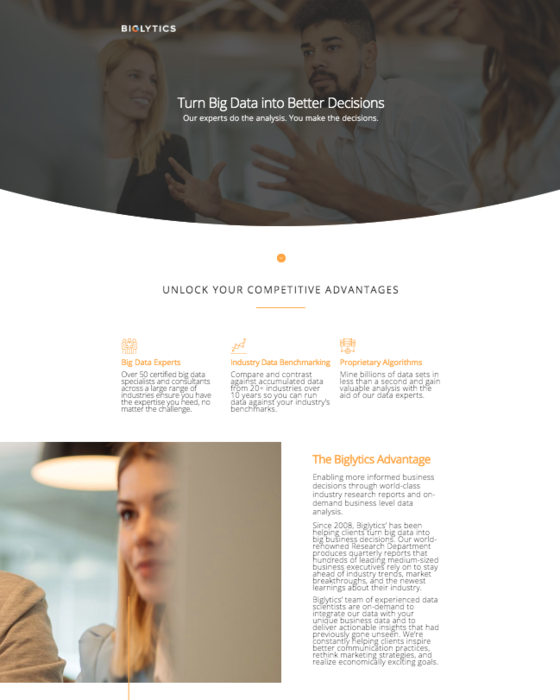 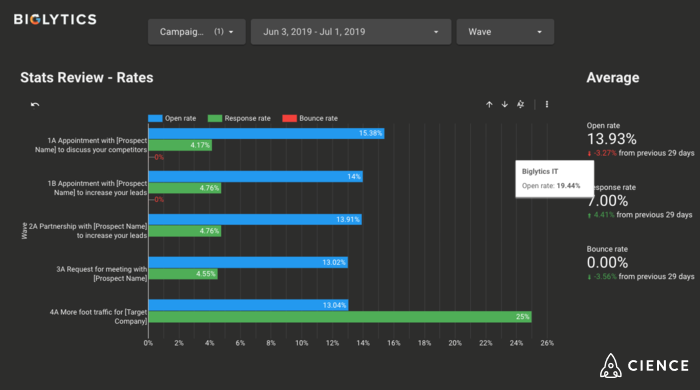 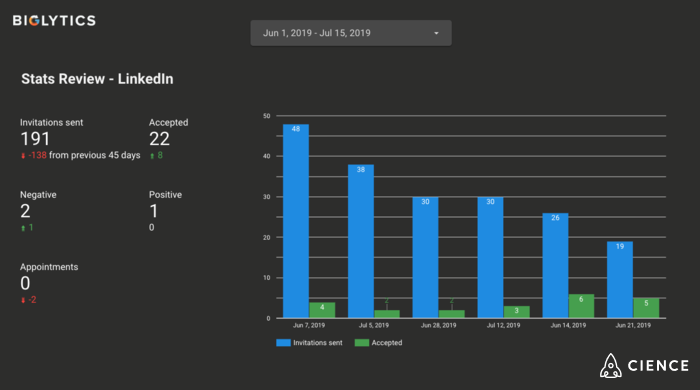 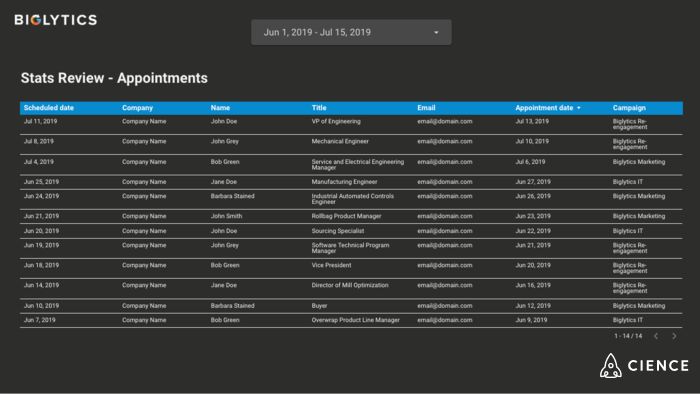 4 Hacks to Help Your Business Get More B2B Clients | UpCity
How do you cut through the noise and get new B2B clients in a sales environment that’s constantly changing? Learn with these hacks...
Read article on UpCity.com

How Outbound Marketing Increases Inbound Conversions | UpCity
How does direct traffic show the effectiveness of your outbound marketing campaigns? Learn this and more in this post....
Read article on UpCity.com

Cience and their disciplined approach to cold outreach has been a valuable tool for our business. Having access to Cience assets that specialize in different skill sets like email/LinkedIn + voice call + sector research + strategy is like having that one unicorn employee that can do it all! Cience's outreach program of give/give/give of helpful data or info and, only thereafter, ask for the meeting highlights their patient approach that can generate top notch results!
Ian R. Lazarus
01/17/2022
1/5 |
read full review
Validated by UpCity
Communication
3/10
Knowledge
2/10
Budgets
$10k+
$2k - $5k
more...
Email Marketing
Telemarketing

I was a big believer in this program until I became a customer. Unfortunately, the company cannot seem to get much of anything right, and after 5 months, I’ve seen only a couple appointments. On the positive side, the company has good intentions, and what appears at first glance a solid formula. The execution, however, resulted in one mistake after another which taken together, threatened to harm our brand. The first problem was with the simple sourcing of contacts. I made clear that we wanted to target mid-size general “hospitals” but for the first 4 weeks of lists coming across for review there were so few qualified leads, they could not source the 35 contacts per day they promised to outreach. Anyone with the ability to read could clearly see the lists were NOT hospitals, so it was a mystery why I was being asked to evaluate them. Finally, I suggested the use of NAICS codes to identify hospitals, which was something their CMO suggested they would typically do, however, at the lower levels of the company it seemed they did not know what an NAICS code was. Other execution efforts were problematic: they created a signature line for my assigned rep but the phone number on it was wrong. Then they fixed it, but the voicemail did not work. Then they launched a landing page that, within a short while, no longer functioned properly because links were broken (as far as I know, they don’t follow up with people hitting that page either). The concept of quality control for their activities seems nonexistent. Then there is the revolving door. When I complained that my account manager was not answering my simple questions, they replaced him with a new employee. By this time, it was clear the program was failing, and any other company would probably assign a veteran, senior manager to ensure the failure was resolved quickly. The night before our outreach campaign was set to begin, I was told that my project manager was going on vacation – worst possible timing. I now find the excuse hard to believe because that person never returned from vacation and is no longer with the company. In fact, there has been a constant shuffling of people assigned to or supervising my account. Just the other day, the second project manager assigned to my account announced she was leaving the company. In response to my frustration my AM wanted to set me up with a manager that is senior to her in the company to repeat what I’ve been saying all along. Then she left the company, and a week later, the person responsible for sourcing contacts left the company too. They replaced my AM with another new hire. I’ve come to distrust much of what this company tells me because even the data coming across from their activities makes no sense to me. By the time of the 6th week of outbound calls, the company was over 500 contacts short of the promised 35 contacts per day. When I showed this to them on a spreadsheet (and it's a problem that I even had to), they miraculously contacted 690 in 2 weeks, but performance did not change. Do the math and you’d be as suspicious as I am that the activity really happened, but bottom line is I’ve not seen results. Throughout this experience I’ve made my concerns known, and I’ve never been challenged on my expectations of one demo per week of our product. This should not be hard to achieve, we are not a start-up, we are a 22-year-old company with a product already proven to be commercially successful. We have boatloads of collateral, references, videos, sales tools, etc etc to be leveraged in this project. When I spoke to the CMO on a few occasions, he validated my frustrations and extended our contract, but nothing changes. I notice now a number of zero star reviews on this company that I did not notice when doing my initial due diligence. I noticed the CMO responded to a few to defend the company’s practices. Note that I sent this review to the company one full month before the end of the contract to warn this review was coming. There was no response from any senior staff. The program just continued to fall apart. During the last month of service, they assigned yet another AM who was probably the best of the bunch, but by this time all confidence was lost and I canceled the contract. This is not rocket science. But it’s not science, either. It's a disaster.
Tom Glaszek
01/11/2022
5/5 |
read full review
Validated by UpCity
Communication
8/10
Knowledge
8/10
Budgets
$2k - $5k
$2k - $5k
more...
Outbound Call Center
Marketing Consulting/Strategy
Email Marketing
Demand Gen

The CIENCE team did an excellent job initially in understanding our business, and launching a flagship campaign. They were very open to utilize and adopt our own video product and tools for their outreach processes and strategy and which was terrific. And they remain focused on our success, willing to pivot as our priorities change and evolve as well. Great job!
Verified Reviewer
12/22/2021
5/5 |
read full review
Validated by UpCity
Communication
10/10
Knowledge
10/10
Budgets
Unknown
Unknown
more...

We feel so lucky to have such a strong strategic partnership with Cience! We are impressed with the dedication and cooperation of their team and have confidence that they will steer us in the right direction for the success of our cold activation pilot program.
Back to Top
Showing 1-5 of 52
52 Reviews in Total
73%
25%
0%
0%
2%
98%
Positive

Verified
5/5
Marisa Balbo
DCI has been working with Cience for over 3 years now and we have an excellent partnership! Our target audience is very niche and usually hard for a 3rd party to understand, but not Cience. They do a great job with market research, strategizing, booking our calls, and email cadences to our target audience. They also work quickly on project and can handle multiple projects at a time exceptionally. They are also great at giving us a nudge when they are needing something from our side. Thank You Cience for all you have done for us!
more >

Verified
5/5
Jared Petrie
Cience does a phenomenal job of managing the clock and resources. Their performance metrics are broken down in a digestible format and they will work with you to continue to dial in your message to help increase conversions.
more >
READ MORE REVIEWS