In addition to guest posting on the UpCity blog, Mystic Media is featured as one of our Top Software Developers. Check out their profile here.

Mobile app marketing is an elusive and constantly evolving field that is becoming more important in marketing strategies. For mobile app developers, getting new users to install games is relatively cheap at just $1.47 per user, while retaining them is much more difficult.

It costs on average $43.88 to prompt a customer to make an in-app purchase according to Liftoff. An effective digital marketing strategy will make or break your UI—and your bank. In 2019, in-game ads made up 17% of all revenue. By 2024, that number is expected to triple.

2020 was a year that saw drastic lifestyle changes—mobile app users were no exception. What trends are driving app developers to refine their messaging and development tactics in 2021? Check out our rundown below.

In-app bidding is an advanced advertising method enabling mobile device publishers to sell their ad inventory in an automated auction. The technology is not new—it’s been around since 2015 when it was primarily used on a desktop. However, over the past few years, both publishers and advertisers have benefited from app-bidding, eschewing the traditional waterfall method.

In-app bidding enables publishers to sell their ad space at auction. Advertisers simultaneously bid against one another. The dense competition enables a higher price (CPM) for publishers. For advertisers, bidding decreases fragmentation between demand sources since they can bid on many at once.

We have long championed rewarded ads on the Mystic Media blog. Rewarded ads offer in-game rewards to users who voluntarily choose to view an ad. Everyone wins—users get tangible rewards for their time, publishers get advertising revenue and advertisers get valuable impressions. This method adds to the user experience.

App usage data from 2021 only increases our enthusiasm for the format. Seventy-one percent of mobile gamers desire the ability to choose whether or not to view an ad. 31% of gamers said rewarded video prompted them to browse for products within a month of seeing them. Leyi Games implemented rewarded video and improved player retention while bringing in an additional $1.5 million US.

Playable ads have emerged as one of the foremost employed advertising tactics for mobile games. Playable ads enable users to sample gameplay by interacting with the ad. After a snippet of gameplay, the ad transitions into a call to action to install the game.

The benefits are obvious. If the game is fun and absorbing to the viewer, it has a much better chance of getting installed. By putting the audience in the driver’s seat, playable ads drive increased retention rates and a larger number of high lifetime value (LTV) players.

According to Business of Apps, HyperCasual games accounted for 31% of mobile game downloads in 2020, a major jump from 17% in 2019. The Pandemic and subsequent lockdowns have driven more casual gaming. The proliferation of Playable Ads has opened up a uniquely suited platform for marketing these games, giving users a taste of the simple and engaging gameplay they can expect should they choose to download.

One of the most popular HyperCasual games is Helix Jump, which has accumulated over 200M downloads to date.

As we are bombarded with more and more media daily, finding a way to deliver a concise message while cutting through the clutter can be exceptionally difficult. However, recent research from MAGNA, IPG Media Lab, and Snap Inc. shows it may be well worth it.

Studies show short-form video ads drive nearly identical brand preference and purchase intent as fifteen-second ads. Whereas short-form ads were predominantly employed to grow awareness, marketers now understand that longer ads are perceived by the user as more intrusive, and they can get just as much ROI out of shorter and less expensive content.

Check out the graph below, breaking down the efficacy of 6 seconds vs. 15-second ads via Business of Apps.

Mobile advertisers need to think big picture in terms of both their target customer and how they format their ads to best engage their audience. While the trends we outlined are currently in the zeitgeist, ultimately what matters most is engaging app users with effective content that delivers a valuable message without intruding on their experience on the app.

For supplementary reading on mobile marketing, check out our blog on the Top Mobile Ad Platforms You Need to Know for 2021 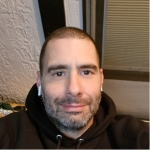 Christopher Silvestro is an accomplished business innovator with more than 20 years of experience in software, mobile application, and website development, as well as object oriented programming. As CEO of Mystic Media LLC, he and his talented team have established Mystic Media as one of the leading interactive design and software development firms in the United States

Use Hubspot to Supercharge Your Marketing Efforts

How do you maximize your marketing? For businesses of all sizes, particularly small to midsize organizations, it’s HubSpot.

END_OF_DOCUMENT_TOKEN_TO_BE_REPLACED

Artificial Intelligence and Machine Learning in Software as a Medical Device

AI has long shown promise in aiding doctors in diagnosing and treating patients, and this is growing at an accelerating rate.

END_OF_DOCUMENT_TOKEN_TO_BE_REPLACED

As the eCommerce industry continues to rapidly grow, now is the time to consider starting an eCommerce business of your own. We spoke with several entrepreneurs in the eCommerce space to gather their tips for building a profitable business.