In addition to guest posting on the UpCity blog,  Company 119 is featured as one of the Top Pay Per Click (PPC) Agencies in the United States. Check out their profile!

Depending on who you ask, you’ll be told that Google Smart Campaigns are either wonderful or a complete waste. In general, however, Smart Campaigns can significantly help the users they were designed for—small to midsize businesses. Larger businesses that have an in-house marketing team or those that outsource their marketing to proven digital agencies typically prefer to use standard campaigns to promote their goods or services.

To put it simply, Smart Campaigns can be highly effective at achieving your business goals. However, their true effectiveness in a given instance depends on various factors, such as whether you would have had more bankable success with a standard campaign.

Who Should Use Google Smart Campaigns?

In many cases, it’s wise to use Google Ads Smart Campaigns instead of standard campaigns if you own a small to medium-sized business.

A lot of entrepreneurs wear several hats during the course of a single business day, which means they often don’t have enough time to manage their online ad campaigns the way they should be managed. Even if you do have the time to devote to managing your digital advertisements, you may not have the expertise required to get the most out of your ads.

If you lack the time or expertise to constantly optimize your digital ads, Google Smart Campaigns are likely the best choice to promote the products or services your company sells. Running standard digital ad campaigns requires a lot of hard work because they inherently have a host of factors you need to control to improve the performance of your ads, such as keywords, bidding, and many more.

By contrast, a Google Smart Campaign manages your campaign for you after you initially enter some basic information, such as your business goals. Over the course of your campaign, Google will employ artificial intelligence to tweak your ads and overall campaign so that they’re continuously optimized.

As we mentioned above, Smart Campaigns require less time to manage because Google’s algorithm makes most of the decisions needed to optimize your campaign for you. A Smart Campaign can save you time in another context, too—setup. Setting up a Smart Campaign only requires you to enter a few pieces of information. For most individuals, it only takes a few minutes to enter the necessary information and launch their Smart Campaign.

When launching a Google Smart Campaign, it’s important to remember that Google will adjust your campaign based on its success in achieving your goals or its lack thereof. With that in mind, it’s vital to identify goals that accurately reflect what you want your campaign to achieve.

Simplicity is built into Smart Campaigns—and it’s obvious right from the start. Whereas it could take hours or days to set up a standard campaign, even people who are brand new to digital marketing can set up a Smart Campaign in less than 15 minutes.

After your setup is done, Google will automatically generate your ads, target specific audiences in your area, and show your ads on Google Maps. Depending on various factors, such as the type of business you run, Google will pick ad placements that are the most likely to enable your campaign to achieve your designated goals.

Even reviewing your campaign’s performance is easier with a Smart Campaign than it is for a standard one.

The summary of your campaign’s performance is comparatively paired down so you can review critical metrics with a mere glance and a scroll of your mouse. At the top, you’ll see a preview of your ad, your company’s information, and your campaign goals. You can scroll down to see five KPIs in the middle of the report. You’ll find your ad settings at the bottom of the page.

While you might be eager to get started with a Google Smart Campaign, you should know that you must satisfy certain requirements to do so. The specific requirements you have to satisfy mostly depend on the type of Smart Campaign you choose, but all Smart Campaigns require you to register with Google My Business and get a listing on Google Maps. Smart Search Campaigns, Smart Display Campaigns, and Smart Shopping Campaigns are the advertising options available to you.

You have to satisfy two criteria to launch a Smart Search Campaign. First, your Search Network must have recorded at least 100 conversions within the last 30 days. In addition, your cost per acquisition can’t be too low.

The requirements to launch a Smart Display Campaign are similar to the ones for Smart Search Campaigns. The main difference between them is that, rather than needing to record a minimum of 100 conversions on your Search Network, you must have gotten at least 50 conversions on the Display Network.

Out of the three available Smart Campaigns, the criteria for Smart Shopping Campaigns are the most stringent. To launch this type of campaign, you must:

Where Google Will Display Your Smart Campaign Ads

Google displays Smart Campaign ads on its Search and Display Networks. Each network will enable your advertisements to reach consumers who are at different stages in their respective purchasing journeys.

Search ads appear on the SERPs Google generates for users, and you’ll find them at the top or bottom of a SERP with the label “Ad.” These ads typically reach people who are actively searching for the specific services or products your business sells. The great thing about this type of ad is that search ads appear in SERPS at the exact moment people are looking for something precise to satisfy a need or a want or to solve a problem.

Display ads can appear on any of the over two million websites that comprise the Google Display Network. This kind of ad is displayed for people who’ve expressed an interest in the type of business you operate. As you may have guessed, users generally encounter display advertisements earlier in the buying cycle, before they even Google search for specific goods or services.

Will a Smart Campaign Increase Your Conversions?

In the context of Google Smart Campaigns at least, a conversion occurs when someone clicks your ad and then proceeds to do something that you’ve defined as meaningful or valuable to your company. Please note that not every conversion represents a sale. A person calling your business, visiting your brick-and-mortar store, or exploring your website are all possible conversions you may benefit from thanks to a Smart Campaign.

Although there is no guarantee, the odds are good that a Smart Campaign will improve your conversion rate, particularly if you entered the relevant information accurately when you set up your campaign. From the moment you launch a Google Smart Campaign, Google’s technology will constantly adjust your campaign strategy to predict how likely it is a potential customer will convert and to get your ads in front of potential customers at the precise moments it’s appropriate to do so.

If Google anticipates a conversion correctly, the platform will attempt to repeat its achievement to further meet your pre-set business goals. When a person fails to convert, Google adjusts its approach in an attempt to prevent similar failures as it moves forward with your campaign.

What this means is that Google will use its artificial intelligence to give your Smart Campaign every opportunity to increase your conversions, and it will do so without requiring any input from you beyond the information you provide when you build your Smart Campaign. This capability will allow you to remain laser-focused on your core competencies while Google aids in achieving your business goals through your Smart Campaign.

Smart Campaigns: A Smart Starting Point for Many Small and Midsize Businesses

If you run a small or midsize business that has a local presence and you have a small staff and little time or money to run a standard Google Ads campaign, then a Smart Campaign is a great way for you to dip your toe into the digital marketing waters. Formerly known as AdWords Express, Smart Campaigns have the very real potential to drive paying customers to your website and/or storefront without burdening you with having to create or manage your PPC advertisements or breaking the bank. 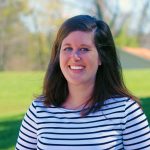 Lisa Kellogg is a lead copywriter at Company 119, where she develops and executes content strategies and digital marketing campaigns that incorporate paid advertising, SEO, social media, and local search. Lisa has more than a decade of experience in content marketing and editorial production, including a background in educational publishing and higher education communications.

How To Calculate Your PPC Budget: A Guide For Healthcare Companies

We’ll take a deep dive into the seven steps (and essential rules) healthcare agencies should follow when calculating your PPC budget.

END_OF_DOCUMENT_TOKEN_TO_BE_REPLACED

How to target the right audience, drive your brand awareness through the roof, and learn how to launch the most compelling Facebook ads.

END_OF_DOCUMENT_TOKEN_TO_BE_REPLACED

Data transparency is affecting PPC advertising. Read more to see why the future of PPC ads will include compliance with data governance.