In addition to guest posting on the UpCity blog, Dualboot Partners is featured as one of the Top Software Development Companies in the United States. Check out their profile!

Our country has more open tech jobs than it can fill.

That’s not a new storyline and certainly not a new problem. But in July, the NC Technology Association quantified the extent of it.

What they found was stunning.

There were 40,576 open technology jobs in North Carolina in July, which was not only a 42% increase over the same month in 2020 but was the largest number of open IT jobs the state saw in the last 13 months. Nationwide, IT job listings increased 60% to 1,229,124 in that time.

While the report shows growth for most major cities in North Carolina, Greenville, New Bern, and Goldsboro have seen tremendous increases of available IT jobs at 116, 118, and 528% respectively.

There is good news in these numbers. For one, they indicate North Carolina is growing as a hub for technology and companies looking to become leaders in digital transformation. More tech jobs mean there are more companies aggressively pursuing innovation, and innovation is good.

These numbers also point to an imbalance between supply and demand — too many tech ideas and not enough tech talent to build them — which was one of the reasons we launched Dualboot Partners. Like all good technology entrepreneurs, we wanted to build something that would solve a problem. Turns out, we did.

But there’s a catch to all this opportunity: It’s only valuable if someone, somewhere can take advantage of it. And that’s where we continue to come up short.

Let’s break this down.

The tech industry is one of the fastest-growing markets in the U.S.

In fact, projections released by the Bureau of Labor Statistics in January indicated that STEM employment is expected to grow faster than any other field. STEM occupations in the U.S. are set to increase by 8% by 2029, which is more than double the 3.7% predicted for all other jobs. The bureau also predicts that computer jobs will see the second-highest amount of growth behind mathematical science occupations, which make up a smaller overall slice of the STEM pie.

While that is significant growth, the field should actually be seeing a much larger explosion and could grow exponentially faster if there were skilled workers available. The jobs are here, but the majority of the people who can do them are on the other side of the planet.

When it comes to education, there is a big difference in how different countries prioritize STEM.

The educational system in this country, for instance, is not building the next generation of technology leaders. We hammer home the importance of STEM for young people in general, and yet it’s still considered a nice to have, not a must-have.

That’s not the case in other parts of the world. Consider this: In 2016, China was home to 4.7 million recent STEM graduates, according to the World Economic Forum. India had 2.6 million.

Census data from that same year led to a famous report that showed over 70% of Silicon Valley tech employees were foreign-born, indicating that U.S. education in the tech field is not cranking out enough talent to keep up with U.S. needs — or that international culture around technology education is currently more successful than it is domestically.

A decreasing number of international students in American universities, as well as a decreasing number of internationals who stay in the U.S. after receiving a degree here, have also contributed to the shortage. American STEM programs had seen growing numbers of foreign students seeking postsecondary degrees (especially from China and India) over the years. The majority of these students stayed in the U.S. to work, which helped fill those IT positions. However, that trend has seen a dip, exacerbating the supply/demand issue.

As you might guess, the educational picture currently isn’t much better among younger students in the U.S. than it is at the college level. The Organisation for Economic Cooperation and Development (OECD) recently ranked countries around the world based on the math and science aptitude of high schoolers. Not only did the U.S. not make the top 10; we ranked No. 28.

There are efforts under way to change these alarming statistics.

In 2017, the White House told the Department of Education to start spending $200 million a year on grants that promote STEM education and “particularly computer science.”

Coding bootcamps have popped up across the country — notably our friends over at Tech Talent South — but many of those drawn to the programs are lured in by high salaries rather than a passion for the work.

And passion, so often, starts when we’re young.

How many of us can trace our tech roots to the video game we loved as a kid, to the piece of equipment we stripped down to parts just to see how it worked, to the science projects we concocted in our garage? And if our educational system — and our culture as a whole — was designed to nurture those STEM interests from a young age, imagine the possibilities.

As we see time and again, nothing changes without a strong business case. We need to understand what a problem costs before we set about designing a solution. So that’s another bit of good in the numbers from the NC Technology Association report: We can see the problem now — in hard numbers and missed opportunities.

And what gets measured, gets changed. 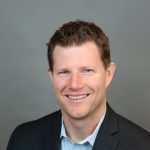 Todd’s career is anchored at the intersection of entrepreneurship, people, and digital. He has over 20 years of experience managing digital products and serving as a catalyst for growth. Before founding Dualboot Partners, Todd was a founding member of Elogex, Bella Tunno, Cloud Logistics, and Castle Digital Partners. He is an investor in post-revenue startups and is active in the local community. He serves on the boards of the Society of Information Management (SIM) Charlotte, Speedway Children’s Charity, American Football without Barriers, and Bounce Out the Stigma and previously was the Board President at the Charlotte Rescue Mission. Todd lives in Charlotte, NC with his wife Michelle and daughters Riley and Ella.

What Language Is Used to Develop Android Apps?

In this article, we will discuss probably the best programming languages for Android application development.

END_OF_DOCUMENT_TOKEN_TO_BE_REPLACED

Is Drupal An SEO-Friendly CMS Option?

Is Drupal an SEO-friendly CMS option? Read out the blog to know more about the best SEO practices and features of Drupal.

END_OF_DOCUMENT_TOKEN_TO_BE_REPLACED

What Are Common Types Of Cybersecurity Attacks?

Learn about the different types of common cybersecurity attacks and how to prevent them to protect your business.