In addition to guest posting on the UpCity blog, Orchard Digital Marketing is featured as one of the Top Content Marketing Agencies in the United States. Check out their profile!

Chances are, you hear the term “User Experience”, or “UX” for short, fairly often if you spend time in the digital marketing landscape. This hot topic has rapidly become a cornerstone of digital marketing strategies and strongly influences many of the products and services we use every day.

The term “user experience” encompasses any interaction, feeling, or experience a user has with a product, system, or service. This includes a website, web application, software, packaging, or even a physical product. UX intends to meet the exact needs of the user, or customer, in a frictionless manner that feels effortless and pleasant.

The Origins of UX

Believe it or not, the concept of UX has existed for millennia. Researchers have always been curious about how people interact with products and services and study this behavior to improve their products. Starting in the 1990s, the term “user experience” was officially coined by Don Morman, combining his work as both cognitive psychologist and designer, and became increasingly popular as more job titles started including the term.

While the term UX can be applied to nearly everything under the sun, today it is heavily associated with digital applications, like websites, software, and technology.

To the concern of many organizations, there is no overarching or widespread definition of a “good” user experience. Good UX looks different depending on the industry and the target audience, requiring organizations to spend time and money for testing and the collection of various data.

However, bad user experience is easier to recognize and comes in many forms such as slow load speed, hidden or confusing navigation, poor discoverability, etc. In fact, 88% of users are less likely to return to an organization’s website after a poor user experience and that number alone should tell you the importance of UX strategy and design.

UX is an umbrella term that involves user experience strategy, interaction design, user research, and information architecture. Experience strategy entails a holistic strategy of including the needs of both the customers and the company.

Interaction design encompasses how a user interacts with a system, including interactive elements such as buttons, animations, and other features. User research requires feedback from existing or potential customers in the form of qualitative and quantitative data to guide design decisions. Lastly, information architecture is the custom of organizing information in an intuitive and accessible manner.

At the heart of all these elements is a user focus. Since UX is guided by humans and based on humans, there will inherently be bias in design. A good UX strategy will work to remove or mitigate cognitive bias as much as possible, including confirmation, false consensus, anchoring, and more. These cognitive biases are caused by faults in our thinking process that ultimately impact decision-making.

In order to counteract these biases, designers and UX strategists can leverage empathy in design, and gradually woo users. Empathy for users can involve creating personas, empathy maps, accessibility, and designing a website with the “beginner” mindset.

At the end of the day, being able to understand the feelings and thoughts, and behaviors of the website visitors will allow organizations to effectively place themselves in the shoes of the customer. User empathy leads to user empowerment, a scenario in which website visitors feel they hold some form of control and ability to contribute.

Not only does this empower users, but UX will also increase brand loyalty. Strong UX is a technique for speaking “face to face” with your audience. Brands create bonds through due diligence and learning. Without that, customer loyalty withers away due to poor design and experiences.

A robust UX strategy should empathize with the audience, identify underlying issues or roadblocks, and collect data such as customer satisfaction ratings.

User Experience is oftentimes considered long-term and calls for ongoing testing and experimenting. Designers typically observe, hypothesize, execute, and measure, just like any other type of experiment. Success can be measured through benchmark comparison and goal setting.

HubSpot is an excellent example of a company that has seen strong returns after investment and re-thinking user experience on their site. This investment was in the form of testing new conversion methods, copy messaging, and visual treatments. Each of these experiments was complimented with feedback tools and user-oriented. The result of this initiative was a massive uptick in conversion rate, even tripling in some fields.

The long-term impact of strong UX is conversion – whether that’s a phone call, share on socials, or eCommerce checks out. It is a crucial part of sustainable success and should be prioritized just like growing revenue, winning new business, or retaining talent. For every $1 invested in UX results, there is an estimated return of $100.

We all know the difference between a good and bad experience whether it’s customer service, mobile responsiveness on a website, or the online checkout process. Of course, these customers are not typically aware of the investment and process that goes into user experience, but they can certainly tell when the necessary due diligence has been conducted.

In fact, over 80% of consumers are willing to refer after a positive experience. On top of this, over 90% of consumers trust referrals from somebody they know.

In conclusion, user experience serves many vital roles and is an initiative not to be ignored by organizations. UX holds many hats as it is a commitment to learning, testing, empathizing with consumers, and innovation. With investment in this category, an organization is likely to see leads follow. 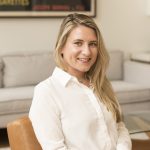 Heather takes a user-first approach in overseeing the creation of high-performing and engaging website experiences.  With her deep expertise in understanding user needs and mapping those to business and brand offerings, she architects site experiences that are rich with design, relevant with content, and easy to navigate. Heather leads all website initiatives at the agency and has been at the helm in studying a depth of data in the senior living category to create the optimal senior living website experience; one that engages and drives inquiries.

What does a UX Developer do?

END_OF_DOCUMENT_TOKEN_TO_BE_REPLACED

Whether it’s during the holiday season or any other time of the year, small business owners are always looking for an edge to help make their digital marketing efforts more effective and increase conversion rates. Limited budgets and time always lead business owners having to make hard choices about where to put their efforts in […]

END_OF_DOCUMENT_TOKEN_TO_BE_REPLACED

What Is User Experience Design? (And How To Incorporate It Into Your Website)

Are you unclear about what user experience design means and how you can use it to improve your website? Read our article to learn about it here