In addition to guest posting on the UpCity blog, Anderson Collaborative is featured as one of the Top Digital Marketing Agencies in Miami. Check out their profile!

A well-thought-out marketing and advertising strategy involves a custom-tailored media plan that allows a business to programmatically reach customers across the channels that will impact them the most. However, when it comes to public relations, the opposite often comes to mind with targeting instead reserved for earned media made possible through organic outreach versus paid placements. Yet, there are a few reasons why we should think twice when comparing the two as media planning and buying and PR actually go hand-in-hand when it comes to improving a client’s branding and awareness.

Advertising and PR Lines are Merging

Much like advertising, public relations has radically changed within the last two decades due to the continuous birth of social media channels and the pluralization of communication opportunities to reach a brand’s intended audience.

And while the heart of public relations storytelling itself may have not changed much, the bucket of responsibilities that fall under it most certainly has. Increasingly, public relations firms are leveraging both earned and paid media across various digital channels to tell their client’s stories and widen their scope. As you can imagine, this is often blurring the lines between the roles and responsibilities of a traditional PR firm and a digital marketing agency.

As a growth marketer, I believe that all of this falls under one overarching promotional strategy. There are various tactics that we employ to reach your audience, and it’s important to understand how each component feeds into the next. Likewise, it’s important to be authentic with your audience and tell compelling stories that they are interested in learning more about. You have to know and understand who your audience/demographic is and most importantly, why they should care.

Digital activities have become much more commonplace in public relations, for example, the act of distributing press releases via a digital newswire. These newswires are excellent for securing instant “wins” for clients across major platforms, but if you just stop there with outreach, the value becomes lost. You have to continue to utilize your strategy and focus on the types of publications and reporters that would be interested in further promoting this coverage. If your client is a new store opening in Los Angeles, how can you make sure the people who will be your eventual customers are reading this news? A well-written news release has already implanted a great mixture of SEO keywords, but now it’s up to the team to continue to keep the momentum going.

Additionally, once you have “earned” the news coverage, whether it be on a newswire or through further pitching, amplifying it across social media is necessary to increase its shelf life. In many situations, one good article can actually be your go-to content piece for many years. There’s an old saying that says “The buck stops here” – and in this case, it doesn’t. With so many different social mediums to utilize nowadays, a one-time republishing of an article on one channel is not enough. Utilize hashtags, like-minded accounts, influencers, and more to continue to keep breathing air into a piece.

Similarly, this is also the point where strategic media planning and buying come into the picture. According to HubSpot, 91% of people believe that ads are far more intrusive nowadays than compared to two or three years ago. Retargeting, when done improperly, can more or less feel like an invasion of privacy, giving people a feeling like they are being “watched” or followed online by an invisible stalker versus learning about things they’re interested in. I believe that leveraging PR “wins” in your overall strategic media planning and buying efforts allows for a company to help customers “discover” the product or business is represented in a way that feels like they are doing it on their own. The retargeting that is then done only nudges them across that finish line.

The overall strategy that we recommend involves leveraging PR wins as a “top of funnel” ad creative. To further prove this point, l will utilize a real example from one of our clients. JAMNOLA, which is an over-the-top, interactive art exhibit in New Orleans, has been fortunate to receive a ton of news coverage regarding their ongoing event. Our team oversees all of their digital marketing strategies and leverages this news constantly within our paid media efforts.

For example, we continue to use the articles that they were featured in, such as the Forbes article below, to be the “entry point” to having potential customers learn about JAMNOLA in general. Our firm promotes the articles specifically that article to our “cold” target audience, aka those who had never heard of JAMNOLA before, driving them to engage with the article.

While we cannot track the specific activity following the Forbes article read, we can track the fact that the cold target audience did engage with the PR post on social media, essentially putting this “middle of funnel” engaged audience to retarget. During the process, customers are driven to a third-party site which makes them feel like they are discovering the event for themselves and not forcibly being advertised to. In the middle of the funnel segment, we exclude any individuals that purchased a ticket already to the exhibit and instead approach them with retargeting advertisements. By expressing interest in the event through engaging with the content, the ad ultimately feels less intrusive and creates more of an “Oh, I remember that!” moment.

That’s why we believe in taking an organic approach to advertising which helps make the brand feel more genuine and accomplishes the goal of broader exposure.

The Importance of Advertorials

To some people, advertising within a print publication like a magazine or newspaper might seem like a tactic of a bygone era. However, when incorporated correctly into a media strategy, it can be a very effective way to reach a target audience and gain brand awareness instead of having them flip the page without a second glance.

Let’s face it – these days, some publications are either short-staffed or all-around desperate to generate revenue among budget cuts and their folding media counterparts. An “advertorial” can be a great way for a client to project their message within a publication. Instead of an “editorial”, which is an earned media placement that is often written up by a reporter in exchange for a complimentary experience or product (specific to a client), an advertorial is roughly 500-1,000 words and closely resembles the same structure. Oftentimes, the PR or marketing team has clear control over the content, being able to write it themselves and choose a selection of imagery to best accompany. We already discussed the importance of being genuine and this falls under that same category, mimicking a reporter piece but being able to monitor the overall messaging.

PR professionals may know well, that it’s not often we get to have control over our client’s media coverage – but this is an opportunity to do just that. It’s also a great way to amplify your media relations strategy and build relationships with additional media contacts.

Ultimately, print media should not be overlooked especially given its overarching reach – subscriptions, newsstands, complimentary copies at places like medical offices or recreation centers. The key is to make sure you’re targeting specifically to location, genre, and intended audience. And if you thought print publication was only reserved for exactly that, print, it’s time to revisit that idea. Social media, a website, and other channels can be carefully utilized to republish and continue engagement.

Likewise, advertorials also come in other media platforms, such as a broadcast form which is known as a “look live”. Similar to a regular Q&A news segment, talent from a local affiliate station is often utilized to promote the product through a brand spokesperson or thought leader. Often, these segments air during a commercial break or right at the end of a newscast sign-off, permanently living on both the station’s website and social media, and thus finding new eyes again and again.

And just because this is a more traditional media does not mean that you need to be unsure of what the results are that you’re getting from it. For example, you can employ call tracking tools like CallRail to create a specific tracking number for advertorials to help track the actions generated. Similarly, if you are aware of your campaign flight time slots for broadcast, you can monitor website activity via Google analytics to match location and visits by the hour to infer what results you’re getting from this media outlet. You can also utilize unique URLs, coupon codes, hashtags, etc that are specific to your campaign to further increase attribution opportunities. Implementing a QR code is another great way to move someone to act on their mobile device.

A Well-Rounded Approach is the Solution

When it comes to getting results for your client and increasing their brand exposure, thinking outside the box and not stopping at just one channel is key. Consider a mix of both advertising and public relations to increase their visibility, track the analytics and broadcast their message to the world, putting them in front of the right audience and making them unforgettable.

CEO and Founder at Anderson Collaborative

Trevor Anderson is the CEO and Founder of the data-driven marketing and web development agency Anderson Collaborative in Miami, Florida. His team focuses on helping clients implement trackable marketing campaigns that are ROI-focused and insights-rich. Their team has received both national and local recognition as a top service provider on Design Rush, TopMarketingCompanies.com, and more. 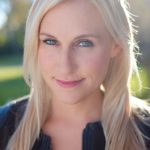 Kristen Skladd is the senior publicist at Anderson Collaborative. With over a decade of combined professional experience in the public relations and media industry, she helps her clients sharpen their image and gain exposure on a national scale. A former news reporter, she is a storyteller by trade. Kristen earned her BA in Journalism from Oakland University and resides in South Florida.

Keep reading to discover the benefits of Performance Max campaigns and to learn how to set up your first campaign.

END_OF_DOCUMENT_TOKEN_TO_BE_REPLACED

Why Should I Create Reputation Policies?

Learn what reputation policies are, how the global events of the last two years influenced brand reputation, and how to adopt a policy.

END_OF_DOCUMENT_TOKEN_TO_BE_REPLACED

Summer Marketing and Advertising Tips for Small Businesses in 2022

With each summer season, new digital marketing and advertising opportunities arise for small businesses. We spoke directly with the experts on their tips for maximizing brand awareness during the summer months.