How Similar Are Java and Python?

Take a closer look at Java and Python and discover their similarities, differences, and how to choose between the two programming languages.

Programming languages are becoming so ubiquitous that being fluent in one is almost as needed as being fluent in a foreign language. But there are several to choose from and the options can be confusing to decipher. In this article, we discuss two of the most popular programming languages—Java and Python. We will detail how they are each used for web development, when they are needed, and how to choose between them.

What is Web Development?

For a full explanation of web development, take a look at this UpCity article. Here we are going to focus on languages and the difference between dynamic and static websites, as they relate to Java and Python programming.

For the web or software developer novice, it may seem like all computer languages are used for similar purposes, but this is a misnomer. In the world of web development, there are programming languages and markup languages.

A markup language has a set of “Markup” tags that identifies the data and explains its purpose. For example, HTML (Hypertext Markup Language) is a markup language to display content and is used in static web pages. HTML is a simpler language to use and is associated with Front End Development

Web development has come a long way since AOL was synonymous with the internet. Now websites are navigable, easy to read, and have different levels of complexity to fit any business’s needs. To better understand the use of programming languages, like Java and Python, it is good to know the difference between dynamic and static websites, as well.

For those who have been using the internet since it became ubiquitous, they will remember when all websites were pretty “basic.” It was basically the equivalent of having a PDF as a website—lots of text, some photos, and not very pretty to look at. The web was full of what are called “static” websites. Static websites use markup languages like HTML to share images, text, and basic navigation like drop-down menus. Static websites have come a long way in the last 20 years, and they are perfectly adequate for many businesses that do not need more complex development to run their business. For many business owners, they are able to maintain a static website without an agency because the markup language is pretty easy to handle.

However, if you need a more complex website that employs the use of web applications, a “dynamic” website is your friend. In this case, programming languages like Java and Python will be used to create interactive elements on your site, including front-end and back-end scripts.

Front-end script is code language that the web browser translates to a visual on the screen. These scripts are responsible for everything that a user sees and interacts with. Back-end scripts connect to a server. Using dynamic typing with Java or Python, your business can have a more complex and useful website.

Java is a programming language first released by Sun Microsystems in 1995. It is a software-only computing platform and class-based language that has been designed to have as few dependencies as possible, meaning that it is not meant to be proprietary in its use. Java is so well used that programmers call it a “write once, run anywhere” syntax language, because of widespread use and has a general purpose. Java is object-oriented and uses bytecodes and virtual machines for processing. Examples of applications that are written using Java include Amazon, Wayfair, and mobile apps for Netflix and Uber. It is worth mentioning that Java and JavaScript are not the same languages.

Even though Java is a programming language that even the beginner would recognize, Python has been around even longer—since the late 1980s. And fun fact, it is named after the famed comedy troupe, Monty Python. Like Java, Python is a programming language that is used across all platforms and needs. Python emphasizes code readability, so it is easy to use. In fact, between Java and Python, Python code is used more with young people, including those as young as middle schoolers.

Java and Python: Positives and Negatives

Both languages have been around for a while and are the easiest languages to learn and use. So, what are the differences? When is it better to use Python vs Java and vice versa? Here we lay that out for you.

While Python has been around for a while, its popularity is continuing to rise. In fact, there are die-hard python writers that have created a niche community of this programming language. Some positives of using python are that it is much easier to learn and use than Java. In technical speak, Python has easier syntax rules. It doesn’t use indentation laws and doesn’t use enclosing braces which makes it easier to use. As a result, it is a more fluid style of writing code than Java as well, making it more versatile.

But Python isn’t perfect. Because Python uses an interpreted language instead of a compiler, the code can slow the processing down. One big negative is that you won’t see the issues with the code until it is live. Java, however, won’t let the application go live until all the bugs in the code are fixed.

The company that has powered Java, Oracle, states that Java is currently being used by over 3 billion devices around the globe. So, if accessibility and lack of propriety are your things, then Java code is a great option. Java is great because it is object-oriented, meaning that the code can be used in several places, making development faster. Java is also a great option because it is constantly being updated, making it secure and easy to use in the modern market. Additionally, Java can be faster than python because it is a compiled language making compile-time faster.

However, Java code has its negatives too. It can be more difficult to understand because the code follows strict syntax rules and can be lengthier than python code, slowing down memory and runtime, potentially creating poor performance. It has also been said that Java can be weak when creating more complex User Interface (UI) code which also contributes to slower performance.

How do I choose Between the Languages?

Now that you have an understanding of web development, static vs dynamic websites, and the two most common languages in the web development sphere, it is time to choose a language. Because these two languages are so commonly used, we invite you to consider a few questions to help you understand the key differences and decide which one you want to use for your application creation and/or maintenance:

What type of application am I creating?

Do I want to use a language that is easier to learn or more widely used?

While both are languages that are most commonly used by developers, Java is still used the most. This means that across all devices, your application will work easily if you choose Java. However, Python is quickly becoming THE language to use. If you are looking for a language that is easier to learn and adapt to, especially in the constant tech landscape, then Python is for you.

Do I want to use a cross-platform language?

If you have software that you want to use on multiple platforms, software environments, or operating systems (e.g., Android), Java could be a better solution. It is a general-purpose programming language, using JVM, that is perfect for multiple platforms.

Do I want a language with an extensive library?

Python has been around for a long time, which means that developers have created libraries for the code that are easily accessible; part of the reason why the code is so fluid and easy to learn.

Since Python’s syntax is easy to use and learn, when experimenting in data science, Python code is more commonly used. For industries dabbling in AI (artificial intelligence) and machine learning, Python is more suitable.

It is important to note that whichever language you choose, you will be choosing a versatile, relatively simple, and secure programming language. This means that finding a developer will not be difficult. Have you decided? Check out UpCity’s curated list of web developers that suit your Java programs or Python developer needs. 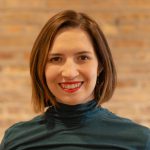 Haldis Toppen is the Director of Communications of the cultural exchange organization, Greenheart International. With 10 years of experience in leading marketing and communication teams, Haldis has a proven record of successfully leading national campaigns and international programming. She is passionate about bringing the right message to the masses and finding those audiences who need to hear it!

What Are The Pros And Cons Of WooCommerce Vs Shopify?

END_OF_DOCUMENT_TOKEN_TO_BE_REPLACED

What Is the Difference Between Augmented Reality and Virtual Reality?

END_OF_DOCUMENT_TOKEN_TO_BE_REPLACED

Angular vs React: The Key Differences and Use Cases

Table of Contents The Key Distinction Between Angular.JS and React.JSData BindingUse of DOMLearning CurveNative App DevelopmentCode Learning CurveUI Design ElementsWhich is Better: AngularJS or ReactJS? In addition to guest posting on the UpCity blog, Cloudester Software LLC is featured as one of the Top Mobile App Development Agencies in the United States. Check out their […]