In addition to guest posting on the UpCity blog, Walt & Company is featured as one of our Top Public Relations (PR) Firms in the United States. Check out their profile here.

In the world of tech marketing, CES – The Consumer Electronics Show – has been the preeminent annual showcase for consumer technology innovation. From a tech public relations perspective, it’s been considered by most professionals to be the ultimate launchpad for new products; the industry’s undisputed main stage for positioning, promoting, and press coverage.

Then the pandemic hit. Within months of the COVID-19 shutdown, the “virtual trade show” came into its own, delivering a range of mixed results and varying opinions of value from tech marketeers. However, it wasn’t until Virtual CES 2021, the mother of all virtual trade shows, which ran from January 11-14, that the market would be able to determine if the virtual venue might replace the brick-and-mortar version, or if the two might take on a future hybrid form.

The following are five factors that we came away with from Virtual CES 2021:

Generating news coverage at CES has always been based to a large extent on the degree of innovation being showcased, the relative position of the tech brand, and the capabilities of the team, from the skills and contacts of its internal/agency PR up to the charisma of the CEO. This year, that continued to be the case, as evidenced by a wide range of announcements in varying categories. However, trade show news opportunities start with a more basic question: who and how many journalists, bloggers, analysts, reviewers, live-streamers, influencers, and other media professionals will be attending. Comparing the 2020 CES registered press list to 2021, there were only five (yes, 5) fewer people on the 2021 registered press list compared to 2020 – 3,356 vs 3,361. Moreover, the scope of meetings conducted for clients and coverage generated year over year was one and the same. Guess this proves the saying: the more things change, the more they stay the same.

Having developed and driven dozens of CES client PR initiatives, interacting with thousands of registered press, we found that editorial access was better this year. The most apparent reason: no one had to travel. I’m talking about the time it takes for the media to get to Las Vegas from wherever they started, from their hotels to any of the multiple CES venues – Tech West, Tech South, Tech East, and from one booth on the trade show floor to another. In 2020, there were approximately 4,500 exhibitors in booths ranging in size from 10×10 feet to thousands of square feet on multiple stories, spread across all venues totaling more than 2.9 million square feet of space. Not having to walk or ride/sit in traffic saved an enormous amount of time. My estimate is easily somewhere north of 25 percent. As a result, the media simply had significantly more time to do what they’re there to do…report the news.

If we weren’t all proficient at video conferencing before the pandemic, we’re all pros at it now. It’s counting on this comfort level that’s at the very heart of the virtual trade show. However, beyond convenience, virtual meetings provide the media with a wide range of benefits that allow them to operate more efficiently and, in many cases, easily produce richer, more varied content. This includes being able to easily record and insert video clips into what would otherwise be one-dimensional text coverage. Journalists also have an instant and easily archivable and searchable record of their work. And, as stated above, with more time available to actually produce output, media can schedule significantly more individual meetings. This enhances their news outlets but also benefits all CES exhibitors.

Cost: Much, Much Better

According to Las Vegas TV station KTNV, more than 175,000 people were expected to attend last year’s CES generating a local economic impact of almost three hundred million dollars in 2020. This is a financial boon for everyone involved in the business of making CES a reality and an extraordinary cost for those attending. But in 2021 this flipped. Virtually every business involved in CES up to this point – travel, booth development, signage, giveaways, you name it, were simply SOL. However, many exhibitors were able to garner the same, or near the same, sales and market visibility at a fraction of the cost. This includes some of the large brands that invested significantly in the development of virtual showrooms. For the PR teams, virtual press events replaced traditional press conferences and on-and-offsite press events.

Social Interaction: Not the Same

For all of us fortunate enough to be able to continue doing our jobs from home, work continues pretty much as it did before, but without a commute. However, what I hear consistently from almost everyone is that they miss person-to-person interaction. Zoom delivers face-to-face, but it’s just not the same. We heard this echoed by most of the media we dealt with during Virtual CES 2021. But more than that, the editors missed experiencing new technology. No virtual meeting can convey the tactile sense of holding an innovative new gaming mouse or typing on a strangely shaped new keyboard. You can’t get the same visual experience of watching a movie projected on a 12-foot screen by a brilliant new laser home theater projector; the full-body effect of a $10,000 new smart shiatsu massage chair; or the sense of immersion through advanced new AR goggles.

Like everything else in the tech world, I believe that the virtual trade show will continue to evolve, improve, and hold a place in most tech communications arsenals. I also believe that in-person trade shows will come back, but their digital transformations will continue to advance unabated, offering a range of new challenges and opportunities. 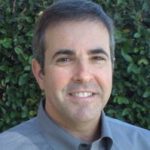 Owner and President at Walt & Company

Is the Press Release Dead? Not if You Know How to Use it!

END_OF_DOCUMENT_TOKEN_TO_BE_REPLACED

The Difference Between Reputation Management and PR

Learn the difference between reputation management and public relations (PR) and uncover how they complement each other.

END_OF_DOCUMENT_TOKEN_TO_BE_REPLACED

About the author Background DeeAnn Sims-Knight Founder at Dark Horse PR DeeAnn Sims-Knight is the Founder of Dark Horse PR, an award-winning agency located in Los Angeles, CA. A lover of all things public relations, brand development & social media strategy, she has been featured in leading business publications such as Forbes, Entrepreneur & Inc. […]