In addition to guest posting on the UpCity blog, Authentic Agency is featured as one of the Top Digital Marketing Agencies in Canada. Check out their profile!

You’ve probably heard the concerns for some time now. “Facebook ads are getting too expensive!” Should we be worried about it?

Relax and take a deep breath.

Despite the constraints by Apple iOS changes over the last year, Facebook ad campaigns remain a profitable platform for companies to reach, connect, and convert potential prospects into clients.

But, to formally address “how much does Facebook advertising cost?”, we’ll look at:

Why Should I Think About Advertising on Facebook in the First Place? 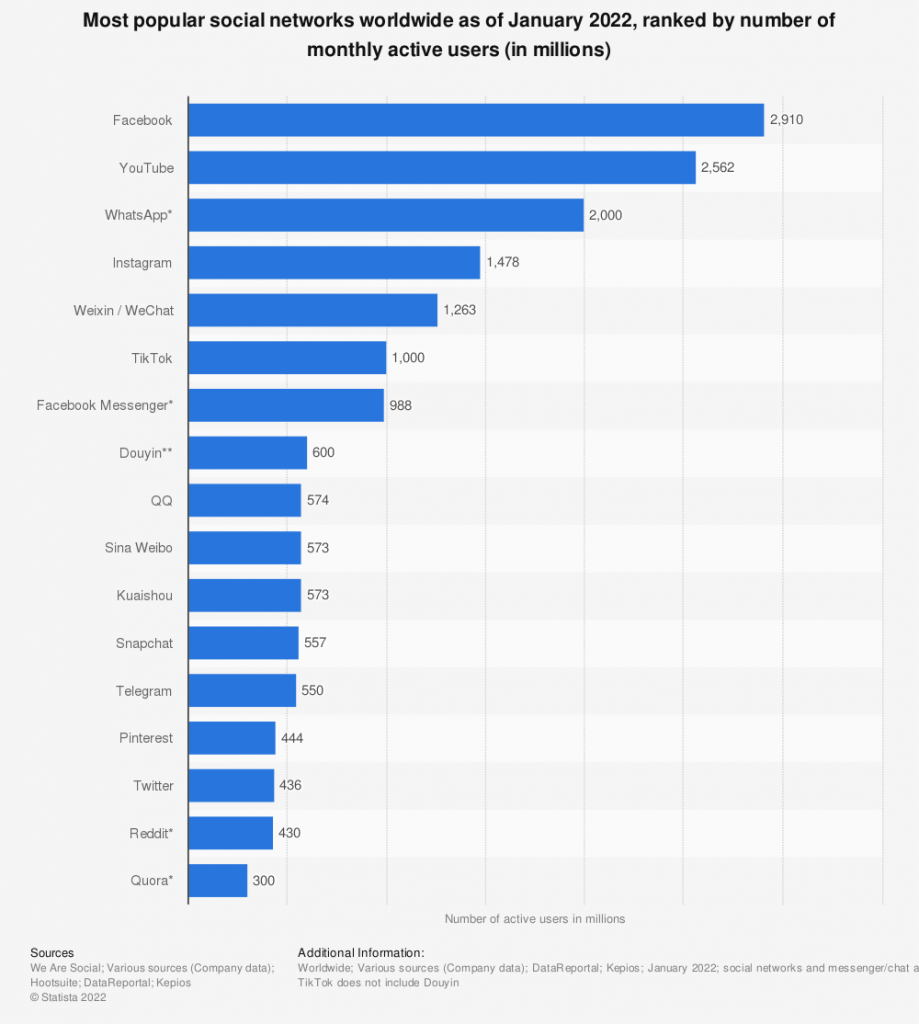 With more than 2.9 billion members worldwide in 2022, Facebook is the world’s largest and most popular social networking site. This compares to YouTube (2.56 billion), Instagram (1.47 billion), and TikTok (one billion).

When compared to other major social media platforms such as Instagram and LinkedIn, Facebook has the most evenly distributed user base, which gives you a wider range of age groups and potential customers to target with your ad budget.

Facebook ads can look more expensive knowing that it is an auction-based advertising platform.

Meaning, that the more people are willing to pay for the same spot, the more it gets expensive to advertise for this specific audience network. This is also why prices rise during intense shopping seasons such as during the holiday or Black Friday.

You should typically anticipate paying anywhere between a few cents to a couple of dollars per click. 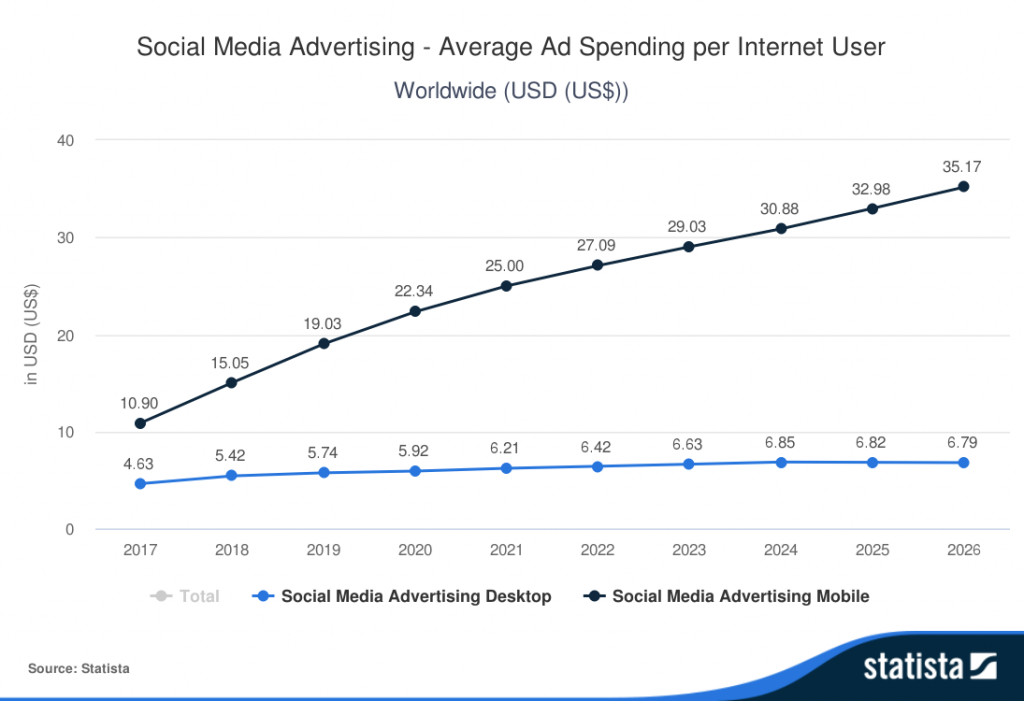 On average, more money is spent per individual that is using a mobile simply because people are using their phone for a longer period.

But determining your ad spend for Facebook is determined by a variety of factors:

Campaign objectives are an important aspect in pricing your ads since they refer to the value of the desired result and where your users are in the funnel.

Brand awareness or engagement campaigns, for example, will be less expensive than conversion campaigns that drive purchases. It’s much simpler for someone to engage with an ad than it is to persuade them to click through, take out their credit card, and make a purchase. 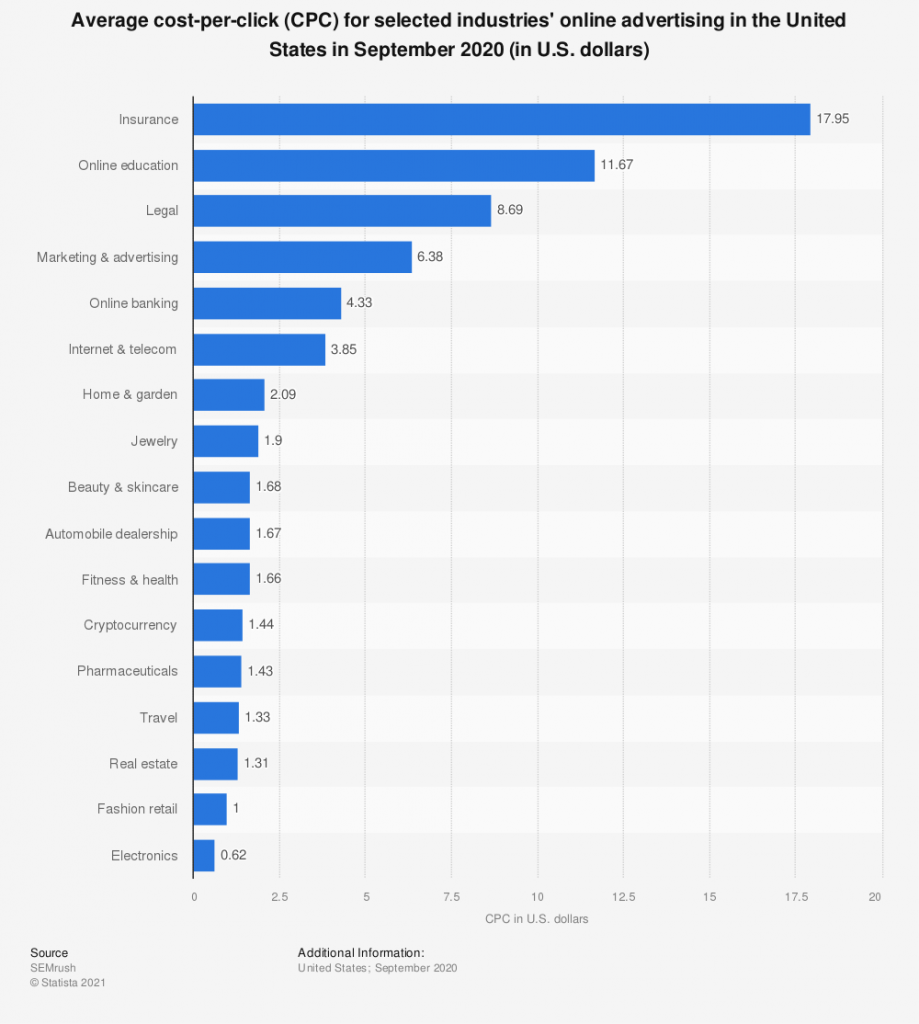 The cost to acquire a client depends on the industry you’re targeting. It may seem unfair, but it’s critical to consider the return on investment for your business instead. The average CPA for insurance is the highest, with an average cost per click of $17,95. However, if your buyer pays $50 and returns for years to come, you’re profiting from that ad.

If your daily spending is low, Facebook’s algorithm may take longer to leave the Learning Phase. As a result, new ad sets cost frequently higher at the beginning as the system learns how your audience interacts with your ads and how to optimize them for maximum engagement. If your ads are well-received, Facebook will reward you with lower costs over time.

If Facebook detects a gap between your target audience and the messaging in your ads (meaning your ads are not relevant to who you’re targeting), it will show on the click-through-rate as less than 1%, and as a result, you may see higher costs.

A good Facebook CTR is around 2%. Generally, the greater your CTR is, the lower your cost per click will be. That’s why it’s always important to do A/B testing with different copies, images, and videos to eliminate underperforming ones and get the best result in your ad delivery.

How to Lower the Cost of Your Ads

There are multiple ways to improve your current cost to run your Facebook ads and here are three main ones you can easily implement immediately:

Make use of the Automatic Placements Option

While it may be tempting to embrace audience targeting and customize where your ads show throughout the Facebook platform, the easiest approach to save money is to start with the default Automatic Placements configuration.

When ad placements appear in all locations, Facebook may have a better understanding of where to effectively display your ads, minimizing your spending. You’ll also get out of the learning phase sooner, allowing you to implement data-driven cost-cutting solutions as soon as possible.

Because your targeting parameters will stay the same regardless of the location, Facebook may then run ads to users in lower volumes, with lower-cost placement as well, which can help you generate more income for your business. 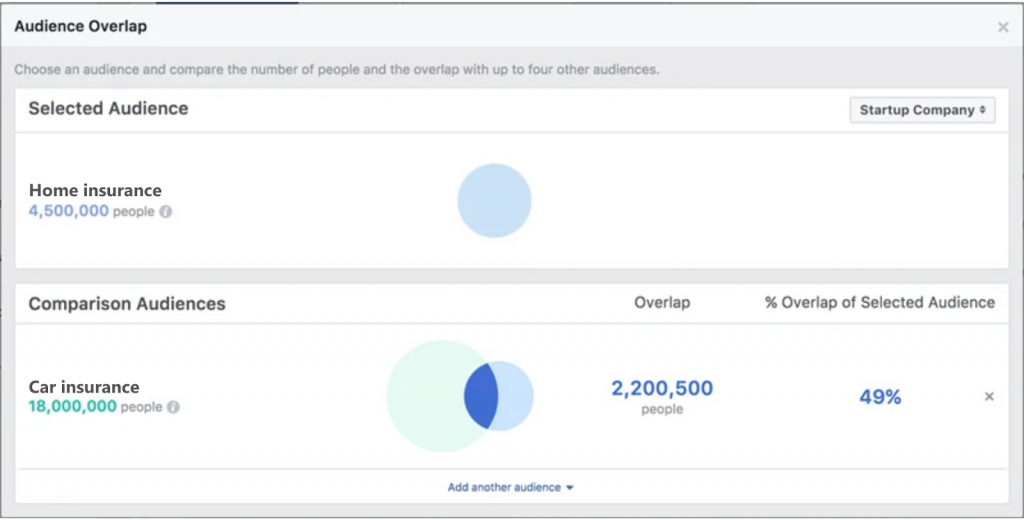 The audience overlap function on Facebook might lead to cost savings. Suppose you have one ad targeting individuals interested in having car insurance and another one targeting those interested in having home insurance. To appeal to these various audiences, you have different Facebook ad copies and creatives. The overlap tool, on the other hand, shows that half of the car insurance audience overlaps with the home insurance audience. Knowing this, you may use exclusions to prevent the ads from overlapping. Otherwise, by bidding against yourself, you will lose money. 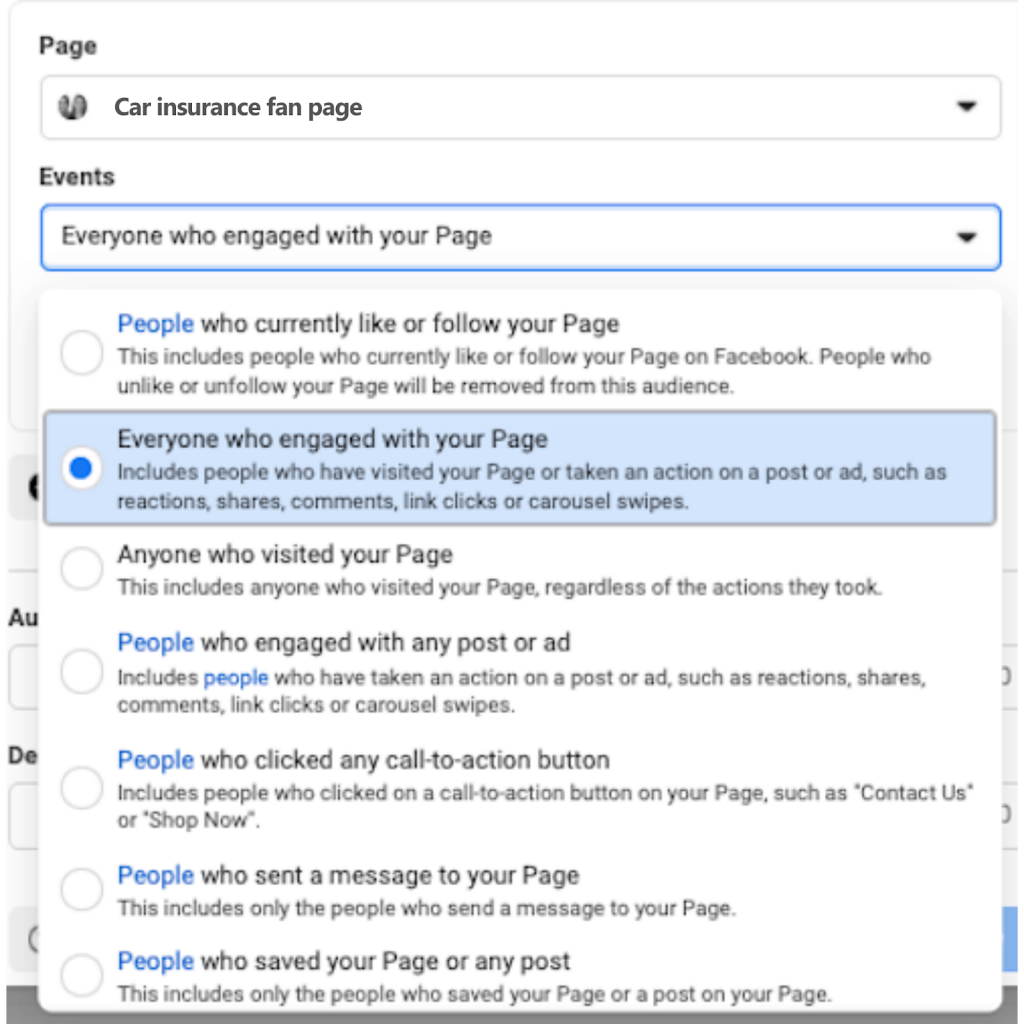 These are your most converting audiences, therefore by segmenting them, you can devote more resources to campaigns that will generate the highest ROI. Furthermore, one of the less-used Facebook ad methods that are growing more popular as a result of privacy modifications is retargeting page visits.

Because of its popularity and user-friendly layout, Facebook is an excellent venue for launching your brand’s online advertising campaign. However, you must determine your advertising budget ahead of time and arrange your campaigns properly.

For most businesses, the cost of Facebook ads is all about profit. They receive high click rates from Facebook users, improved conversions, and increased engagement without spending a fortune on promoting their brand. At the end of the day, it’s about determining what metrics and benchmarks you’re looking to achieve when determining your marketing budget.

Yi is the creative director of Authentic Agency, where she focuses on Facebook ads and copywriting, assisting businesses in understanding the meaning of their online advertising and marketing.

Should I Try to Match My Competition’s Advertising (for Private Schools)?

Why copying your competitors is dangerous and alternative routes to improve your ad campaigns, build brand awareness, and increase enrollment.

END_OF_DOCUMENT_TOKEN_TO_BE_REPLACED

Facebook Groups Versus Pages: How To Use Both To Complement Your Social Strategy

END_OF_DOCUMENT_TOKEN_TO_BE_REPLACED

What Is the Difference Between Google Ads and PPC?

Learn more about Google Ads and PPC, discover their differences and similarities, and decide which one to use for your business.