In addition to guest posting on the UpCity blog, Ventive is featured as one of the Top UX Design Agencies in the United States. Check out their profile!

How much coding experience does a UX designer need to have?

A little more than zero?

Enough to adjust CSS code that isn’t quite right?

At different points in their career, a UX designer may feel the pressure to add to their skill set by digging into CSS or JavaScript. Depending on their job description or career goals, UX designers find themselves coming back to the coding question again and again.

Do UX Designers Need to Take a Coding Class?

Assemble a dozen UX/UI designers and you might be surprised at their diverse backgrounds. For some, their jumping-off point into a UX career was a boot camp. Others may have entered through a backdoor like a graphic design degree. With such a mixed background, there’s no guarantee every designer has had the same experience or education. And employers can’t guarantee that UX beginners also understand the limitations code may have on their designs.

No matter how they arrived in the field, it’s still a question designers face. Will a UX beginner be at a disadvantage if they don’t know how to code?

Moving from Theory to Practicality

For the majority of beginning designers, most of what they’ve learned up to this point has been in the theoretical realm. When fresh designers come to our team, they heavily rely on component libraries. Many of the UX and design bootcamps teach students how to use a system because it helps a project save money in the design process. This can be an incredibly efficient way to build a project. As these beginners start their careers, working on real-life projects, they need to focus on functionality as well as design.

Instead of worrying about adding a new skill to their toolkit, new UX designers should learn as much information about the design process as they can. Great designs are naturally more affordable and pair effortlessly with development. Fresh out of school or training, new designers who ask better questions and dive deep into the improved usability will produce stellar screens and prototypes that can move swiftly through the dev phase. They can rely on a component library if they need to, but they don’t have to anymore.

The best way for beginner designers to level up into the next stage of their careers starts with the quality of their designs and not their coding skills.

Mid-level designers are more confident about the limitations of their designs. As they’ve worked alongside developers and absorbed more technical terminology, they’re able to express their ideas more clearly to project managers and both front-end and back-end developers. So after a few years of experience, is it time to become a designer who codes?

Knowing how to code just a little bit helps a UX designer when they’re going through the design audit. They can inspect the code and see if it matches up with their designs in Figma. In fact, if a designer is intimidated to even look at lines of code, it’ll hold them back from understanding how their designs were translated into code.

And yet, a mid-level designer doesn’t need to code.

UX designers should use every opportunity to leverage the experience of technical teammates on the project. Having a basic understanding of the tech limitations helps a UX designer answer questions that sit at the intersection of design and development.

Instead of approaching the learning to code dilemma as an either/or situation, think of it like this.

To be competitive, a mid-level designer has to be willing to learn about technology. If their technical knowledge level is more than zero, that’s great. If they know more than that, that’s even better. But utilizing technical teammates and programmers to bridge the gap between their designs and their tech knowledge can also help them get even better at design thinking. And that’s where the magic happens.

Companies looking for a UX designer who excels at design, consumer psychology, and the coding trifecta of HTML, CSS, and JavaScript are searching for that rarest of creatures—a UX Unicorn.

How many UX designers can combine left-brain and right-brain activities effortlessly in a beautiful project that they designed and implemented from beginning to end? Instead of getting a stellar employee, companies end up settling for a designer who is adequate at mockups and mediocre at coding. Or, a designer who doesn’t truly excel at any one job.

Rather than spreading their skillset thin across a variety of disciplines, senior-level UX designers should lean into their strengths and get obsessed with design thinking.

Designers who acknowledge what they don’t know about the technical side of a project, and who are comfortable in that space of not knowing, are powerful. Working closely with the technical team can help the UX designer bridge the gap between the creative and technical sides of the product. Then designers are free to double down on user needs and improve their design skills.

Understanding a product’s audience is the first step in the design process. UX designers who can differentiate between designing for Gen Z or their grandparents’ generation will be able to create a smooth user flow for any age. They need to understand how users think and react when faced with a decision. By putting themselves into a user’s mindset, they’ll be able to create and test a product that effortlessly solves the user’s problem.

One of UX’s tenets is finding the simplest and most concise way to design something. Senior-level designers know how to cut out steps and simplify information because they have familiarity with code and user experience design. All of that increases development efficiency. Clean designs can fly through the development process, reducing the budget spend on the most expensive part of the project.

In the end, great designs are just more affordable.

Senior UX designers who’ve honed their craft don’t need to code too. Their value lies in laying out user flows that are easy to understand so developers can walk through and code a project or component even faster.

UX doesn’t require coding experience. Beginner UX designers can design without ever writing a line of code. As they become more experienced, they may naturally pick up coding language as they interact with developers. But they can still move into a senior-level position without becoming a UX coder.

The very best designers are the ones who use every opportunity to ideate clean designs that intuitively move a user through a product. A designer who moves from novice to expert can use the technical skills of their teammates to enhance their prototypes. Instead of focusing on coding, they should go deep into design thinking and then watch their career take off. 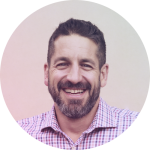 Jonathan Cardella is a proven internet entrepreneur and CEO with 22 years of experience creating online businesses that solve real problems by leveraging expertise in the rapid development of web and mobile applications. Jonathan has experience operating bootstrapped startups up to a $50M public subsidiary and over one hundred employees, management of enterprise hyper-growth in a profitable environment, as well as restoring profitability via implementation of turn-around strategies.

What does a UX Developer do?

END_OF_DOCUMENT_TOKEN_TO_BE_REPLACED

Whether it’s during the holiday season or any other time of the year, small business owners are always looking for an edge to help make their digital marketing efforts more effective and increase conversion rates. Limited budgets and time always lead business owners having to make hard choices about where to put their efforts in […]

END_OF_DOCUMENT_TOKEN_TO_BE_REPLACED

What Is User Experience Design? (And How To Incorporate It Into Your Website)

Are you unclear about what user experience design means and how you can use it to improve your website? Read our article to learn about it here