In addition to guest posting on the UpCity blog, Thrive Agency is featured as one of our Top Shopify Developers in Dallas. Check out their profile here.

Many eCommerce businesses turn to Shopify because of how seamless it is to set up an online shop on the platform. And now, Shopify is making way for its users to expand their reach by offering their products and services across international waters. Best of all, these new features are built with search engine optimization (SEO) in mind, meaning businesses using the platform are primed for great rankings in the search results. To get this right and reap the benefits, you may need to employ an experienced Shopify SEO agency.

Online businesses have also seen tremendous growth due to the ongoing pandemic. People are now spending much of their time at home on the internet. With social distancing rules in place, many consumers choose to shop online for everything including groceries and toiletries, and of course luxury items to make being home-based more comfortable. Visiting a local store has fast become a thing of the past. The number of new stores created on Shopify’s platform has increased by 62 percent since the beginning of the ongoing pandemic, more evidence of just how user-friendly Shopify is, especially for new online business owners or those moving their business online for the first time.

Shopify’s company mission has always been to make eCommerce better and easier for everyone. That’s why they have rolled out new features, recently announced during their Shopify Reunite 2020 broadcast event, that could help merchants to increase their sales.

In this article, we explore some of these features and the impact on eCommerce businesses using the platform.

This new feature allows international customers a simple shopping experience, enabling brands to sell in their respective currencies and improve the shopping experience for customers globally. Merchants can now sell their products in 133 currencies and receive the money in their default currency. Shopify performs the currency conversions and payments automatically for merchants according to their settings and preferences.

Shopify has also introduced a translated and localized language for all merchants and shoppers who are not well-versed in English for online transactions. All that merchants have to do is to create a new language, and then add the translations. The languages that can be added include French, German, Spanish, Italian, Portuguese and Japanese.

The pandemic has caused an economic downturn resulting in both merchants and buyers having to tighten their purse strings. Right now, cash flow could be considered a global issue. This is the precursor to Shopify introducing Shop Pay instalments. This feature offers a payment plan to consumers that allows a purchase to be paid for over four equal payments in a set period of time. There are no fees or interest attached to this payment plan and the merchant will receive the full asking price upfront. Shopify will manage the collection of the upcoming installments. In this way, merchants are not at risk of not receiving money owed and consumers are, of course, offered some flexibility. The idea is that merchants can expect bigger purchases or fuller carts resulting in more sales.

Shopify’s Express Theme has been introduced so business owners of brick-and-mortar stores who need to get their business online to keep the doors open can do so in record time. Originally the idea was that restaurants and cafes can get their brand online and offer their customers and prospects a simple overview of their establishment. After all, it often takes a while to launch an online store. But no one has time to spare right now, so Shopify’s Express theme allows new online merchants to build out their store in a one-page template and design. The theme is optimized for mobile, too, so it can be indexed and ranked in search results.

Consumer behavior has drastically changed and your prospects can easily be turned off by your outdated systems. Retailers need to have an effective solution to bridge the gap between their online store and their physical storefronts. This is why Shopify has upgraded its Shopify POS, an omnichannel infrastructure to help merchants strengthen their sales and meet their customers’ needs across each of their platforms. An impressive feature of the redesigned Shopify POS is the smart grid, which positions apps at the forefront for a better merchant experience.

More than 70 percent of merchants say that moving their products from offline to online and adding them to their store in Shopify is quite time-consuming. But in this digital era, it is essential for merchants to quickly move their products online to keep their business flourishing. This is why Shopify has introduced the product creation feature for faster and easier operation.

This feature allows merchants to add products directly from their mobile devices. Merchants can capture product photos, add the required details (like price, title and variants) and scan the barcode all from their device’s camera. When the retailer is ready, products can be published and reviewed directly from the mobile device. This feature makes it possible to add products in bulk. Merchants can add product images, titles, prices, inventory, variants and so on via a single screen.

Shopify retailers all over the world can offer an enhanced and simplified local delivery experience. Through this new feature, merchants will be able to define local delivery areas using zip and postal codes. Merchants can also set the local delivery fees and minimum order prices. Shopify has also built the Shopify Local Delivery App, helping merchants create optimized delivery routes that can be shared with employees. With this app, merchants can send the customers notifications of when to expect delivery of their goods.

Ecommerce stores powered by Shopify can benefit drastically from these new features. It’s been a tough year and the financial repercussions of hard lockdowns and many people losing their jobs will be felt for a while still. Shopify is one of the many platforms making it easier for business owners to keep their operations afloat. Most importantly, Shopify’s team has recognized just how important it is for the platform’s merchants to be found online. Every new feature and update made on the platform is primed for SEO. Of course, doing SEO for your Shopify-powered online store is a little different to the normal SEO practices. Make sure to reach out to a professional Shopify SEO agency so you can be certain your online store is easily found by your customers and prospects. 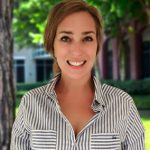 Megan is a digital content strategist and copy editor for SEOblog.com. She has led content marketing campaigns for clients in many industries, including the financial sector, mental health and therapy, manufacturing, SaaS, African investment and entrepreneurship, machine learning and AI. She focuses on creating content marketing strategies that garner increased lead generation, bolster conversion rate optimization and boost ROI.

How to Drive Traffic to Your Business with TikTok, Pinterest, and Medium

The Importance of Segmentation in Your Email Marketing Strategy