In addition to guest posting on the UpCity blog, Scofield Digital Storytelling is featured as one of our Top Video Production Companies in the United States. Check out their profile here.

Traditional videos are great. We produce a ton of them and sometimes they are clearly the best way to communicate your message; however, our team is finding that more and more, motion graphics videos are the better way to tell your story.

Whether you rely wholly on graphics, or just use them as a way to improve your video footage, being creative with motion graphics can be the difference between someone watching and remembering your video, or judging it as “too boring” and scrolling right past.

Here are five examples of work that we’ve done at Scofield Digital Storytelling that proved that working with motion graphics can help your videos stand out amongst the crowd.

When You Don’t Have Much To Show (Yet)

How do you build excitement about a new product or service before you have fully developed a prototype for that product? The answer may be to produce a motion graphics video. Traditional “launch” videos or other kinds of introductory videos need to be made as a product or service is being developed, and that often means there is nothing that you could shoot footage of for a traditional video. But, chances are, by this point you’ve accrued some sort of visual assets that could be the basis of a great motion graphics video to not only inform your audience, but get them excited as well.

We produced this introductory video for AgriNovus to announce their upcoming web platform, Field Atlas. The only problem was, that product didn’t fully exist yet. So, we used some of the visual style and few assets they had already produced to create this video to be shown at conferences as well as their website and social media channels.

Once you have good video or photography in the can, you can reuse elements of that for years to come and keep it feeling fresh by adding good motion graphics.

That’s exactly what we did to help Marian University. They had recently updated their brand guidelines and asked us to help create some videos showcasing their new look, but relying on many of their existing assets. This allowed them to get great looking, on-brand videos much more quickly and at a lower budget than they had expected.

When You Can’t Count On Audio

You can do what you can to get your videos in front of your audience, but you can’t always count on them listening to your video. With more and more video being viewed on mobile, your audience isn’t always in a place where they can unmute the clips. In that case, it’s imperative that you communicate your message visually, and often that’s done most easily with motion graphics.

This is a stylish, but very simple digital ad we created for our friends at Codelicious and while it does have some music included, it was designed to be consumed totally visually.

When You Want To Reach A Younger Audience

Not everybody watches videos in the same way. And it seems quite clear that younger audiences have many different expectations when it comes to video. If you want to reach Gen Z or younger, it’s best to think about scrapping a typical “talking head and b-roll” video for something with more energy, faster pacing, and a significant amount of motion graphics.

We created this video for St. Joseph’s College specifically to catch the eyes of young people, while still retaining some of the authority of a top school.

When You Want To Add A Specific Feeling

Sometimes, a talking head is simply the best way to communicate your message. But a sophisticated use of motion graphics can help bring a different feel to the video.

In this video we produced for the Indiana Governor’s Council for People with Disabilities, we used simple visual motifs to bring some levity and real personality to a subject that might have felt a bit more somber without them. 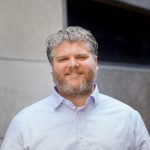 After eight years of experience in Los Angeles working on several films (some of which were actually good!) Jason moved back to his home state where he spent time marketing a local craft brewery before diving into many years in the agency world. Jason has worked with a uniquely wide variety of clients on projects where he has consistently worked tirelessly for his clients’ interests.

How to Integrate Influencer Partnerships into your Social Media Strategy