Video Marketing’s Place in a World of Influencers

In addition to guest posting on the UpCity blog, ASL Productions is featured as one of the Top Video Production Companies in New York. Check out their profile!

In 2016, YouTube took a huge leap by purchasing Famebit, the company which prides itself on helping YouTubers monetize their accounts. By matching users with massive followings with brands that appeal to their target audiences, Famebit and other industry leaders, such as Grapevine, are capitalizing on the enormous clout found in the hands of influencers.

At this point, “influencer” is one of those ubiquitous terms which people throw around while only grasping a fraction of the workings going on behind the scenes. While easily dismissed as “endorsements by (somewhat) real people” or “social media’s product placements”, the reality is that influencer marketing is a quantitative and highly sophisticated means to an end market. In a sense, its goal is to shorten the distance between brand and consumer, using the influencer as an intermediary.

As the world’s largest streaming platform, YouTube has brilliantly positioned itself at the forefront of the influencer marketing world. Through product reviews and demos, videos have been the format of choice for consumers to connect with brands that they know and love, and brands that they’ve yet to hear about.

Streaming aside, influencers have taken the experiential marketing world by storm. Influencer events are new forums for the chic and cutting edge; and as video coverage will testify, highly effective ways for brands to reach new audiences.

If one thing is for certain about today’s digital marketing climate, it’s that everything is traceable. From clicks to shares to engagement, digital metrics are a proven tool to ensure a strong ROI and reach your ideal market. It just so happens that influencers’ content has a tangible impact. In 2019, 8 out of 10 online consumers have purchased something they’d seen posted on an influencer’s page.

Is influencer marketing just a fad before the next craze sweeps up the Internet? While it’s hard to tell now, it seems to be just the beginning. As video marketing content continues its dominant reign on mobile platforms, it’s worth taking a look at how videos and influencers are joining forces to make marketing more personalized than ever before.

What’s the Difference Between Influencers and Celebrity Endorsements?

Blog culture opened millions of doors at once. But what we’re concerned with here is the partnership between brands and individuals. Though later controversial, it was the media company MindComet that began seeking out bloggers and top message board commenters to promote their products in exchange for gift cards. In 2004, their founder Ted Murphy started the Blogstar Network, a database that linked influential bloggers with brands. Boasting clients such as Turner and Burger King was a big deal, but it was a campaign with K-Mart spurred on by 800 blog posts and over 3,000 tweets that launched influencer marketing into the stratosphere. When the results were in, the campaign reached over 2.5 million people in just 30 days!

Today’s influencers work in a similar realm, only with YouTube, Twitter, Instagram, and TikTok as their platforms of choice. Unlike celebrity influencers, the typical social media influencer slowly acquires a grassroots following through organic content that expresses their taste, expertise, and personality. It’s through their reach that brands begin to take notice and realize their potential for promoting or reviewing their products.

Meanwhile, celebrity influencers are a bit more explicit when it comes to their endorsements. But for savvy companies, paying a celebrity to sneak their product into a photo or video on social media is a clear connection to the promotional style used by influencers.

In a WIRED feature on the rise of influencer marketing, Paris Martineau writes, “Users consider influencers more akin to a close friend than an advertiser or paid endorser, as the stream of content they produce—and the more casual way in which it is shared with the public—imbues influencers with an air of authenticity that is rarely seen in semi-commercial spaces.”

In a millennial marketing climate that cherishes authenticity over past methods of targeting demographics, the seamless quality of influencers is a way for marketers to reach massive audiences in the most organic way possible, and it’s working. In 2019, the average influencer campaign featuring 50 posts garnered 108,539 engagements.

2019 also saw video’s biggest year yet as the fastest growing form of content, seeing a 34% increase of engagement from 2018. With 82% of marketers opting to invest more in video content, the bridge between influencers and video content is becoming more fluent. YouTube may remain the leader in video content, but other streaming platforms such as Vimeo, Wistia, and Vidyard are paving a way for video marketers to reach their audiences in more dynamic ways than ever.

Experiential marketing by now has become a standard for brands to provide an interactive environment for their followers to participate in. 91% of consumers say that they have more positive feelings about brands after attending events. And for those who can’t make it; luckily, there’s event video coverage for that. Whether it’s through live streams, sizzle reels, or panel discussions, viewers at home can connect to the event and catch up on all the action they missed.

Within the category of event marketing, influencers have become subjects of the events. In the fashion, beauty and tech worlds especially, influencers are celebrated for their insider knowledge and expertise within their fields. As the explosion of beauty tutorials and tech product reviews continues to thrive, event marketers are bringing in these influencers to test their new products. Eventually, the events themselves function as video marketing assets for brands to post on their own social media pages.

As the most experienced of influencers will tell you, quality matters. Their influence was literally built on the quality of their content. In every field, there will be amateurs that will try to make a name for themselves through webcam reviews and shoddy attempts at photography. But as the best content creators know, there are no shortcuts when it comes to exerting influence. Audiences are intelligent and can tell an amateur when they see one.

So as the influencer field picks up steam through reviews, campaigns, and events, the impetus on the quality of content is only reinforced. And with the future turning to video as its preferred medium, the need for a video production that builds trust and inspires decisions is the clear way forward. It seems as if video and influencers have more in common than one would think. 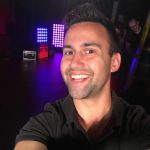 Ben Grody is a seasoned television, video and development professional from Boston, MA. After graduating from the University of Wisconsin – Madison, he moved to Cape Town, South Africa where he worked with ESPN on the 2010 World Cup. From there, he went to Los Angeles where he worked on set and in development for Unscripted Television. In 2018, he made his way back home to the East coast and joined the team at ASL Productions as director of business development.

Choosing Between Display and Search Campaigns