It wasn’t that long ago when the world watched as the popularity of Snapchat and Periscope escalated to unprecedented heights in 2015. Then we watched, and many of us participated in, the rise of Blab just in time for it to fail. Through it all, one thing became clear – live streaming video wasn’t just a temporary, fleeting interest. It was the future.

With well over one billion regular users, there isn’t much that escapes the attention of Facebook when it comes to engaging users on social media. Research shows that social videos are shared 1,200 percent more than static images and text. It also reveals that viewers watch live videos 300 percent longer than they watch clips that were pre-recorded.

In 2014, Facebook founder and CEO, Mark Zuckerberg, predicted that the majority of Facebook’s content would be video-based within five years. We’re now just past the halfway point since Zuckerberg made his prediction in November 2014 and it seems as if the billionaire’s soothsaying was spot on.

With video quickly becoming increasingly popular and with the success other social media platforms had with live streaming, albeit briefly in some cases, Zuckerberg and his staff launched Facebook Live in 2015. Initially accessible by only select Facebook users, Facebook Live is now available to users around the world.

Since its launch, Facebook Live has become a valuable tool for businesses to engage with their clients and prospects, partially because it’s easy to use. All you need to use this increasingly popular platform is a video camera, a Facebook account, and access to the Internet.

Another reason Facebook Live is valuable for businesses is that it doesn’t require a costly, professionally shot video. In general, Facebook Live lets consumers see businessmen and women in real-time as they actually are on a regular basis, which makes them and the brand they represent more relatable and, in some cases, more likeable.

With Facebook Live, viewers are able to react to parts of a video, which makes it easy for businesses to determine what pieces of their messaging are truly resonating with consumers. Once a video is livestreamed, it remains on the creator’s Facebook page so people can watch it later and/or share it with their friends, which increases the potential reach that Facebook Live has for businesses of all sizes across industries.

Facebook Live: How to Use It for Your Business

As you can imagine, there are many ways you can use Facebook Live to promote your brand. If you’re eager to tap into the potential that this platform has for your company, here are three ways you can get started:

If you’re going to use Facebook Live to engage your customers, but need a little help with strategy or implementation, contact the top social media marketing agency that’s closest to you. 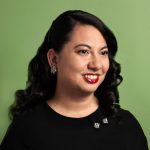 Improving your DA can provide an enormous boost to your company’s visibility and credibility—and it doesn’t always require a lot of heavy lifting.

A nuanced and informed take on backlinking shows that it has become a more powerful tool for B2B service providers to establish their authority in their industry niche of choice.

6 Ways to Help Your B2B Business Stand out Among Competitors

While you know your company is different from your competitors, you can’t expect potential customers to understand that right away. It’s important to remember that no matter what your specialty is, your company probably isn’t the only agency of its kind out there. So what can you do to make sure your business isn’t blending in with the rest?