In addition to guest posting on the UpCity blog, Toi is featured as one of the Top User Experience (UX) Companies in Los Angeles. Check out their profile here.


If you’re into design thinking, what’s coming out of Google, or the tech world in general, you might have heard about design sprints, the four- or five-day collaboration process that ends with a designed and tested prototype. Originally invented by Jake Knapp during his time at Google and later perfected in his book Sprint, design sprints have helped modern companies rapidly iterate and prototype new ideas, allowing for innovation unlike anything we’ve seen throughout human history. At Toi, we’ve had a chance to run many design sprints for our clients and we’ve learned there are a lot of positive outcomes to running a sprint that can jumpstart any project or initiative.

Here are 5 great reasons to run a design sprint that really can make a difference for solving big challenges and problems:

Tear down the silos

Everyone is a designer

One of the biggest misconceptions with the design sprint is that it is primarily for UX designers. While UX designers certainly have a lot to gain from running design sprints, the real strength of the process resides in its ability to incorporate non-designers into the design process. Great sprint teams don’t necessarily need to include a UX-specialist; in fact, some of the best sprint teams can be made up of product managers, marketing professionals, engineers, and business-minded folks.

Everyone gets a voice

The design sprint is quite literally structured to give everyone from the CEO all the way to the junior developer an opportunity to voice their ideas and opinions. There isn’t an opportunity for a ton of talking in a design sprint, but there are opportunities to give everyone a chance to bring an idea to the table, which can be important when making big decisions. Business leaders are great and are successful for a reason but that shouldn’t discount the ideas of what others in a meeting can come up with. Great ideas come out of the design sprint because all of the ideas are heard.

This isn’t a meeting or brain dump

The design sprint is not a meeting with a large amount of open discussion and little insights, takeaways, or action. The design sprint does provide a series of exercises where discussions start with silent notetaking that ends with brief and timed conversations followed by real decision making. The design sprint cuts out a lot of the fluff in typical meetings and frees teams from the hassle of building and launching complete products without the data and insights to back it up. It’s really about….

Typical production processes can take months before getting any insight on whether an idea is worth pursuing. By then, there has been a lot of money and time invested in that idea so it makes it harder to pivot away from it. With the design sprint, a prototype gets designed and tested in just one week. 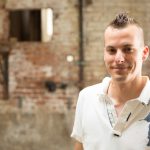 David is a co-founder and President of Toi, a Digital Brand Strategy agency that runs Design Sprints. David has over two decades of experience as a designer, developer, strategist and an entrepreneur with startups, and fortune 500 clients. He has launched 10 companies 4 of which have been acquired. He has 3 kids with his wife Betty and coaches youth sports as well.