The Value of Twitch Streamers to esports

In addition to guest posting on the UpCity blog, KemperLesnik is featured as one of the Top Branding Agencies in Chicago. Check out their profile!

Earlier this year, The esports Observer released numbers on the top ten most popular Twitch channels and the top ten most popular games for the first half of 2019. At first glance, nothing seems out of the ordinary. League of Legends and Fortnite dominate viewership, and the explosion of Apex Legends brought the game and its top streamers into the limelight.

Upon looking further, as others online were quick to point out, one ratio is particularly striking when analyzing this data. The Overwatch League’s (OWL) Twitch channel places second on top channels of Twitch, putting it behind only Riot Games, with 56 million hours of content watched by viewers in 2019. However, this number looks far less healthy when comparing it to the total number of hours streamed, a more modest 127.3 million hours watched.

In simpler terms, it suggests that plenty of people want to watch League of Legends at all hours of the day, be it as an esport or more casually streamed. The fact that so much of Overwatch viewership is tied to its esports broadcast indicates that not only are people far less interested in non-esports related Overwatch content, but that streamers aren’t interested in playing Overwatch either.

The Power of Streamers

After the launch of Apex Legends this year, which rapidly gained astronomical viewership and playerbase thanks to its influencer/streamer strategy, the impact of streamers has become clear. The famous Fortnite streamer Ninja reportedly earned $1 million to stream Apex Legends once. This attention from the streaming efforts of Ninja and others led Apex Legends to reach 50 million downloads in the first month after its release.

Streamers help set the tone for what games are cool and fun to play. Streamers not only serve as a marketing tool for new games, they also help create player retention. Studios have taken notice of this, and found ways to partner with streamers to benefit both parties.

Riot Games announced a new partnership program with streamers where they can give out skins, be the among the first to announce new aspects of the game, and in turn promoted on Riot’s digital channels. Not only does this empower streamers with more reasons to stream League of Legends content, it gives Riot the ability to promote through a more authentic experience.

Epic Games and Fortnite have gone a step further, where streamers were allowed to broadcast themselves attempting to qualify for the Fortnite World Cup. Most studios are quite restrictive in terms of control over broadcasting their esports events. There are concerns of cheating (someone watching a competing streamer to find out the streamer’s positioning, weapons, etc.) as well as traditional concerns regarding giving up control of the event from a broadcasting perspective.

This method seemed to work quite well for Epic though, who has struggled to broadcast Fortnite successfully, since the game can be difficult to watch and understand. Tracking dozens of competitors around a map is difficult enough – let alone quickly finding the action in real time to broadcast to fans. By letting streamers broadcast themselves qualifying for the World Cup, Fortnite remained on the top of Twitch viewership for weeks on end and empowered streamers to both benefit off of the event, ultimately providing free publicity for the World Cup at the end of July.

The Role of Game Balance

Perhaps the most important part of any game is whether it is enjoyable to play, with the intent to be an esport or not. Studios struggle with this consistently as games transition to more of a “games as a service” model, where games are constantly updated through ongoing patches, offering changes to the game as well as new purchases for gamers to make, as opposed to full-game re-releases every year.

Overwatch has notably struggled with this recently, with the adoption of the GOATS meta. The GOATS strategy, named after the team that popularized it, revolves around players using three tanks and three supports for their team composition, completely forgoing having any primary damage dealers. Lacking damage, this strategy rewards passivity, and essentially removes the incentive to make aggressive plays.

Blizzard has already taken steps to resolve this problem, such as implementing role lock for OWL players. This limits the number of tanks and supports that a team can field in competitive play, redefining the optimal style of competitive play. This may solve issues with fan engagement of esports broadcasts, but the damage to the Overwatch player base has already been done. Some professionals have quit the OWL, citing not being engaged with the game anymore, leading to posts on Blizzard’s forums wondering whether Overwatch is a dead game.

This doesn’t mean the solution is to change your game all the time either, which has caused Fortnite developer Epic Games to come under fire. Some argue that Epic, through its constant releases of new content, hurts its esports scene by not offering their professional players consistency. While the constant stream of new content is great for streamers like Ninja and his fans, those looking to watch the highest level of Fortnite competition are constantly frustrated by the frequent updates.

Two weeks before the Fortnite World Cup, Epic Games released a new feature to Fortnite – Air Strikes. This feature quickly kills players and structures alike, fundamentally changing the landscape of competitive Fortnite. Many professional players have been upset about the change, as new strategies had to be found quickly and rendering practiced strategies useless, which is incredibly frustrating when there’s $30 million on the line.

Some will argue that as professionals, changes to the game are part of the job, and that the best players should still rise to the top. However, this has proven to be an unconvincing argument, as teams at the League of Legends World Championship that are slow to adapt to the changing game in the first week, come out swinging hard and succeeding during the second week of group stages every year.

Streamers can make or break the popularity of a studio’s game, serving as both the advertisers and a retention lever. By partnering with streamers effectively, a studio can promote new campaigns and retain its playerbase. However, if a studio caters too much to streamers and their audiences, it can quickly polarize another segment of its playerbase, most commonly their esport players and fans. Game studios have to find the right balance between appealing to streamers while also balancing their games effectively, keeping games fun for a more casual fan, while maintaining entertainment value for their esports audience. 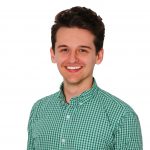 Hauk is an esports professional with experience in digital marketing, entrepreneurship, and content creation.

How to Drive Traffic to Your Business with TikTok, Pinterest, and Medium

The Importance of Segmentation in Your Email Marketing Strategy

Getting Started With Remarketing

E-A-T & SEO: How to Feed Google What it Wants