The Top 5 Mistakes Companies Make When Launching an App

In addition to guest posting on the UpCity blog, Functionaire is featured as one of the Top User Experience (UX) Companies in the United States. Check out their profile!

There’s nothing quite as satisfying as helping a client successfully launch a new app or digital product. Over the years, both as consultants and as corporate employees, we’ve seen all sorts of launches, under all sorts of circumstances. Getting to launch is never easy, and sometimes it is downright painful. In the midst of that stress, it can be tempting to make short-term decisions that will have a negative impact in the long-term.

Here are the top 5 mistakes we’ve seen companies make when launching a new project and how to avoid them.

Research is often the first thing to get cut when crunched for time or budget, but research is critical to revealing issues with the intuitiveness of software. Learning gives you an opportunity to smooth out problems before your customers encounter them.

Launching without any usability research is a bit like putting on a play without a dress-rehearsal. You’ve done 90% of the work already and the dress-rehearsal ensures everything goes off without a hitch. If something comes up, and something always does, you can address it rather than have an embarrassing moment when the audience is present.

For example, several years ago we helped an e-commerce company launch their first native app. Sure enough, due to time and budget, usability research with representative users was cut from the project. Instead, informal research was conducted with employees. Once the app launched, some users reported having trouble deleting items from their cart. While the internal users had found deleting items intuitive, the external users did not. The issue, though small, could have an impact on conversion if it kept a customer from checking out. It was very little effort to fix, and easily could have been resolved before launch had usability testing been conducted.

Even if a full-blown, in-person moderated usability study isn’t possible, chances are we can help you devise and conduct an affordable, swift study.

When the team starts looking for something to cut, this is another item that too often ends up on the chopping block. Instead, plan ahead and be very judicious about the critical key performance metrics to capture. Set expectations with the executive team about what data will be available from day 1, and have a plan for adding more robust engagement metrics post-launch. You’ll thank yourself (and be thanked) later.

The first couple weeks after launch are critical. You will discover bugs, your customer service team will get questions, errors may crop up, reviews (good and not so good) will appear on the App stores, etc. There’s nothing worse than a customer service rep being put in a tough spot because they don’t know how the app works or a bad review going without a response because no one is monitoring the App store. Think beyond the IT department and prepare your internal teams with lunch & learns, Q/A sessions, and internal wikis.

We also recommend creating a cross-disciplinary liaison group that helps ensure different teams/departments get the info they need. There might be one representative from PR, Marketing, Warehouse/Operations, Finance, etc. This isn’t a steering committee, just a line into different departments. For example, whenever you release another version of the app, these people might be on the release announcement. They can then assess whether there will be any impact to the team.

Launching Without a Plan for Continuous Improvement

In the relief of launching, companies sometimes fail to plan how to maintain the app. How many developers will you need? Will the skills needed for maintenance be different than the skills needed to build? What will be the cadence for releases? What knowledge transfer or documentation should be completed? Avoid falling into technical debt and feature rot by thinking that you’re “done” just because you launched. Successful experiences evolve to keep engaging customers.

For example, one company we worked with was forced to make some tough scoping decisions during a redesign. Ultimately, the Checkout was removed from the project scope. Unfortunately, no plan or roadmap was developed for implementing the new Checkout. Instead, the project was treated as “done” and the Checkout redesign was shelved for years, until it started impacting the bottom line and became a crisis.

Not Launching At All

Of all the pitfalls on the list, this is arguably the most dangerous. Don’t let perfection, or desire for one more feature, prevent launch. “Fail fast” and “Minimum Viable Product” are clichés for a reason. If you’re truly not ready to launch broadly, can you launch a beta or show the app at a trade show? Find a way to get user feedback. Develop a realistic strategy and launch even if you’re a few features short of what you’d hoped. Then commit to the roadmap and trust that more improvements are close behind.

For example, one company developed and launched a great internet-connected device that fit well into their existing portfolio. It was a strong product that addressed customer needs. In the spirit of MVP, they launched the devices without a companion app or mobile experience. This might have been fine for 3-6 months. However, by the time we were brought-in to design the app two years later, some of their customers’ trust had badly eroded. Having something imperfect, but steadily improving, would have better demonstrated their commitment to customers.

If you watch out for these five common mistakes, you’ll be launching your first app in no time! 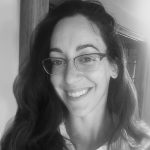 co-founder and Director of Design at Functionaire

Eliana Stein is co-founder and Director of Design at Functionaire, a UX design and research agency. Before launching Functionaire, her varied design career included stints at GE Healthcare, Shopbop, San Francisco Ballet, and McSweeney’s Publishing. Eliana’s focus is on achieving transparent interaction with users through great UX and UI. She loves the design of mid-80’s Volvo sedans, is a sucker for repeat patterns, and probably drinks more tea than you do. 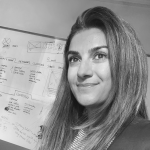 co-founder and Director of Strategy at Functionaire

Barbara Gulten is co-founder and Director of Strategy at Functionaire, a UX design and research agency. Her framework is focused on innovation, design, research, and most of all the magic ingredient—people. With an emphasis on simplicity, Barbara has designed and launched award-winning experiences across various verticals. You will find her drinking espresso and traveling the planet.