Social Series: All about hashtags (#) 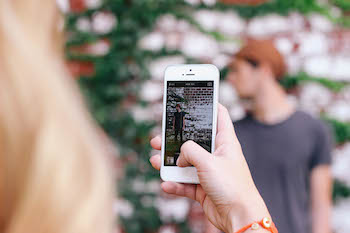 Most people who have used the Internet have seen a hashtag (#) before. Most of us know what they are and what they’re for, but not everyone knows why (or when) we started using them.

An Olympian, An Invention, and A Made-Up Word

The hashtag got its first introduction to communication technology in the 1960’s. Bell Laboratories, conducting market research for their new invention, the touch-tone phone, asked Americans which symbols they wanted for certain functions on the keypad. The results were the asterisk (*) and an eight-sided symbol that would be called an octothorpe (#). The name’s said to have come from combining a reference to its eight points with the last name of Jim Thorpe, an Olympian and a favorite athlete of Bell Laboratories employee Don McPherson at the time.

So how did we go from octothorpe to #hashtag? Here’s a quick overview of where the hashtag came from, how it’s used, and where it’s going.

In 2007, when most of us knew ‘#’ as the ‘pound sign’, Twitter user and social technologist Chris Messina (@MrMessina) Tweeted a question:

The idea came from the way users were already employing hashtags to organize channels and discussion topics on internet relay chat (IRC). Obviously, the rest is history—hashtags took off on Twitter, despite the fact that even Twitter founder Evan Williams couldn’t see usage spreading beyond a few niche groups. Today, Twitter is probably the immediate association most of us make when we think of hashtags.

The Most Versatile Punctuation Mark On the Internet

There are now many places outside of Twitter and IRC where you’ll find hashtags. Google+, for instance, lets users add their own hashtags to their posts (and comments on posts!) and explore related hashtags and topics by clicking on those tags. Pinterest, YouTube, Tumblr, Friendfeed, Flickr, LinkedIn, Kickstarter, Vine, and several other platforms also support hashtags.

Of course no discussion of hashtags would be complete without mentioning Instagram, especially in light of some major updates to the app this quarter. Instagram recently gave users a more powerful search function, the ability to hashtag emoji, and new ways to discover trending Places and Tags via the Explore page

In an environment where large-scale conversations are happening in real time, thorough analysis of the origin, usage and context of chosen hashtags is key—marketers can’t afford to skimp on research here. Knowing the context of a given hashtag, especially one that’s trending, is crucial. Many brands have misused popular hashtags and seen them backfire—an example is Celeb Boutique’s misuse of the #Aurora hashtag to promote a new dress design in the wake of the Colorado movie theater tragedy.

Do Your Homework, Don’t Crash Any Parties

Services like hashtags.org, trendsmap.com, and tagdef.com are great places to start that research, or you can use UpCity’s social marketing platform as well. Of course, Twitter, Instagram, Google+, and other services offer their own search and discovery functions. When creating a hashtag for a campaign or promotion you’ll also need to look at what kinds of tags your target audience currently uses, the types of content attached to them, and the different ways they’re used on different platforms. A few rules of thumb:

Hashtags are clearly here to stay. Research shows that Instagram posts with 11 or more hashtags get the most interactions; Tweets with at least one hashtag are 55% more likely to be ReTweeted. As long as your social media audience(s) are using hashtags, you’ll need to know what they are, how they’re used, and most importantly, how to leverage what you know to put your content in front of the right people.

As Tweets begin to populate in Google search results, using relevant tags will become more important than ever to aid in the discovery of your content.  Hashtags may even be considered keywords in the future so it’s even more important to choose your hashtags wisely and ensure that your content is found in the search engines.

What else is in store for hashtags in the future? Will more social media networks follow in Instagram’s footsteps and enable emoji hashtags? Will Jimmy Fallon and Justin Timberlake ever make a #Hashtag 3? We’ll have to wait to find out, but you’ll only have to wait until next Tuesday for our next Social Marketing post, which covers the top social media platforms and their advantages for social marketing. See you next week!