6 Social Influencers That Are Fueling the Growth of E-Commerce

Last year, e-commerce sales reached $2.3 trillion. While this number is jaw dropping on it’s own, if you really want to understand how relevant e-commerce is to today’s consumer culture just look at the fact that sales are expected to nearly double – reaching $4.5 trillion – by 2021. These dollar amounts represent incredible growth, and for businesses and marketers who work in the e-commerce industry, paying attention to the top influencers in the industry can help them carve out their own niche in a growing e-commerce landscape.
When thinking about e-commerce influencers, it’s easy to let your mind wander off to the mega influencers with big names that seem to magically sell to a massive following on social media. We decided to take a bit of a different approach and highlight a few social influencers who are flexing their social marketing muscles for e-commerce businesses. For e-commerce operations – both big and small – and the marketers that are helping them build a presence, here are six social influencers you should follow. 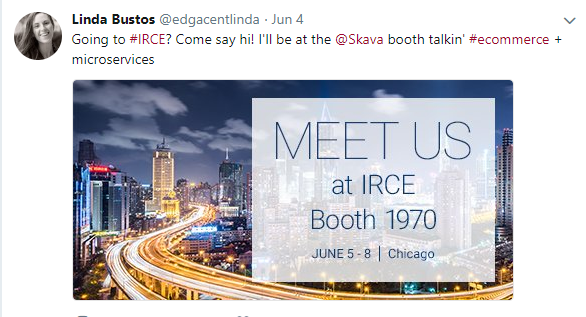 Linda Bustos has an impressive list of accomplishments on her resume, including building a highly visible presence for herself as an expert in the world of e-commerce. Not only has she tapped into marketing and blogging, but she also has a growing following on Twitter, where she currently touches base with over 10k followers with each of her posts. On her profile, she claims to be an e-commerce junkie, and she’s such an impressive influencer in the industry that she can easily turn e-commerce novices into equally obsessive fans themselves.

Steve Chou is the voice behind the site mywifequitherjob.com and original founder of Bumblebee Lines, an online store which generated more than $100k in its first year alone. If that doesn’t spell influence in the e-commerce industry, then we’re at a loss for what does. Steve Chou has since refocused his talents on teaching others how to achieve the same type of e-commerce success that he himself has experienced. Check out his Twitter feed, where more than 5k followers connect with him for his insights and industry information.

Ashley – The Hustle at Home Mom

When looking at influential players in the e-commerce industry, it’s important to not overlook the audience that’s looking for the perfect e-commerce opportunity and a little inspiration to make it all come to life. Look no further than Ashley, also known as “Cashley”, who is the face and voice behind The Hustle at Home Mom. With a YouTube subscriber base that’s edging close to 4k, Ashley dispenses the type of solid advice about starting an e-commerce business and making dreams comes true that her audience loves. Her engaging videos get thousands of views, making her an influential voice that those looking to break into the e-commerce industry are paying extra close attention to.

Steve Hutt has a self-proclaimed obsession with e-commerce. Considering the success of his own e-commerce company Fastlane, it’s easy to see why. With more than 23k followers on Twitter, he has a knack for generating engagement in the world of e-commerce. With more than a decade and a half of experience in the e-commerce industry, he has plenty of advice and wisdom to offer. Got a few minutes, or a few hours? Check out his nearly 60k photos and videos on Twitter for some inspiration. 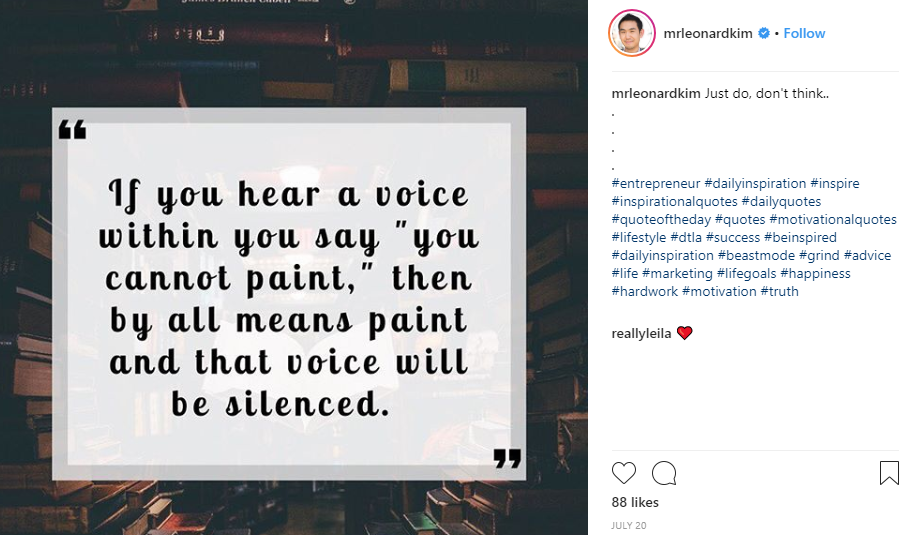 If you haven’t already heard of Leonard Kim, let us be the first to introduce you to one of the top youth marketing experts in the nation today. He’s become the epitome of what it means to be a personal branding expert and has built an influential following through his public speaking and presence on social media. Mr. Kim’s approach is a little unconventional, but that’s what makes him stand out. For example, he’s all about owning your story and telling it, but discourages the types of questions and dialogue that only serve to categorize people neatly into boxes. For real life inspiration from a guy who admits to his weaknesses, Leonard Kim is an influencer that people are paying attention to.

What type of influential personality is behind 221k followers on Twitter and over 4k on Twitter? Look no further than Hitten Shah, one of the biggest influencers in e-commerce today. Hitten Shah is the founder of a couple of companies you may have heard of – CrazyEgg and Kissmetrics. If you’re interested in anything about technology or SaaS companies, then you’ve no doubt been influenced by the works or words of Mr. Shah at least once or twice yourself. With a passion for growth hacking and a personality that’s relatable, Hitten Shah is one on the forefront of the e-commerce influencer culture.

The Future of Growth for E-commerce Brands

E-commerce is an industry that’s growing at an accelerated rate. For businesses that want to grow along with the industry, now is the time to jump on board and learn from the best. The influencers on our list can help you do just that. However, if you’d like to connect one on one with a marketing agency that understands how to tap into the success of influencer marketing, we have the resources to help. Contact one of our top e-commerce marketing agency partners today.