How Zero-Trust Security Saves Your Business From Hackers

In addition to guest posting on the UpCity blog, Juern Technology is featured as one of our Top Cybersecurity Companies in the United States. Check out their profile here.

The number of cybercrime attacks has skyrocketed during the pandemic and hackers are zeroing in on “low hanging fruit.” Read on and arm yourself with the tools to protect yourself!

If you’re a business owner who wants to prevent cyber espionage and fortify your company’s defenses against cyber-attacks, but you’re only using anti-virus and email filtering software to protect your computer network, then this information is critical to your business.

Trust me, we know just how you feel. You’re frustrated and feel powerless, confused, and forced to trust in whoever is currently supposed to be keeping your data safe. Cybersecurity can seem like an endless storm of information that becomes increasingly harder to navigate through.

Luckily, the tools to better protect your company are out there. You just have to know who can provide the biggest and strongest umbrella.

So, What’s At Stake?

Now, imagine walking into your office tomorrow morning to discover your computer network was breached by a hacker, exposing not only your company’s data but also your clients’ data.

Now you must notify them about the breach and their potentially stolen credentials, not to mention, if an investigation into your company’s cybersecurity is conducted and it comes up short, you could be subject to FINES. Your business’ reputation has officially flown out the window and the reality of the rough road ahead begins to sink in. Not only do you face asset losses due to the inevitable mass exodus of clients who no longer trust you to keep their information safe, insult is added to injury as you face losing even more money in fines and legal fees thanks to the onslaught of lawsuits (but, more on that later).

A further blow to your business’ bank account appears just over the horizon as you realize how long it may take to get your operation fully back up and running. That’s even more money lost! Why recover from the inevitable cybersecurity attack when you can prevent it? What if I told you there is a trusted way to significantly shrink your company’s threat surface? There is such a way and it’s called the “zero-trust” approach to cybersecurity.

Anti-Virus and Email Filtering Are NOT Enough

Your anti-virus isn’t the security champion you have been led to believe it is and it’s nowhere near enough to save you from most threats that all small to medium-size businesses face every single day.

If you think you’re not in danger because you’re “too small,” think again. 82,000 NEW virus threats are being released every single day and HALF of the cyber-attacks occurring are aimed at small and medium-sized businesses. Let me reiterate, that’s 50 percent of cyber-attacks! Most of these cases are swept under the rug for fear of embarrassment and to protect the victim’s reputation.

You (as your company’s first line of defense) are irresponsible at best if you’re putting complete trust in any of these programs. Most IT consultants won’t tell you that your anti-virus is completely ineffective against any viruses that are released after your anti-virus and email filtering are installed.

There is a virtual army of thousands of hackers and very sophisticated crime rings that work around the clock to overcome known protections–and you can’t stop a brand-new threat that was invented yesterday with a security system that was designed six months to a year ago. It requires special expertise to stay on top of this, which is why many don’t. This is COMPLETELY unacceptable and leaves businesses like yours unnecessarily blind and vulnerable to new viruses that look nothing like the ones your anti-virus is trained to see and stop. These new viruses, known as “zero-day” viruses, make up over 70 percent of all attacks that pose a threat to your business. The ugly truth is, cybercrime is very real and you’re most likely severely underestimating the potential damage, OR you are being ill-advised and underserved by the employees and/or vendors you hired to protect your business from these threats.

Most IT consultants won’t tell you that your anti-virus is completely ineffective against any viruses that are released after your anti-virus and email filtering are installed.

Their “sleeping on the job” approach to cybersecurity left this construction company’s door wide open to an attack. Since they were only protected with Webroot Antivirus this left them exposed to mal-ware that their anti-virus was not able to identify and stop.

Unfortunately, this company ignored this deeply disturbing truth: Hacker tactics evolve faster than you can say “Hasta la vista, baby.” It took them more than a week to recover and they were never able to get all their data back.

After this data breach, they realized how serious an attack could be and, understandably, no longer trusted this lazy IT services provider. So, what did they do? They called us in desperation. We then showed them how they can better protect their company and avoid being impacted by another massive disruption like the one they had just experienced by using multiple layers of security including our zero-trust solution.

You MUST Have A Proactive, “Zero-Trust” Approach To Cybersecurity

Picture the above conglomeration of hackers and crime rings around the globe as a gigantic monster with many arms that never, ever sleeps. When one arm gets tired, another one picks up the slack as the other recuperates. What I’m trying to say is cybercrime never slows down and is always evolving. That is why you must be proactive in order to stop the onslaught of new attacks that are continuously being unleashed. This is also a problem that is unfortunately never going away. They never sleep so your cybersecurity can never sleep.

Other even more aggressive forms of protection come in the forms of “application whitelisting” and “ringfencing.” Instead of learning your behavior, white-listing cybersecurity software will create a list of pre-approved applications that are allowed to run on your organization’s network, making it nearly impossible for a virus to deploy and infect your computer systems.

“82,000 NEW virus threats are being released every single day and HALF of the cyber-attacks occurring are aimed at small and medium-sized businesses.”

Your anti-virus isn’t completely useless and is definitely a protection worth having in place to protect you from about a quarter of the threats out there. Just don’t be fooled into thinking that anti-virus, anti-malware, firewalls, and email filtering are ANYWHERE near enough. Say it out loud to yourself (and whoever is around to listen) so it really sinks in: anti-virus, anti-malware, firewalls, and email filtering are not and will never be enough!

Do NOT be a “sitting duck”. Without a fortified and proactive cybersecurity approach, you’ll just be waiting to be picked off by a preventable attack just because it’s new and your anti-virus and email filtering have no way of recognizing it. Also, if your business is the victim of a cybercrime, you will NOT get any sympathy. As I said earlier, you will be investigated and questioned about what you did to prevent this from happening–and if the answer is not adequate, you can be found liable, facing serious fines and lawsuits. You will be required by law to tell your clients and/or patients that YOU exposed their private records, financials, and data to a criminal. Your competition will revel in your misfortunes and your bank will NOT come to your rescue. Unless you have a very specific type of crime insurance, any financial losses will not be covered. IT and cybersecurity leader, and CEO of ThreatLocker, Danny Jenkins says “Everybody fails, but if you’re not doing anything not to fail again…you have a problem.”

Here’s an example of a San Antonio financial services client we have who took control of their company’s safety by evolving their security measures to reflect not only the known threats (which only accounts for about 25 percent of the attacks we face today) but also the newest, unknown attacks being innovated by hackers at any given time. We made it really easy for them to block EVERYTHING they don’t explicitly trust and put security layers in place to control what apps can run on their computers and what those apps can do. By taking these measures, this financial services company is doing everything they can to protect their most valuable assets – their data. Since implementing zero-trust/default-deny solutions, they have had no downtime or infections, allowing them to focus on growing their company without worrying about their technology.

“Supposing Is Good, But KNOWING Is Better.” – Mark Twain

With a zero-trust approach to cybersecurity, you will significantly shrink your company’s cyber-attack surface. You, as the informed and diligent business owner you are, with the trustworthy and unparalleled help of Juern Technology, can confidently look ahead to a future for your company with peace of mind. Now armed with better cyber threat intelligence, this approach will vanquish any cyber-threat monsters lurking in the metaphorical cyberspace closet and you’ll be able to rest easy knowing your computer network is on its way to being truly secure.

If after reading this you still believe it can’t happen to you, permit me this one question… When you fall victim to a cyber-attack, will they call you stupid… or just irresponsible? 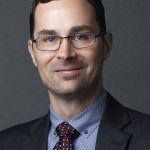 Neal Juern is the President and CEO of Juern Technology, a managed IT services and security firm based out of San Antonio. Neal is passionate about educating businesses on how to decrease their threat surface so they can run faster, easier, and more profitably. After spending more than 14 years working for a national company on large enterprise IT systems, Neal knows the challenges that small and large organizations face in cybersecurity and protecting the investment they make in their IT infrastructure.

Neal has helped Juern Technology become a highly rated IT services company. Neal is partnered with top technology leaders like Cisco, Microsoft, Dell, and others and has been featured in print and online industry publications. Juern Technology was recently recognized by top computer security company, ThreatLocker, for its dedication to cybersecurity.

How Businesses Can Leverage IoT in 2021