In addition to guest posting on the UpCity blog, Maverick VR is featured as one of the Top VR/AR Companies. Check out their profile!

During the last few years, we have witnessed explosive growth in the use of virtual, augmented, and mixed reality applications in education, training, and entertainment, but what about the Marketing Department?

In our discussions with corporations of all sizes, we often acknowledge the power of virtual reality technology in marketing to build relationships with customers and prospects, yet, in most cases, they have delayed their implementation, assuming they don’t have the resources to pull off customized, high quality, on-brand immersive experiences.

The good news is we are starting to see a shift in the adoption of experiential marketing programs. Many industry leaders from major brands are coming on board. They understand the value of using these immersive technologies and believe it will become the new norm.

With these technologies, you can tell a story. You can entertain or educate, but since they are immersive, they can provide a lot more emotional impact on an audience.

In marketing, VR experiences can quickly scale from a few people to hundreds or thousands. If the audience is vast and there are not enough headsets, VR content can be mirrored onto large monitors. After an event, companies continue to get value from their production and justify a return on investment through social media sites for years to come.

Maverick VR had the opportunity to be part of a video production created by a pharmaceutical company. At the product release event, the audience put on VR headsets to experience the challenge an evening at a restaurant presents for a person with an eye disease. It was a very moving experience.

The following are a couple of examples of how virtual reality is being used in marketing.

Have you bought hiking or running shoes lately? You probably went to a store, asked for your size, tried on a couple of pairs, took a few steps, and decided on which shoe was most comfortable.

Merrel wanted to create an experiential event to market their Trailscrape shoes. They created a virtual reality experience that allows guests to try out the brand’s hiking shoes by going on a fully immersive hike without leaving the launch booth. Using Virtual Reality, they created the immersive elements of walking on a bridge, wind, and the ground shaking.

Samsung Teams Up With NASA

Samsung Electronics America offers a virtual reality headset called Samsung Gear VR. The company had an ambitious goal. They pondered the question, how might they stand out and get significant consumer attention in the crowded VR headset market?

Samsung decided to create a genuinely immersive experience buy teaming up with NASA to produce “A Moon for All Mankind” This is an immersive, consumer-focused 4D lunar gravity virtual reality (VR) event.

Located in New York City, consumers can immerse themselves in a visual and physical VR experience. Once they dawn the headset and begin their journey, they can see the Earth and walk on the Moon as astronauts. Participants are tasked with a mission that accurately recreates a fictional moon mission; they feel what it’s like to experience lunar gravity.

At Maverick VR, we have been part of dozens of high-end product activations. We have observed that while almost everyone has heard about virtual reality and seen images of people wearing headsets, most have not yet experienced the “wow” factor of a high-end 3D production from inside a headset.

As equipment costs come down and ease of production goes up, increased adoption of virtual reality technology should become part of the marketing efforts among smaller companies across most industries. 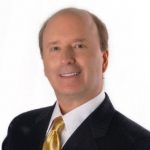 Alan Aronoff is a partner with Maverick VR. Alan has extensive experience with Virtual Reality and providing experiences for corporate events, parties, trade shows, product launches, and conferences of all sizes. He has helped provide hundreds of amazing and immersive VR experiences for individuals and companies since Maverick VR started in 2016.

How to Integrate Influencer Partnerships into your Social Media Strategy