In addition to guest posting on the UpCity blog, Madison Taylor Marketing is featured as one of the Top Branding Agencies in the United States. Check out their profile here.

Sustainability has been a hot-button issue on everyone’s minds for a long time, and it’s never been more prevalent than it is right now. In a recent survey, 88 percent of consumers said they wanted brands to help them be more environmentally and ethically friendly in their daily lives.

Businesses are catching on too. Since nearly half of consumers say they would definitely or probably change their habits to reduce their impact on the environment, businesses have started to emphasize environmental consciousness in their packaging, sourcing, and marketing. Embracing the sustainability angle can be a boon for your business, but there’s a right and a wrong way to do it.

In case you’re unfamiliar with the term, “greenwashing” is the practice of pretending to be an environmentally conscious company while not making any real, substantial changes to the way you do business. Every brand wants to claim that they’re aligned with sustainability, but some of them are committing some pretty serious ecological wrongs:

So what should you do instead? Well, first of all, don’t lie about being more eco-friendly than you are. It’s easier than ever for customers to do their research, and being caught in a lie is far worse than never having said it. Second, make real efforts to reduce your carbon footprint. There are plenty of easy steps you can take to make your business a better friend to planet Earth, and you won’t have to fudge your numbers if they’re real!

How to Market Sustainability

You’re doing a good thing by focusing on improving your ecological impact on the world — but that doesn’t mean people are going to be excited by what you’re doing. The approach that you take with your marketing matters, and there are a few angles you should focus on.

Impossible Foods, the plant-based meat substitute, doesn’t advertise itself as a veggie burger. They focus on the fact that their product looks, feels, and tastes just like real meat. They even run ads wherein self-professed burger aficionados are fooled by the realistic taste and texture of the Impossible version of their favorite fast food.

It’s well-documented that makeup brands can contain some scary ingredients — but women for whom makeup is a priority are more focused on makeup that applies well, doesn’t run, and looks great. Advertising safer makeup by mentioning that they’ll have to compromise on performance is a deal-breaker.

Instead, makeup brands that focus on better ingredients talk about “safety” and “performance.” Lush calls themselves “the brand where cosmetics were made using the freshest ingredients, not tested on animals and sold fresh to customers.” Barefaced refers to its products as “ethically sourced,” emphasizing that they don’t test on animals or exploit child labor.

Talk About the Tech

Nest wasn’t the first on the scene with programmable thermostats; in fact, devices like Nest have been around for decades, but they were clunky, drab, and notoriously difficult to program. People hated them, and it was easier to simply leave the heat at 68 all night long.

Nest came along with sleek aesthetics, a beautiful color interface, a mobile app, and simple, straightforward software. Users can even accrue “leafs” as they save energy. Suddenly, using and adjusting your thermostat is actually fun! The energy and money saved is almost a side effect.

The most important thing, no matter what your company does or what angle you take, is to assemble a coherent, compelling story. Consider Tony’s Chocolonely, a rising star in the world of chocolate. The founder, upon learning of horrific labor conditions on cocoa farms, vowed to produce “slave-free” chocolate.

If you want your messaging to resonate, you have to be able to tell your story well. Focus on creating authentic, relevant, informative content that tells your company’s narrative without embellishing or relying on fluff, and your customers will appreciate your authenticity. 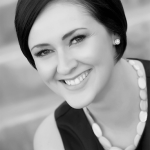 Aimee founded Madison Taylor Marketing in 2008 and serves as the current CEO, though is affectionately referred to internally as the chief marketing aficionado. Aimee has broad experience in marketing strategy and operational execution and demonstrated success implementing strategic business initiatives. Aimee started Madison Taylor Marketing to help small and medium-sized companies across the country accomplish business goals through effective marketing. While the agency has grown, Aimee’s focus has remained the same.

7 Things to Consider When Budgeting for Translation Services

How To Increase the Professionalism of Marketing Videos Shot on Mobile