From the Ground Up: An Interview with Margaret Wolfson of River + Wolf

Jordan Stella UpCity From the Ground Up

In this week’s “From the Ground Up” interview, we sit down with Margaret Wolfson, founder and chief creative of River + Wolf, an UpCity Certified Premium Partner and one of the top branding agencies in New York. Below we discuss how Margaret transitioned from dramatic performance to branding and naming, what free-diving can teach you about building a business, and more! 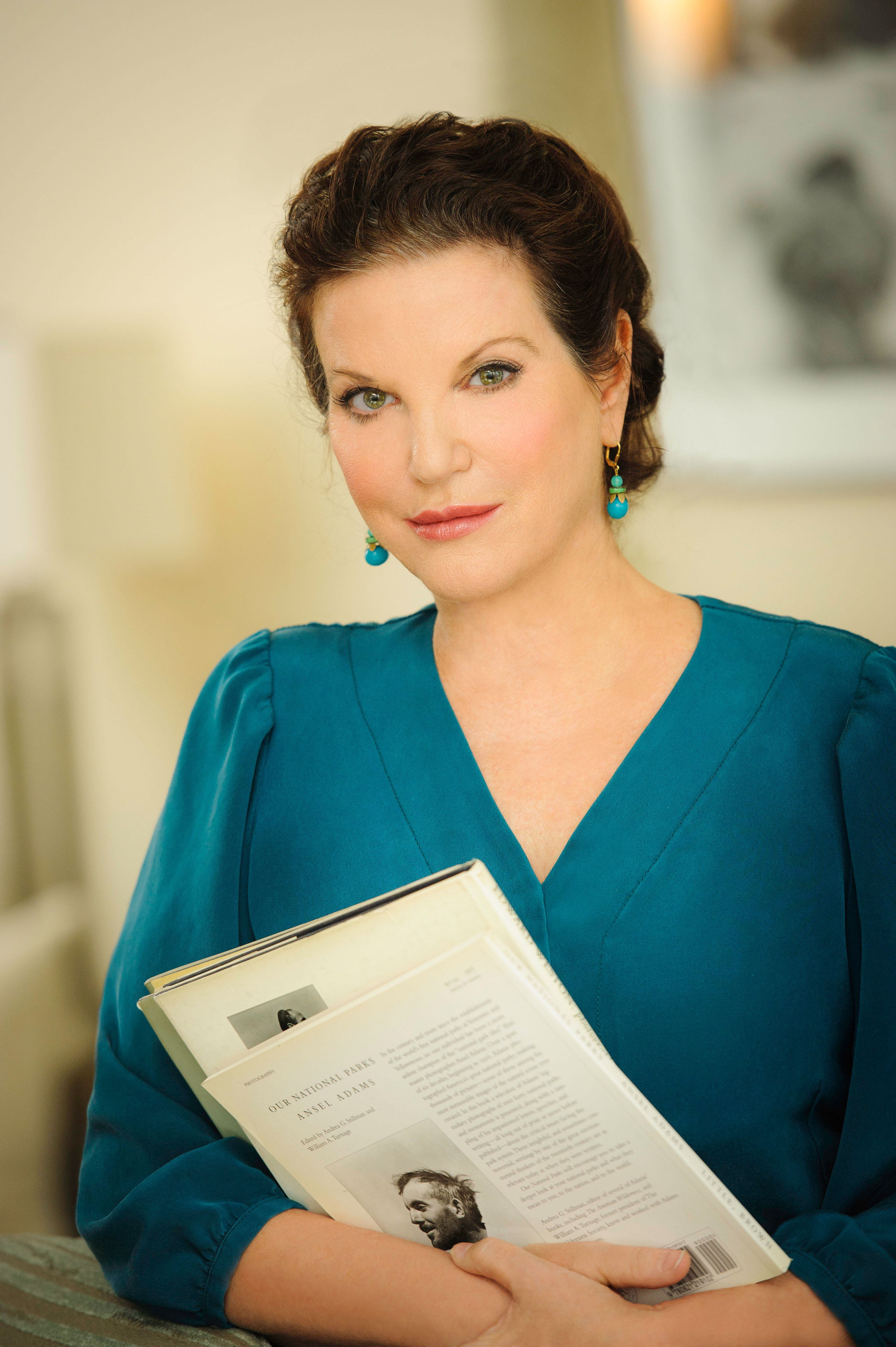 Q: Thanks for joining us today, Margaret. Let’s get started by having you tell us a bit about your background and your company’s history.

A: I started my career as a performing storytelling artist, working with world musicians and painters. I would transform world myths and epics into hour-long performances. The narrative would be interwoven with music performed on a range of instruments, including flutes, harp, lutes, percussion and so on. The story was further amplified with painted stage sets that resembled huge pages from books.

A lot of my time as a storyteller was spent on the road. And with that, there was downtime. So I began looking for additional ways to use these pockets of time.

I had always been fascinated by brand names—a fascination that began in my childhood while visiting car showrooms with my dad. He was an English professor and as such, was naturally intrigued by the metaphorical meanings and sonic qualities of many of the names.

In the beginning, I worked as a naming consultant for multiple naming, branding, and advertising agencies. Eventually, this grew into a part-time role as a creative director for a naming agency, something I was still able to do while touring. During that 12 plus year period, I worked on hundreds of projects in every imaginable industry. Over time, I found myself becoming more and more intrigued by the naming field—name development of course, but also trademark law, name and brand strategy, and client engagement. In 2014, I decided to devote my career fulltime to naming. The next natural step was to open my own agency.

On the surface, those two careers might seem entirely different—but there are many similarities. Both deal with language. And both are about distillation—whether compressing a sweeping myth into an hour-long performance or packing the essence of a product or company into a word or two. And just as in performing, I loved the partnership between language and visual design—in performing it was set design, and in naming, design, from logo to packaging.

Q: Wow, that’s certainly a different way to get into the industry.

A: In my experience, a lot of people get into naming after a stint in marketing or branding. Nothing is wrong with this route, but I believe my literary and theatrical training and experience, combined with in-depth, albeit informal study in communications and marketing, is ideal for the naming profession. The deeper and richer your intellectual background, the more material you have at hand for name development. The years of global travel I spent as a performer, also made it easy for me to quickly grasp and work with cultural differences.

Q: So you came into naming in a somewhat roundabout way, but what made you niche down and focus specifically on naming? These days so many agencies prefer to opt for the full-service model, adding as many services as possible so they can attract the widest base of potential customers; you’ve taken almost exactly the opposite approach. What was the thought process behind that decision?

A: Great question. And there are really two answers to that. First, we do offer a variety of other services, but we offer them through a partnership model, as some clients only need names. We have a visual branding partner with whom we work regularly, as well as legal, writing, and translation partners. But there is enough demand for naming alone, that it makes sense to offer it as a sole service. When done right, naming is a complex and time-consuming niche of branding—something not widely understood. Many advertising, design, and strategy firms list naming as a service, but they generally don’t have the experience or expertise to develop names that lead to successful trademark registration. This challenge increases with global naming projects. Naming isn’t just about coming up with a handful of potentially good naming options. Sometimes you get lucky and catch lightning in a bottle, but that’s the exception, not the rule. Naming agencies such as River + Wolf develop and screen vast numbers of names. They are also fluent in creating various naming typologies—one-word names, blends, coined words, portmanteau names, phrasal names, and so on. And they’ve spent years researching the naming landscape. Full-service agencies don’t have the time to go into such depth. But we believe naming requires it.

Q: Could you go into a bit more detail about what makes naming so unique?

A: As noted above, many people can come up with an interesting idea or two for a name, but finding names that have strong chances for successful trademark registration and will not hit negative meanings or pronunciation issues in other languages, is a much, much steeper climb. You also have to spend a good deal of time understanding the offering being names and the client’s interests. Before any naming begins, you need to do an in-depth exploration of what we call at River + Wolf the 4 Cs—character (tone of voice); construction (the way the name is built); communications (messages the name should convey); and continuum (where the name falls on the Spectrum of Distinction).

For example, let’s look at “communications” through three brands of women’s athleisure: Cobalt 21, Sweaty Betty, and Oiselle. The message behind Cobalt 21 is strength and power (cobalt being a metal). Sweaty Betty speaks to fun, both in communication and character. Oiselle, being the French word for bird (and also sounding a bit like gazelle) conveys freedom of movement and grace. Even though they’re similar goods, the tonality and personality inform their names.

Q: Interesting. Have you found that focusing on a niche service like naming has limited your ability to find potential clients?

A: Usually we don’t find them, they find us. You’d be surprised how many people search for naming related queries on Google. We’ll get calls from VPs of marketing, founders of startups, and brand managers of in-house company teams. Often they have tried to develop names on their own, but most of the options were refused by IP lawyers as likely to cause confusion with existing names. We’re also very happy to be featured on platforms like UpCity. Such platforms are a big help to agencies such as ours and very much help to drive clients our way.

Q: That’s awesome! That’s a great testament to the power of the organic channel.

So when it comes to growing your agency, what has been the biggest challenge that you’ve run into?

A: Though I have been developing names for more than 15 years, River + Wolf is the new kid on the naming block. Many of our competitors began in the 90s during the tech boom. So they will always have a leg up on River + Wolf in terms of organic search. The other challenge is that clients often want one, natural dictionary word. They see names like Apple or Amazon and believe that one-word, relatively short, natural language names are the best way to go. One needs to be much, much more creative these days to find names that will survive the trademark screening and search process.

A: Crowdsourcing seldom leads to strong names. Those doing the naming do not understand the issues of naming, nor are they working from detailed creative briefs. Essentially, crowdsourcing names is like throwing a lot of ideas against a wall and hoping something sticks. Naming is a rigorous and disciplined process that requires a great deal of upfront work before any name development taking place. Crowdsourcing does not allow for that. Nor do the “namers” have the branding knowledge required to create names.

As to Artificial Intelligence—naming is part strategy and part art. And art requires subtle, lateral thinking. From what I’ve seen so far, Artificial Intelligence has not yet mastered the level of thinking needed to create good names. It works mostly through mashing up and combining words. It is, however, a great tool for naming agencies or professional naming consultants.

One of the things that we pride ourselves on is the deep human connection we forge with our clients; we dig deep into who they are and we go through the naming journey together. Coming up with a great name is like making pottery. First, you need to dig up the clay. Then you shape it. Next, you fire it in the kiln. At this stage, many names, like pottery, don’t hold up. So you start again. And again. Finally, you apply the color and glaze—which can also change, depending on multiple factors. It is a long and involved process. A.I. is good at “digging up the clay”—but it rushes towards the finished vessel or name from there, skipping all the important middle steps.

Q: As someone who has been able to build such a successful agency over the last five years, what advice would you give those that are just starting their company today?

A: I once viewed a TED talk featuring a well-known French freediver (divers who go to great depths without oxygen tanks) who was discussing the dangers that can happen when divers begin their ascent to the surface. At that moment, you’re tempted to look up. He warns against giving in to this urge. Seeing the utter blackness that lies between you and oxygen—oxygen your lungs are now craving—could lead to panic. And panicking at such depths would lead to certain death. It is crucial to keep your eyes focused on the rope alongside you. This is a beautiful and dramatic analogy for staying in the moment.

And staying in the moment is great advice for new business owners (in fact, all of us!). When you’re just starting a business, it’s easy to look ahead and see how much distance you must cover to reach your goals. Don’t do it. Keep your eye focused on the immediate tasks at hand.

Margaret is the founder and chief creative of River + Wolf. Before launching River + Wolf in 2014, she worked for more than a decade as a verbal identity consultant/creative director, developing names, stories, and marketing messages for new and established companies throughout the world. Her naming experience includes name development for clients such as Yum China, NCC Media, Coca Cola, Bangkok Bank, Starbucks, Calvin Klein, Target, Unilever, and KraftHeinzCompany, to mention a few of hundreds.

She also lectures on brand naming, most recently appearing at the Harvard Club in New York City and in Paris at the Institute Francaisede la Mode and Cinquieme Sens. Margaret has widely contributed to or been quoted in the media, including Forbes, Crains, Fast Company, More Magazine, The New York Times, NBC News, and The Next Web. In 2018 she was selected as a top female entrepreneur by the Huffington Post.

Prior to her brand naming career, Margaret was an award-winning author and accomplished artist-entrepreneur with a long history of producing/performing spoken arts concert with global music throughout the world. Margaret has a Master’s degree in literature and communications from New York University.

From the Ground Up: An Interview with Vishal Bhatia of Dedicated Developers

From the Ground Up: An Interview with Heidi Sullivan of UpCity

From the Ground Up: An Interview with Laura Cole of Vivial

From the Ground Up: An Interview with Kevin Fidler of NuStream Marketing