From the Ground Up: An Interview with Jason White of KitelyTech

In this week’s “From the Ground Up” interview, we sit down with Jason White from KitelyTech, an UpCity Certified Premium partner and one of the top digital marketing agencies in the United States. Below we discuss how KitelyTech has grown into a multi-city, international agency, how they scale their operations without overstepping their capabilities, and more! 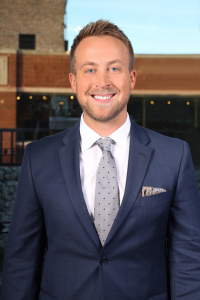 Q: Tell me about KitelyTech. Let’s start from the beginning.

A: I founded the company back in 2009. I had a pretty lucrative position at a family company at the time, but had an epiphany that I wanted to go off and do my own thing – something I felt more passionate about. I quickly learned a lot of shortcomings that existed in the technology industry in terms of the sheer ability to communicate, hit milestones, or maintain transparency throughout the process.

There are a lot of moving pieces that need to come together in an agency like ours: the tech and creative teams need to work alongside each other. To best manage the company, I brought on a small team to take on the projects. This allowed me to take a step back and steer the ship in regards to quality and communication. From that point on, word of mouth was a primary driver for what brought our business to where we are now.

KitelyTech is now a full-service web development, branding, and digital marketing company. We work with everybody from startups to Fortune 100 companies and our team is more than 80 people strong. What started off as a spark in a young entrepreneur’s eye ended up turning into a successful business almost inadvertently.

Q: Successful is an understatement I’d say! You’re in how many cities across the U.S.?!

A: We’re now in several cities in the U.S. and soon to be London. That doesn’t happen by accident. With any business, there are key components to keep in mind.

Gross revenue is great, but net revenue is better. You can have big gross revenue goals, but that doesn’t mean anything unless you’re actually making a profit.

That being said, it’s not just about the money. It’s also about the quality of what you’re doing each day and the relationships you build along the way. All of that can only happen if you have strong internal processes and it’s all built on a stable foundation.

I had a very methodical father who owned a successful electrical contracting company for over 37 years (the family business I left). He taught me at a young age that, just because the wires are behind the walls doesn’t mean they don’t exist; they better be straight and they better be perfect.

Q: Let’s talk a bit more about your internal processes and how you’ve been able to keep “the wires” perfect while scaling operations. How have you ensured that quality remains high as you grow your business?

A: I think you nailed it in your question: it’s about being process-driven. Having a replicable process keeps you consistent, ensures quality, and helps you iterate and improve.

We’re constantly evolving as a company because we surround ourselves with people who want to better themselves and better our processes. I think that’s what generates real thought leaders and true industry trendsetters – that desire to always perfect your craft.

One thing we’ve done internally is set up “safe space meetings.” It’s important to allow your team the ability to be vulnerable in order to get the best output. By having a safe space meeting where emotion is removed and it’s all about the process, you move the focus off of what someone individually did and on to how you can improve as a team. It’s not about the mistake, but rather what process allowed that mistake to happen in the first place.

Q: That type of conversation isn’t always easy to have and must take a pretty specific kind of person. What things do you look for when bringing someone onto the KitelyTech team?

A: Independent thinking is huge, but that balance of being independent and being coachable is key for us. We need our employees to have certain competencies, but I’ll never hire someone who is the “self-centered genius” type. I want us to grow as a team. I want someone that will be able to take criticism—without taking it personally—and give critiques in a diplomatic way.

Beyond that, I look for someone that isn’t going to just check out at 5:00. When things need to get done, we roll up our sleeves and get to work. There’s no checking out early or part-time mentality on our team. People talk a lot about work-life balance, but I’m more of a proponent of the fluid integration of the two. It makes things more manageable and I try to coach our team that there doesn’t have to be a hard on-off switch between your work and your life.

Q: I want to focus a bit more on something I uncovered while looking through your reviews across the web. One of the recurring things I noticed is that your customers seem to truly appreciate the type of personal interaction that you give them. It’s not just another partnership, they actually get to work with you, the owner. How has that helped your business grow and contributed to your reputation as a trustworthy partner?

A: Honestly, if I could remove titles within my company, I would. Every day is an all-hands-on-deck situation, so I never take a passive approach. Team members have their individual roles and responsibilities on a daily basis, but if something needs to get done, we get it done and no one is excluded from that. I might be the owner, but I’m just another employee as far as I’m concerned.

I start work at 4 o’clock in the morning and I’m done at about 11 o’clock at night. I’m a serial entrepreneur; I’ve been involved in over a dozen companies at different stages and that experience brings with it a lot of wisdom.

Wisdom doesn’t come from living a perfect life though. I’ve succeeded and I’ve failed and it’s that experience that I try to bring to every project. If I can save another business owner some of the hardships that I experienced as a younger guy, then I’ve done my job.

Q: Love it. That’s a great way to approach the agency-client relationship. Last but not least, tell me a bit more about how you found UpCity and how the partnership has helped your business thus far.

A: We’re really a referral-based company. That’s how we got to where we are and that will always be our strongest lead generator. UpCity has generated a platform that gives customers unbiased, positive or negative feedback, which goes a long way in establishing trust.

We’ve been a partner with UpCity for years now. We were an early adopter of your Marketplace and it’s been a relationship that’s been really fruitful for us. It’s my job to analyze our business relationships and determine which ones are worth the investment. We’re still talking, so that speaks volumes to both sides, right?

It’s great for us because we’re able to scope new markets and continue to expand with the confidence that we’ll be able to promote our business across the country. You guys are the perfect partner to help achieve that.

Prior to launching his career in tech 20 years ago, KitelyTech CEO Jason White became an electrical apprentice for an upscale construction company in Detroit, Michigan at 19, and still holds 10+ electrician accreditations. In 1999, Jason made his first foray into the business world with the launch of his first company, and the rest is history. His first business was followed by several other startups in a variety of verticals, all with the common denominator of maximizing the utility of technology.

Along the way, he encountered the snafus that have all but become a rite of passage for founders: subpar communication from the development company he hired, inefficient project management that led to delayed launches, and coders who had to forfeit Jason’s project because he realized they didn’t have the technical know-how to complete it. Unlike most entrepreneurs who face these hurdles, however, he decided to do something about it.

In 2009, Jason set out to start a technology company that not only supported his personal projects, but would challenge the technology world to raise the bar by providing top-notch customer service, transparent communication, and a team capable of both engineering complex software and developing a beautiful user interface. Jason founded, and now acts as the CEO of KitelyTech, a Chicago-based technology company that delivers software projects worldwide to customers ranging from startups and SMBs to Fortune 500 companies.

KitelyTech thrives in environments where their team can harness the reliability and consistency of technology as a renewable resource to improve the efficiency of clients’ processes, often in novel and unexpected ways.

While a tremendous strategy resource for startups, Jason’s vision as head of KitelyTech extends well beyond SMBs, and KitelyTech is most familiar with managing projects for multi-billion-dollar companies. From developing a clinical testing management system (CTMS) for a multinational pharmaceutical company to an extensive, secure intra-company communication and legal document transmission system to mobile applications downloaded by users worldwide, there is no project too big or complicated for KitelyTech to successfully complete. Nowhere is this better illustrated than in the many situations in which other Chicago tech companies take on a complex project that surpasses their skillset, and so they bring KitelyTech in as a partner to take the lead on the project.

Even in his free time, Jason is honing his entrepreneurial mind by sharing and discussing lean startup methodologies with students from both Northwestern and Loyola Universities.

Read for insight and guidance from several business owners and partners from our expert community of partners to give context to the best practices.

How UpCity’s B2B Customers Are Conducting Their Audits

It’s never a bad time to update your method for marketing or business operations. Here’s how our customers kick that off with internal audits.