How to Consistently Generate Winning Content, Strategies, and Ideas

In addition to guest posting on the UpCity blog, ATX Web Designs is featured as one of the Top Digital Marketing Agencies in Austin. Check out their profile here.

Ideas are a dime a dozen. Winning ideas, on the other hand, are a marketing agency’s cash flow. How do you keep that flow constant? Your ideas have to be original and compelling (and well-executed) so that they make sales for your client, and they have to be so outstanding that they beat your competition. But maybe the greatest challenge is to keep generating great ideas to that your business is always growing.

I’ll tell you, there aren’t enough showers in the world for that.

Lucky for you, below are four proven strategies for generating great ideas over and over again, no shower required.

Adam Grant is a professor at Wharton and the New York Times bestselling author of Originals, a book all about implementing original ideas. In his 2016 TED talk, which has been viewed over 7 million times, he says that one of the keys to great ideas is procrastination.

In a study, participants were asked to generate new business ideas, then divided into three groups. Two of the groups are given special instructions. The first group is asked asked to generate ideas right away. The second group is allowed to play a few minutes of minesweeper. Those in the second group, deemed “moderate procrastinators”, were found to be 16% more creative than the other two groups.

Immediately completing the task doesn’t allow for imagination or creativity. Your brain thinks very straightforwardly about the task at hand. Put things off to the last minute and you’re too rushed (and probably panicked) to think of anything worthwhile.

But when you park an idea in your brain and then do something mindless–like play minesweeper or take a shower–you give your brain a chance to make associations, to imagine, to see possibilities. Just as marinating meat before grilling makes it more flavorful and tender, letting a challenge sit in your brain for a little while allows you to approach it creatively.

Whether pitching presenting or crafting, your best ideas will come after a little mulling. Revisit your data and goals, then go let your mind work it out before sitting down to put it together. Your work will be better.

Grant, something of an expert on generating original ideas, says that coming up with a few ideas isn’t good enough. Instead of 20 ideas, try generating 200–that’s where the limits to our creativity lies. In his words, “You need as big a haystack as possible if you want to find good needles in it.”

This strategy is especially useful when talking branding strategy for a new client. You know their problems. You know what they came to you for. Now how are you going to overcome their challenges and grow their business? What’s going to get them traffic, views, clicks, and paying customers?

To ensure a bountiful haystack, work with your team to get all the ideas on the table (or at least 200), then pursue the best.

Do Something Completely Different

In the push to meet deadlines, our creativity can suffer. You can get so focused on hitting a goal that you miss the very thing the goal was created for.

There is ample research that supports taking mental breaks to spur creativity. In fact, Lin-Manuel Miranda, conceived of his megahit Broadway show Hamilton while on vacation in 2008. After an intense period of working on and performing In the Heights, he took a well-deserved break. It was while reading the Ron Chernow’s biography of Alexander Hamilton that he had the crazy idea to write a hip-hop musical about him.

In 2009, he performed the only song he wrote for a small (but important) audience. When he asserted that Alexander Hamilton embodied hip hop, they laughed!

Creative work brings creative fatigue. Churning out work, responding to clients and pitching, can all deplete your creative reserves.

Keep puzzles at your desk, games in your office, a book by your computer. Schedule time for a quick walk each afternoon. And every now and then, go on vacation.

Your agency is only as good as your creativity. Help it thrive.

Be More Afraid to Try Than to Fail

Some ideas are destined to fail. That’s okay.

The most shattering ideas often sound the craziest, and most likely to fail. Elon Musk thought Tesla would fail. The original iPad was not well-received. But look at them now.

Ambition requires risk. Take your best, boldest ideas and run with them. Some are bound to flop–that is the way in the creative world. Your job is to learn from the flop and create a better iteration. Your work is to outmarket the competition. Your success requires new ideas, fresh takes and originality. It demands bold ambition.

So, take risks. Fail. Do better next time.

It’s the only way to win. 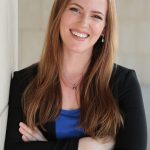 Anna Ray is a wordsmith and freelance writer based in Houston, TX. The internet's a noisy place. Want to be heard? Whisper.

Video Translation: Should I Subtitle or Voice-Over?

What Video Marketers Can Learn from Online Dating