A Quick Guide to Understanding the Video Production Process

In addition to guest posting on the UpCity blog, Telideo is featured as one of the Top Video Production Companies in the United States. Check out their profile here.

Investing in video marketing can be extremely rewarding, but at the same time it can be a costly, time consuming and risky investment. Especially if it’s your first video project and you’re depending on outside help to produce your content. We’ve found that the key to helping content marketers minimize those risks is to have a basic understanding of the video production process.

Having a general understanding of the process behind what it takes to produce video content will help you and the production company you end up working with establish a stronger dialogue, help ensure a smooth production process and ultimately lead to better content being produced.

Depending on the type of video that you’re creating, some steps will be less challenging than others, but as small of an importance you think a certain step may play, it’s important that you give it the full attention it deserves. The slightest oversight of any detail can have costly effects on the outcome of your video and ultimately lead to your producing ineffective content.

Below is a quick overview of the three stages of the video production process to help get you up to speed. Each stage plays a critical role in the overall success of your video.

For those of you who are new to video marketing and video production, the “pre-production” process is basically everything that takes place prior to the actual filming of your video. As a content marketer, this is the stage of the video production process where you’ll be able to have the biggest impact and provide the most direct value.

It’s during the pre-production stage of the process where you’ll define your overall all strategy for the video, write the script, find the perfect talent and discover the best location to film it. And when it comes to strategy, it’s extremely important to define your target viewer, just as you would define your target audience for any other marketing initiative you invest in.

When most people think of video production, it’s the “production” stage that usually comes to mind.  It’s during this part of the production process where your pre-production efforts will really begin to pay off. But it’s also important to keep in mind that a lot of critical things need to take place during this stage before you hit the record button.

You’ll want to make sure that scene looks perfect and is framed appropriately for the shot. In order to do that you’ll need to perfect the lighting of both your talent and the entire set. Another critical step is testing the audio, and of course making sure that your on-screen talent is ready to be filmed. Video cameras are great at picking up the slightest detail, but unlike photography, correcting errors is a bit more complicated and can quickly lead to additional hours in the editing booth or costly re-shoots.

The final stage of the video production process is the “Post-Production” stage and includes things like preparing the footage, editing it and then adding things like on-screen motion and titling, background music and sound FX.

This is the part of the process when all of the different footage you had captured is reviewed, perfected and assembled together to tell your company’s story.

How It All Comes Together

Now that you have a better understanding of the production process, take a look at the types of videos that are most beneficial for businesses. Here are four videos that we created for clients in a range of industries:

Fitness Together is a national health club brand that specializes in 1 on 1 personalized training in a private environment. Because many of the franchise owners are trainers themselves and tend to play a personal role in their clients transformations, they wanted to kick off this year’s national conference by sharing some impactful client testimonials to help inspire the audience.

The mission of the Colorado State Patrol is to ensure a safe and secure environment for all persons by utilizing the strengths of its members to provide professional law enforcement services that reflect their core values of Honor, Duty and Respect. The CSP wanted to capture its mission in a way that truly demonstrated what it means to be a Colorado State Trooper.

Drud Technology is an independent software vendor whose DDEV development software helps make digital experience development simpler and more efficient. Because their solution is complex by nature, we felt it would be best to illustrate their value proposition by using animation, however, we wanted the video incorporate some level of humanization which is why we ultimately decided upon a hand-illustrated stop-motion video that contains both live and digital production components including a real hand to introduce some of the video’s creative assets.

MSM Solutions is a US based Independent Software Vendor and Solutions Integrator whose PortalTrack software solution has been deployed globally by some the world’s most recognizable retail, automotive and health care brands.  They wanted a way to easily explain how RFID tags are printed and encoded to non-technical decision makers. In addition to posting this video to their website and sharing it with targeted prospects, MSM also invested in a YouTube campaign to support the launch of this video which has resulted in over 16,000 views.

Connect With Your Audience

Once your video is produced, all you have to do next is put your video marketing plan into action and drive traffic to your new asset. The easiest way to do that is to place it on your website, get it on YouTube and then integrate it into your digital marketing, paid advertising and corporate communication efforts. 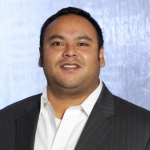 Ditching the Niche: Is It A Good Idea?

How to Design a Great Annual Report

Why Your Company Should Leverage Agile Software Development