A Guide to Pricing the Video Production Process

In addition to guest posting on the UpCity blog, D-Mak Productions is featured as one of the Top Video Productions Companies in Phoenix. Check out their profile here.
What controls the pricing of a video production? A video production can range from a few hundred to tens of thousands of dollars, depending on scope. Not only that, but there are different methods of pricing video productions for the client.
In this article, I’ll cover everything your agency needs to know about the different pricing methods that video production companies use, in addition to the costs related to each stage of the video production process. Understanding these costs can help you close the projects you want, prioritized by cost and negotiated based on the full project.

The Three Major Types of Pricing for Creative Services

Under this pricing model, the client pays for the actual time and materials spent on production. As the project continues, the client will remain closely involved. Because the client remains in close contact with the video production company throughout the process in order to oversee costs and spending, this type of pricing model can often create extremely high-quality content. The two biggest challenges for this pricing model are the increased amount of necessary interaction with the client and the fact that deadlines and milestones are often not set in stone, causing projects to sometimes drag on.
For the video production company, a time and materials pricing model is often extremely advantageous, because it ensures that the work completed is going to be paid for. For a client, a time and materials model provides essential transparency, showing them exactly what they’re paying for and allowing them to direct the operations. Still, it is also demanding of the client: the client has to remain involved throughout the process.

Also known as milestone pricing, pricing outputs is intended to price the actual outcome of the project. Usually split into several major milestones, the production company is paid every time one of these milestones is met. This offers a certain level of compromise between different types of pricing option, as the milestones provide the opportunity to check-in at intervals. At these intervals, the client can determine whether the project is still moving in the proper direction.
Pricing outputs has more structure than a strict time and materials product budget, but it also shares some of the negatives of the time and materials model. It’s not necessarily known when the project will be completed, as there isn’t a clear line. It’s possible that the project can be abandoned between milestones, leaving either client or studio adrift.

A fixed price method, “pricing value” is a client-focused method of pricing that asks the client “What is the video worth to you?” From there, the video production company can assess what they can do under that price guideline. The production company will come back to the client with what they can do, and the client will tell them whether that’s suitable.
A fixed price method has the advantage of being simple and easy. The project will be outlined, completed as specified, and the payment will be made. At the same time, it can also be inflexible: if the final delivered video doesn’t suit what the client wanted, the entire contract will need to be renegotiated.
For many companies, the pricing value model works well, as it gives the client everything they need. Our video production company, D-MAK Productions, uses a hybrid of pricing outputs and value, as we found that the pricing inputs method doesn’t make much sense in regards to our current business model.

The Different Stages of Production

There are several stages of production, each with their own different levels of cost. From the stages of initial conception to distribution, clients will need to control how much they want to budget.

During the brainstorm and concept phase, the video production company will work closely with the client to determine their goals for the project. It’s at this time the pricing method will often be decided. Multiple meetings may be held, some of which may be unpaid consultations. The true costs of the project often won’t begin until the project’s terms have been finalized. Nevertheless, during this time, the costs of the production will be estimated and outlined.
Storyboarding and outlining usually happen during the concept phase, which usually is paid labor. Though the rough estimates of the project will be completed early in this stage, a detailed script or storyboard will be completed after the terms have been finalized. A script generally comes first, as a written outline of the project from start-to-finish. From there, a storyboard will be created, as a scene-by-scene preview. 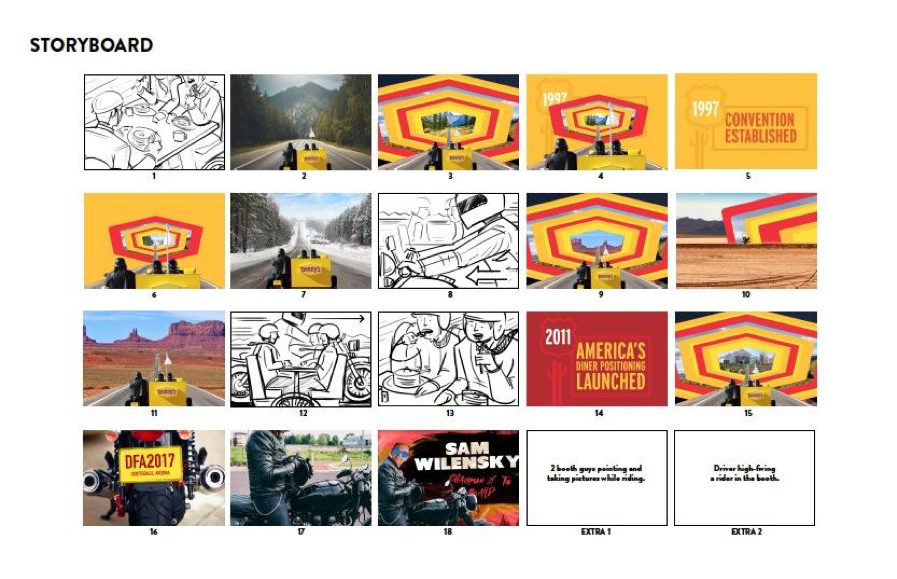 While the concepting phase generally doesn’t lead to any significant costs, it’s the most important phase: it’s foundational. The concept phase will outline how many actors may be needed, whether there will be post-processed effects, and where the scenes will need to be shot. This will be important for the process of assessing cost later on.

The majority of expenses during the pre-production stage will include the costs of hiring, licensing, and permits. For video production companies, understanding these costs and explaining them to your clients will lead to better profit margins and more fruitful client relationships.

Production is the most expensive stage of video production. During production, scenes will be shot in the most strategically optimal way, based on the employees who need to be hired and the equipment that needs to be rented. As an example, if there are only certain scenes that require crane shots, these will be shot in a row to avoid renting a crane for longer than necessary. You’ll be shooting a large amount of footage at once to give you more options during post-production. 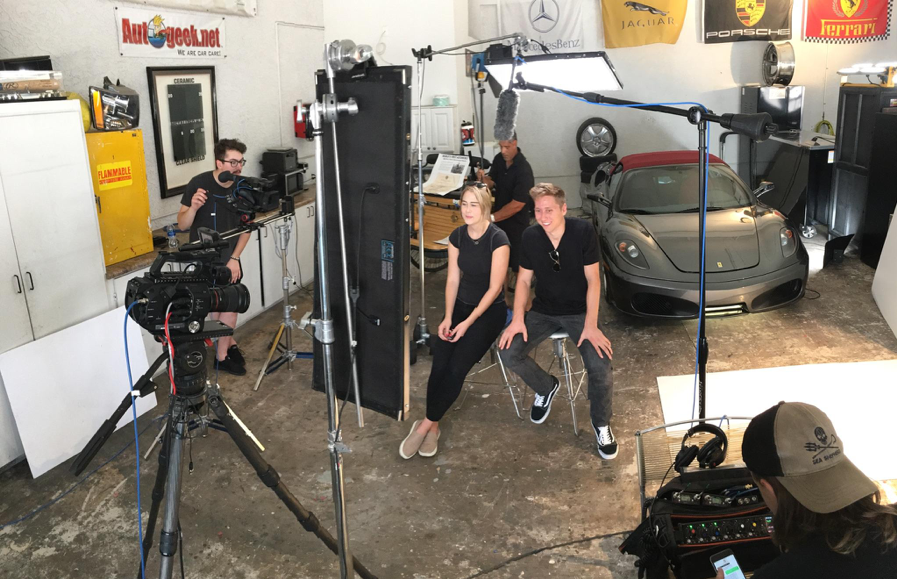 The major costs associated with production will be: employee wages, actor wages, equipment rentals, and consumables such as film. The longer the production goes, the more it costs, which is why a significant portion of pre-production involves planning the shoot in the most optimal way. Minor productions may only need a few crewmembers, capturing scene by scene. Larger productions could also require makeup artists, teleprompter specialists, assistants, and grips.

After the production, editing begins. Again, a simple project may require very little editing, while a larger project may need tens of hours of editing and special effects work. At the end of the post-production process, a finalized video will be designed in multiple formats, which can then be distributed across chosen platforms.
Post-production can take longer than production itself, depending on the amount of work that has to be done. It’s often the goal of production to limit the amount of post-production needed, by getting clear and high-quality shots from the beginning, getting enough B-roll, and making sure that the video meets the client’s specifications. 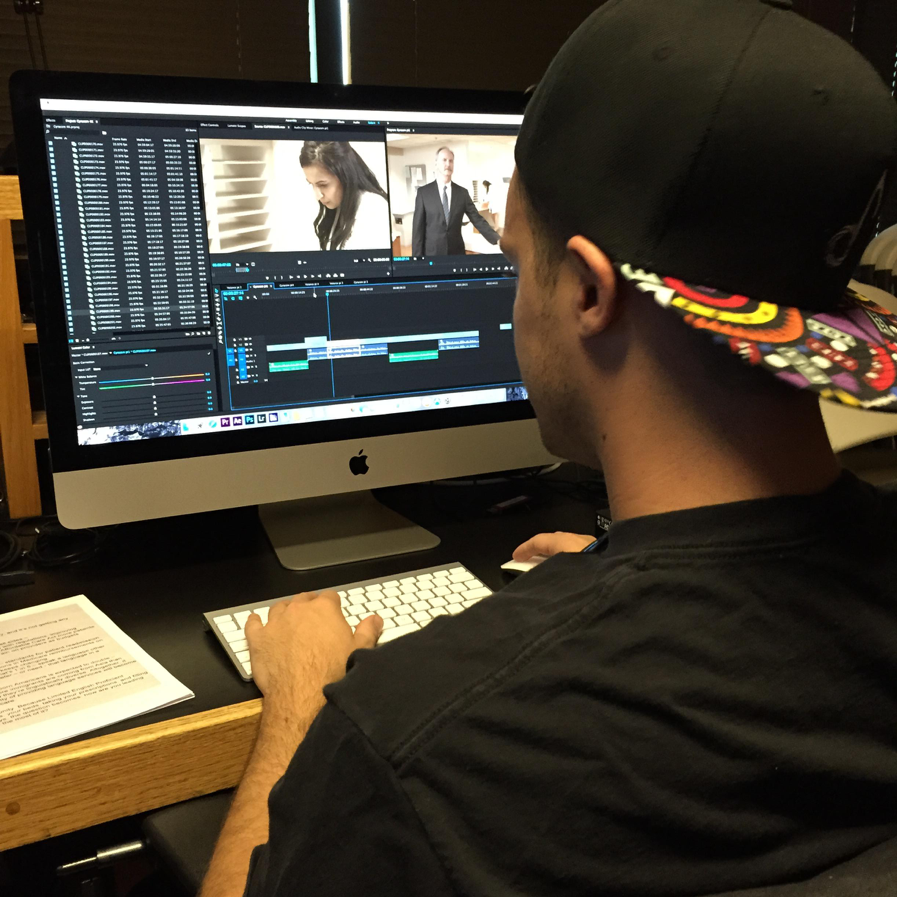 Post-production is also an area that can potentially run over budget if a client asks for reshoots or changes.

Distribution of a video can happen in many ways, from distributing the video through the Internet or placing a commercial spot. Distributing a video through the internet is cost-effective: it’s free to put a video on the internet, but the client may want to invest in additional advertising in order to boost their video. Distribution through a commercial channel is usually far more expensive, though it can vary significantly depending on the channel and the time.
While most of the video production costs are fairly straightforward, distribution may get a little trickier. Some companies may attempt to boost their video content through SEO and content marketing, which can be variable in cost. Others will send newsletters or attempt to build a following on a social media campaign. When it comes to distribution, the majority of the costs are going to relate directly to how much the company wants to spend. The client will need to decide on their distribution in advance.

Each video production is composed of multiple complex stages, all of which need to be separately explored. Since every video production is unique, costs can be highly variable; however, during the very early stages of conception and post-production, these costs should be finalized and worked out.
'Every video production is unique and costs can be highly variable.' - Joe Forte Click To Tweet
Many video production companies will change which pricing option they use depending on the project. A small project and a very large project may have different pricing models, as they vary in complexity. Further, clients can decide how involved they want to be in the progress of the project, and how much control they want over their eventual pricing. For video production companies, understanding the pricing models available to you will lead to better negotiations and better projects. 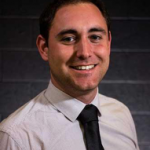 Owner and Producer at D-Mak Productions

5 Google My Business Mistakes That Could Cost You Rankings

Why Design Needs to Be Part of Your Content Marketing Strategy