In addition to guest posting on the UpCity blog, GHAX Inc is featured as one of the Top Local SEO Agencies. Check out their profile here.

Founded back in 2004, Yelp has become a staple review site for businesses, particularly those in services and hospitality. By the end of quarter 2 in 2018, Yelp hosted over 171 million reviews with the most popularly reviewed businesses being shopping, restaurants, and home and local services.

Yelp is popular with consumers. Forty-five percent of consumers say they read Yelp reviews before giving a company their business.

But as both businesses and customers know, Yelp is also plagued by fake reviews. Whether they come from aggrieved customers, trolls, or your competition, fake Yelp reviews can mess with your standing.

Have you spotted a fake review? Here’s what to do next.

What Is a Fake Yelp Review?

A fake Yelp review is a review not based on a person’s first-hand experience with a business. Writing these reviews is against Yelp’s terms of service.

Fortunately, Yelp (unlike Google) hates fake reviews and uses an automatic filtering system that manages to catch about 25 percent of them. However, some fake reviews get through, and you need to spot them manually.

Now, bad reviews aren’t all fake. Some people won’t like your service or product, and you (1) can’t help that, and (2) can’t remove the review because you don’t like it.

However, fake Yelp reviews often come from accounts that:

The first characteristic is also one Yelp uses in its algorithm to spot fraudulent reviews.

How to Deal with Fake Yelp Reviews

Yelp doesn’t allow you to delete negative reviews. Before you get up-in-arms about it, remember that it’s a good thing. If bad businesses could remove reviews calling them out, then Yelp would be relatively worthless.

In the same vein, remember not to attack even fake or fraudulent reviews. Other customers can see it and probably haven’t taken the time to see that the account is (clearly) a scammer.

If you find what you firmly believe to be a fake review, tell Yelp. The company wants to know.

To inform them, you need to go to biz.yelp.com and log into your account. You need to claim your business to do this, so if you haven’t yet, go through the process now. Claiming your business is always a good idea because it alerts you to new reviews and allows you to interact with customers.

Once you log in, find the suspect review on your account. Next to the “send private message” button, there is a gray flag. Put your cursor on it and then select “report this review” when it pops up. Then, you’ll get a menu that allows you to choose your reason for reporting.

Yelp triages complaints and prioritizes reviews with threats, hate speech, and privacy violations over those that contain false information.

So if the review names and shames your employee, uses hate speech, or includes threats, be sure to select the appropriate reason for flagging the review. If it’s a competitor or old employee, then don’t choose one of the more nuclear options.

Will Yelp Remove the Review?

It’s up to Yelp to decide to remove the review. Any reviews that pose legal issues for Yelp itself are more likely to come down. You can’t force Yelp to remove anything, and you shouldn’t try because you could wind up being punished yourself.

If Yelp leaves the review up, consider responding to the review amicably.

Don’t respond to the claims or the reviewer.

Instead, explain the review to everyone else who might happen upon the post. Show why you think the review is false (their account has no friends, they use insider knowledge, they seem to be a competitor, etc.). Then, refer other readers to the long list of other positive reviews that contradict the bad one.

Bad reviews happen. Whether they are the product of a fraudster or an unimpressed customer, you will get at least one or two. It’s part of being on the internet.

However, there’s a second issue that businesses now need to deal with.

At the end of 2018, Yelp switched up its recommendation software in a way that was intangible but not entirely invisible. It earned the name the Ghost Algorithm. Businesses on the site started losing reviews, particularly if the company has “too many positive reviews.”

One chiropractic office reported losing 40 percent of its total reviews to the unrecommended section.

It has happened to a considerable number of businesses, and it doesn’t matter whether they advertised on Yelp or whether they were Yelp Elite. (Though Yelp will call you out for bad behavior whether or not you advertise on the site and it has no qualms about pulling your advertising capabilities in the future.)

Why is Yelp hurting businesses with a long list of positive reviews?

Well, if you have too many positive reviews, then none of the negative ones show up. Yelp seems to think that people want to see a mix of reviews and providing that mix makes the site more reliable.

What Should You Do If You Get Ghosted?

No one knows what happened to the recommendation software. Speculation abounds because Yelp says that it uses many different signals.

You can’t get mad at Yelp, nor should you ask customers for reviews (or incentivize reviews with discounts).

Instead, keep up-to-date with what’s happening on your profile and try to maximize your positive reviews by sharing them on social media and responding to them.

Fake Yelp reviews happen. Even though they hurt your pride, they don’t have to damage your business. If the review is damaging and false, you can ask Yelp to take it down.

That’s why it’s more important than ever to stay on top of your online reputation. 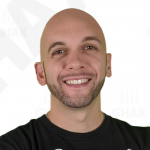 Founder and Head of Growth at GHAX Inc.

Antonio Calabrese is the Founder and Head of Growth at GHAX - a digital growth marketing agency based in Rochester, NY.

With over 10 years in the digital marketing business, GHAX focuses on custom SEO, PPC, and content marketing strategies to dramatically boost inbound leads.