Either You’re With Us, Or Without Us

The contest between CRO and SEO—Conversion Rate Optimization and Search Engine Optimization—is hardly moot. A symbiosis underlines CRO and SEO, just as one underlines traffic and sales. Mutually inclusive as they are, one can’t function without the other. It’s not a question of with or without—only through an amalgamation of the two can visitors become customers.
Both CRO and SEO boost your website—but in different ways. As a marketer who’s selling products, you require a ready line of customers to function. But you can’t sell your products if no customers are visiting your website, no matter how impactful your call-to-action. You thus require both: a landing page well equipped in SEO formalities and a strategy to encourage visitors into taking action.
Every second, Google experiences 73,022 searches. If you have mastered SEO and have optimized every possible element on your landing page—from links to social profiles, you’ll have a good chunk of traffic directed to your website. But traffic alone isn’t enough.
Imagine having a fashion store, visited by thousands of people, but none end up buying an item or placing an order for one. Business isn’t booming unless you can nudge your visitors to actually perform the desired action—it could be something as small as creating an account with you, or the actual purchase of a product. From selling subscriptions to visitors requesting quotes, each time an action is performed, a conversion takes place, and the conversion rate goes up.

Settling for the Middle Ground

According to research, conversion rates have a direct connection with their respective industries, with some having higher conversion rates than the rest. The 5 industries with the highest conversion rates are dating sites with 3.34% CVR (well, we guess nobody likes to be lonely for long), legal websites with 1.84% CVR, employment and job portals with 1.57% CVR, finance and insurance service providers with 1.19% CVR, and automotives with 1.19% CVR. On average, the conversion rate for AdWords advertises is 0.77%. This average is for display, whereas the same is 3.75% for search, encompassing all industries.
On the lowest in the rankings sit Home Goods websites—but does that mean that search marketers for Home Goods should settle for the least CVRs? With the right advertising and a successful marriage between SEO and CRO, you can bypass these virtual stereotypes and statistics.
And the techniques for the enhancement of conversion rates are best applied on the landing page. Here are 7 of our favorite tried and tested techniques to use for CVR hikes on the landing page:

1. Make Them an Offer They Can’t Refuse

If a visitor on your site sees a huge, clear banner staring in their faces saying “SAVE 5% RIGHT NOW!” they’re likelier to become customers.
The “Right Now!” tagline is basically a power word that gently encourages new customers to perform an action.
Hooking new customers is vital, and something like “25% DISCOUNT FOR NEW CUSTOMERS. ORDER NOW!” can significantly impact your CVR.
Promise them savings on an immediate basis and you’ll see a decent hike in your conversion rates.

2. Too Many Cooks Spoil the Broth

Minimalism isn’t just great as an interior décor idea or in Marie Kondo’s hit show. By limiting the options you’re willing to provide to your customers, you’re initiating the de-cluttering effect, which is likelier to provide results.
And this isn’t some mind-boggling algorithm or code effect—it’s basic human psychology: too many choices are paralyzing and counterproductive, as is evident by multiple studies and researches.
So, for instance, if you’re an IPTV service provider, offer them three packages: a monthly package, a bi-yearly package, and a yearly package. The billing should be similarly easy and in bulk (yearly, monthly, etc)—instead of 10 different packages with convoluted billing options.
Not only will multiple choices make it harder for the visitor to pick and choose, but they’ll also clutter your landing page—which is a no-no in terms of good design.

Live Chat has been around for quite some time, but let’s be honest: a huge pop-up that apparates out of nowhere and begins bugging visitors to talk to them is nothing short of annoying. It is, in fact, a huge turn-off, and can frustrate visitors to a point of no return—and we mean this literally.
Numbers tell the tale on their own: live chat is preferred by 21% visitors whereas most prefer email (54% of online shoppers preferring it). Although live chat is an efficient and timely channel to answer queries, it’s better to have it not pop in someone’s face all the time.
Include an option for it—but let the visitor choose if they want to engage in a conversation. They’ll respect the fact that you’re less interested in annoying them and more focused on your products and services.

4. Offer a Helping Hand with a Hands-On Approach

Allowing the visitor to go for a test drive enables them to visualize a service or software before they can make any concrete agreements or payments. The idea behind test drives is maximum transparency and is a two-pronged winner approach.
On one hand, it lets your potential customer feel like they’re not being hoodwinked; and on the other hand, it allows you to advertise your product’s best features, which can result in successful sales.

It’s no secret that the virtual world is filled to the brim with fake reviews and even fake establishments with fake services, as was hilariously demonstrated by Oobah Butler from Vice.
Visitors to your website are obviously going to be wary of anything that is put up, and this could hamper sales. To counter this unattractive business prospect, provide timely updates on your landing page about your recent customers and their purchases.
Let your visitors know that yours is an honest business that people like them are making purchases from.

Probably the oldest trick in the market, it’s still one of the most effective sales tools. Make something look scarce, rare, and in-demand to ensure that it catches the attention of your visitors.
Big, bold (but not ostentatious) announcements telling visitors that such and such product has been SOLD OUT or has only 5 ORDERS LEFT in the inventory will make them want to hurry. They need to deliberate less—and buy more. 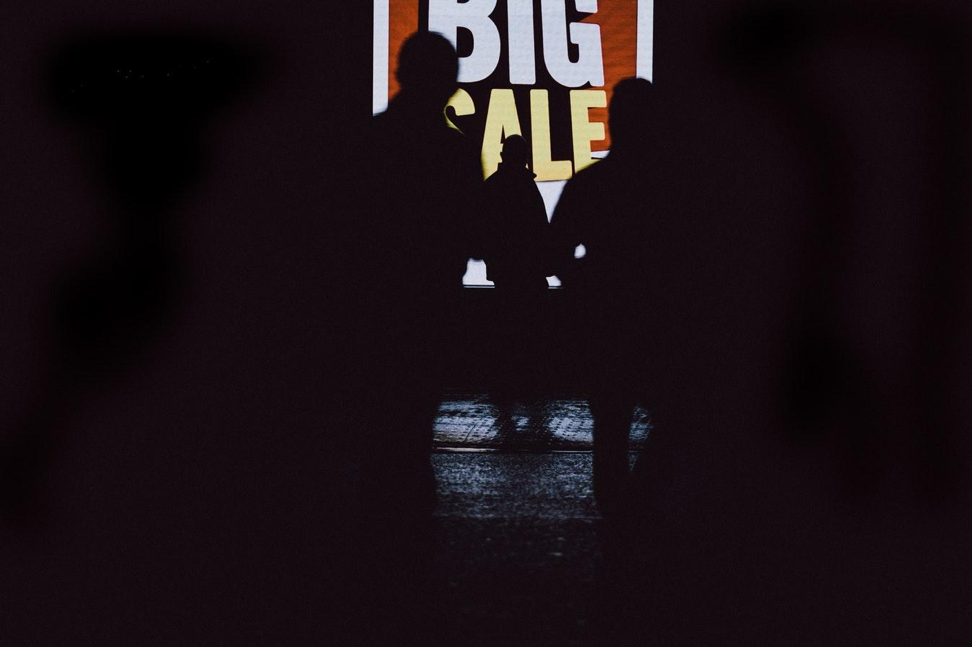 We all know that offering something at discounted rates is well and good, but that’s not all: if you’re selling a product for $200 NOW, you also need to tell your visitors that it’s originally priced at $350. RED, BOLD, AND CAPITALIZED letters always seal the deal—get it?
Give your visitor the feeling that they have an option to take advantage of you—highlight all your perks: free shipping, payback guarantees, warranties, and more.
Incentive, incentive, incentive—there’s the key.

To reiterate: these days, the rate of success of unions between men and women is somewhere around 3%—but the union of CRO and SEO is bound to produce results that verge on the precipice of being a 100%.
We know this because we’ve tried and tested the techniques aforementioned, and have seen a significant improvement in Google rankings for websites that optimized their landing pages in accordance with conversion.

A Search Berg specialist, Aaron Tylor belongs to the success-producing machine of professionals which has seen over 15,000 SEO projects. Aaron has been the force behind numerous strategies across various industries and holds 15 years of experience in areas such as digital marketing, lead generation, and web development.

In-House vs. Outsourced SEO: Which Is Right for Your Business?

Creating Targeted Content: What Marketing Can Learn From Sales