In addition to guest posting on the UpCity blog, BlastSourcing is featured as one of the Top Branding Agencies. Check out their profile here. 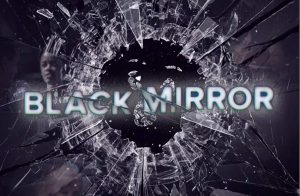 Who else agrees that binge-watching on weekends is a great way to recover after a stressful week at the office? Even a chance to absorb some additional off-center bits and pieces of information. Some of which can even help you with the best business decisions you’ve ever made. For these reasons, we love series like Black Mirror. So just in case you’ve missed some worth-watching episodes, check out a list of five business tips for entrepreneurs from the epic Netflix show.

One Outraged Client Can Ruin Your Business

The viewer is immersed in a utopian world where everybody has a ranking. The scores define your level of life and privilege. Young socialite Lacey struggles to ramp up her rankings; despite her efforts, the situation gets worse with every attempt.

The final chord to the episode, Lacey is invited as maid of honor to a wedding, which has the potential to raise her score. The plan begins to unravel as the tragic character becomes more desperate with every attempt. Pushed to her breaking point, she sabotages the wedding and threatens the bride. After all, the heroine ends up in jail with a drastically low score. The irony of this all is that Lacey was 0.3 points away from receiving her ultimate score. 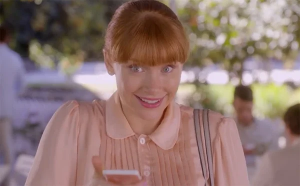 This episode contains one of the best pieces of advice for new entrepreneur, investigate the extremes. Give your customers a discount or sign them up for a loyalty program even if they lack a few credits (or at least give them a chance to earn some).

Keep an Eye on Influencers

The main character is a failed comedian who runs a children’s television show as a cartoon bear named Waldo. His guests are politicians and other authority figures whom he interviews in a very scornful and badass manner. The trick is, the show is streamed as a late-night entertaining program and becomes a hit among the British public. This is not left unnoticed by the producer of the show, who suggests Waldo take part in a local election.

Waldo’s campaign trail alters the existing power balance. He seizes the moment; as a powerful influencer and the puppet gets the majority of the votes leaving behind its real-life competitors. 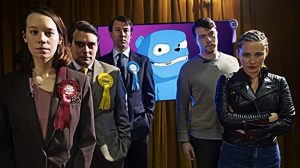 In this day and age, one of the top tips for entrepreneurs is to collaborate with influencers. The trick here is to establish effective communication, and detect whether they work for your competitors on time.

Be Ready to Face the Limitations

This episode is set in a dystopian society where everybody has to pedal bikes to produce currency called “merits.” People live in cells surrounded by interactive screens, forced to watch the never-ending stream of commercials. The only way to escape the slave-like existence is to buy a spot on the Talent show called Hot Shot. If the jury acknowledges their talent, they’ll receive a contract and a hope for a happy life outside the system. The main character, Bing, buys a 15 million merit ticket for his girlfriend, who ends up starring in porn. Later, he also takes part in the show. A long-awaited victory makes him a show-host where he rants and holds a glass shard to his neck, promoting accessories. 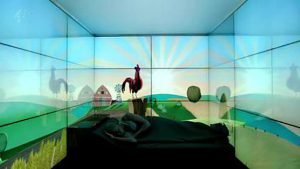 This case refers to the impact of the business environment. Online platforms such as YouTube or Amazon, set restrictions that are out of your control. Diversify your marketing and sales channels to protect your business customer churn.

Your Employees are the Greatest Deal-Breakers 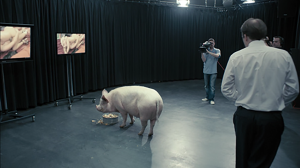 One of the tips for becoming a successful entrepreneur is to hire a devoted team. Review and update your policies regularly. Don’t rush on-board people even if you’re searching for the low-level specialists unless you’re ready to face the consequences.

This episode was aired on December 2011, and in September 2015, Daily Mail published an excerpt from the book called “Call Me Dave: The Unauthorized Biography of David Cameron” by Michael Ashcroft. The author recalls a time from his college when David Cameron (the Prime Minister of Great Britain until July 13, 2016) underwent a strange ritual of initiation set by the Piers Gaveston Society. The same pig it is. 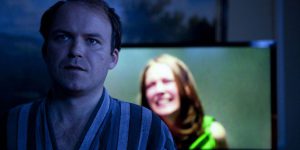 An ultimate advice for young entrepreneurs: the most insane stories happen in real life. Keep up with the latest sci-fi series, and you’ll be aware of the most revealing insights.

As you can see, you don’t always have to look for advice from successful business owners to gain the most valuable knowledge. These Black Mirror episodes just taught you that:

Use these takeaways to fortify your business strategy and prevent possible risks. And don’t forget to take breaks. 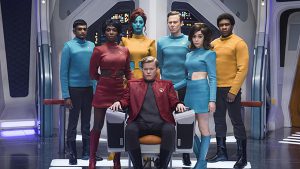 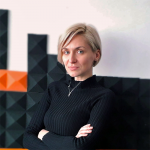 Sobchuk is a content creation enthusiast at Blast Sourcing, an Atlanta-based full-stack digital marketing agency. She has been creating content marketing strategies for small and mid-sized businesses for over 7 years. As a part of the Blast Sourcing team, Sveta helps field service companies, real estate firms, and non-profits deliver valuable and engaging content to build brand awareness and conquer customer loyalty.

Can You Trust the Google Translate Plugin?

The Pros and Cons of Accelerated Mobile Pages (AMP)

The Keys To Reputation Management for Your Business