In addition to guest posting on the UpCity blog, Brandefy is featured as one of the Top Video Production Companies in Huntington Beach, CA. Check out their profile!

If you’ve given video production and marketing a try before and felt disappointed by the results, it’s highly possible that there’s something wrong with your strategy. It could be in the way you’re distributing your video or in the way you’re targeting it, but more often than not the fault lies in the video itself.

If your videos aren’t converting, you might want to take a close look at it through a production standpoint. Here are 3 common problems:

It’s Been Done Before

The thing with society today is that people are both easy-to-please and fickle-minded. The mish-mash of these two very distinct characteristics has resulted in the modern consumer—someone with a seven-second attention span, constantly searching for entertainment, easily hooked using visually appealing video thumbnails, and unashamed to share what they find interesting, amusing, or simply creative.

Point? A lot of people watch a lot of videos. Hence, it has made them finicky. They are both easily impressed by new ideas and easily bored with overused concepts. Surely more than half of you reading this remember the Old Spice Man, but how many of you remember Ted From Accounting?

Old Spice launched their Old Spice Man commercials in 2010 and the world blew up over it. The series of adverts were witty, amusing, and so blatantly in-your-face about their brand, it was actually kind of refreshing. They garnered over 4 million views and 180 personalized videos.

Cisco responded by doing the exact same thing by producing their own blatant, in-your-face commercials featuring Ted From Accounting. At the end of their run, they scored 3k views and about 18 videos.

You Forgot Your Call to Action

Picture this: your video production team outdid themselves. They have created what you believe is the next viral video. It’s smart. It’s creative. It’s fresh and new, and there’s no doubt in your mind your intended audience will love it.

So you pour your heart and soul into the distribution and marketing. You optimize it for different social media platforms. You amp up your SEO game. It goes live when the majority of your market is online, and the results are overwhelming. Your view count is within the hundred thousands within two, three hours of release. Engagement is nothing short of astonishing. There’s no doubt in your mind; people love it.

And yet … the sales aren’t matching your views. Website traffic remains more or less the same. People are talking about the video, but it’s not resulting in more sign-ups, followers, sales, or subscriptions. It’s a great video, but it just didn’t convert.

Your video ended without a prompt. It failed to answer the question, what now? It entertained and engaged for sure, but it didn’t direct. Without a CTA, people won’t know what you want them to do or where you want them to go. Did you mean for them to subscribe to your channel? Avail of your new two-for-one promo? Use a certain hashtag for the chance to win something?

How were they supposed to know?

The Lighting/Audio/Editing/Acting/Dialogue/Direction is Really Bad

As far as sales and marketing are concerned, video can make casual viewers 1.81 times more likely to make a purchase. Likewise, implementing video can give you a conversion rate that’s 34% higher than your competitors who haven’t cashed in on this particular type of content.

However, if you’re not enjoying the promised fruit of your video production, it could be because the quality of your video is, from a technical standpoint, downright horrible.

Consumers trust a video that looks like it’s professionally done. That means everything, from the script to the direction, is well-executed and highly consumable. People want witty dialogue, emotionally moving acting, clean audio, crisp visuals, the whole nine yards. If there is an element of your video that makes it unwatchable or makes it look anything less than professional, it could compromise your brand’s reputation and reliability.

If you’re not a professional video producer or creator, it can be difficult to judge your video’s quality objectively. (We’d say that if your video is even close to Quizno’s Sub’s Spongmonkey commercial, it’s pretty darn terrible.)

But generally speaking, here are some common technical turn-offs:

At this point, there’s no denying how powerful proper video production can be. All you have to do is look at the overwhelming amount of data and statistics to see that the proof truly is in the pudding (or numbers, as the case may be). As long as your brand’s videos are professionally produced and distributed where—and when—they should be, then there’s no room for doubt; you will experience all the benefits of a properly-implemented, well-executed video marketing plan. 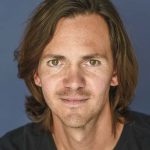 A graduate of Chapman University (BA, Film & TV Production), Marton Varo is an award-winning filmmaker, having received notable recognition from a number of film festivals and institutions world-wide.

Having closely collaborated with Academy Award-nominated screenwriter Leonard Schrader (Kiss of the Spiderwoman) and Dan O’Bannon (Alien, Total Recall), Marton has a solid understanding of storytelling and a unique ability to bring stories to life, from script to screen.

Seeing an exceptional opportunity to combine his cinematic skills and talent with the marketing and advertising arena, Marton founded Brandefy in 2011 to challenge the “norm” of commercial and business video production.

Why Targeting Low Volume Keywords Can Be Valuable

The Role of UX in Marketing (A Holistic View)

How To Thrive In The Midst Of Difficult Clients

The Power of Visual Storytelling for Non-Profits