For all the emphasis we put on small business, we can also gain knowledge in learning about the brands and companies that invest millions of dollars into their marketing budgets. These days, we see big brands creating an assortment of exciting media to reach specific audiences on new mobile platforms. In addition, businesses often craft campaigns designed to spread across multiple social media channels.

These impactful companies make decisions that certainly demonstrate how SMBs can market, even with a smaller team at the helm. The Super Bowl was a prime example of advertising and social media campaigns in this vein.

Now, the Winter Olympics are starting this Friday! In honor of this glorious event and exciting sports week, we gathered 25 examples of notable sports brands. These sports brands are doing an outstanding job of mobile and social marketing. You be the judge after you take a look at these top businesses!

The Chicago Bulls presents its official mobile app for devoted supporters of the team. Your business can create a similar app to drive more business. View live standings, browse roster breakdowns, and individual player statistics. If you want to learn everything you can on the team, download it now! 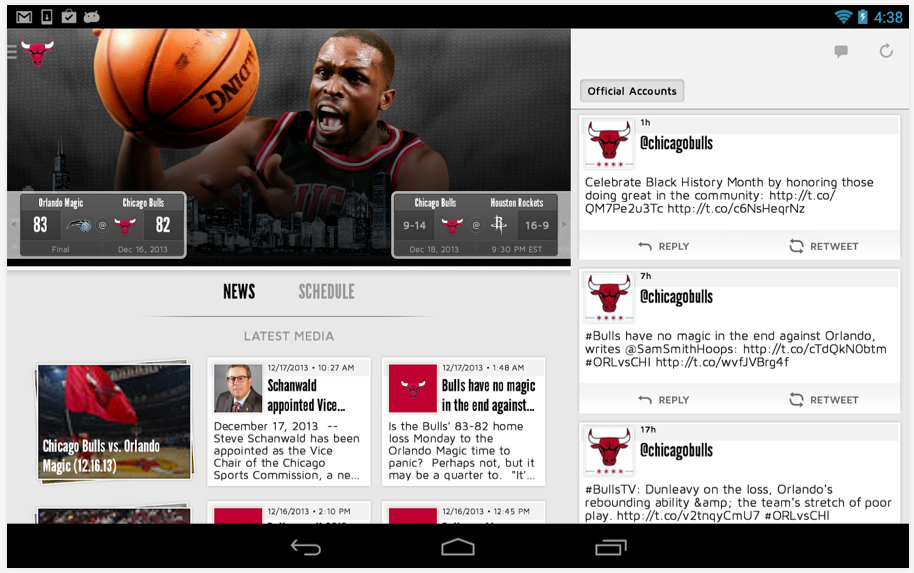 The Chicago Bears brand puts you in the hotseat with this mobile app as if you’re watching the game! Check statistics, play-by-play updates, videos of press conferences, and more with the app, available on Android and iTunes. 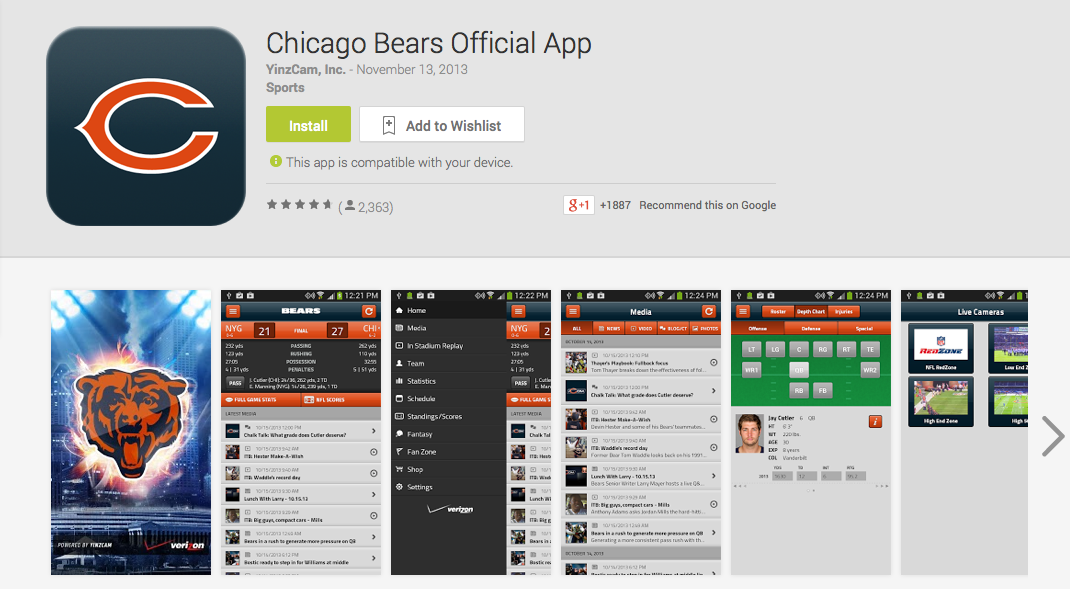 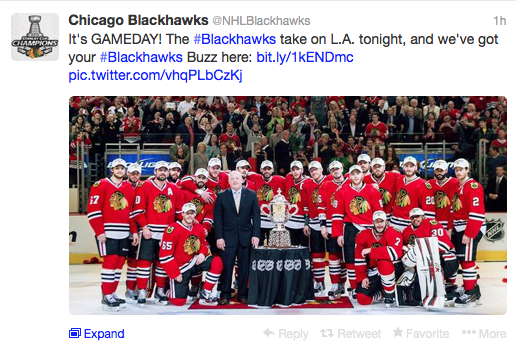 The Chicago Cubs are leaving for Spring Training and retweets a photo from Wrigley Field to its followers to let them know. The brand’s Twitter account also reports news, sweepstakes, and other unique team promotions. 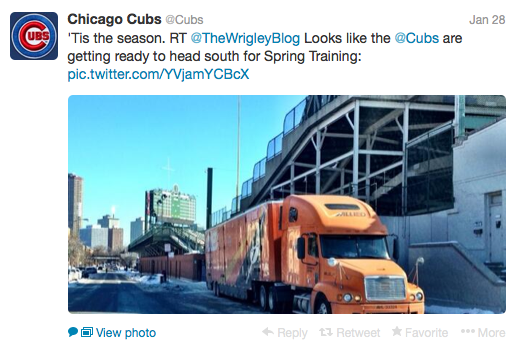 Even after a loss, sports brands can display authentic sportsmanship to their fans. The Denver Broncos shared this timely banner for Facebook to demonstrate to followers their humility and fortitude. This is an inspiring way to captivate an audience. 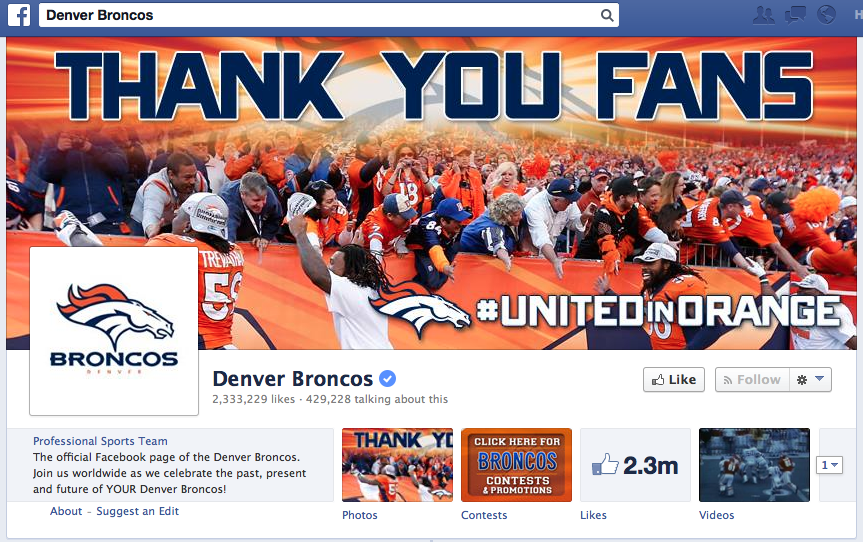 This Derrick Rose app grants you various action shots of him within your mobile device. It’s a terrific way to keep the brand and enthusiasts’ favorite players top of mind.

Go inside the Los Angeles Dodgers complete with photo coverage and news reports from the team’s latest app. Get your news from a variety of local publications for the most up-to-date information available for the brand. 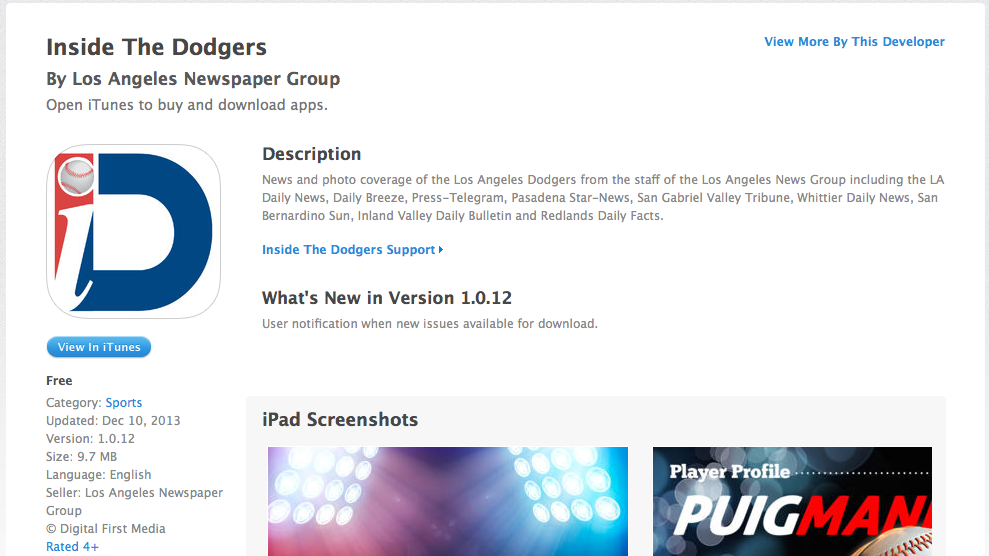 More than 4.28 million followers keep tabs on Kobe Bryant, and that’s only on Twitter! His stream contains Instagram photos, videos, and status updates on insights that he has learned on life. 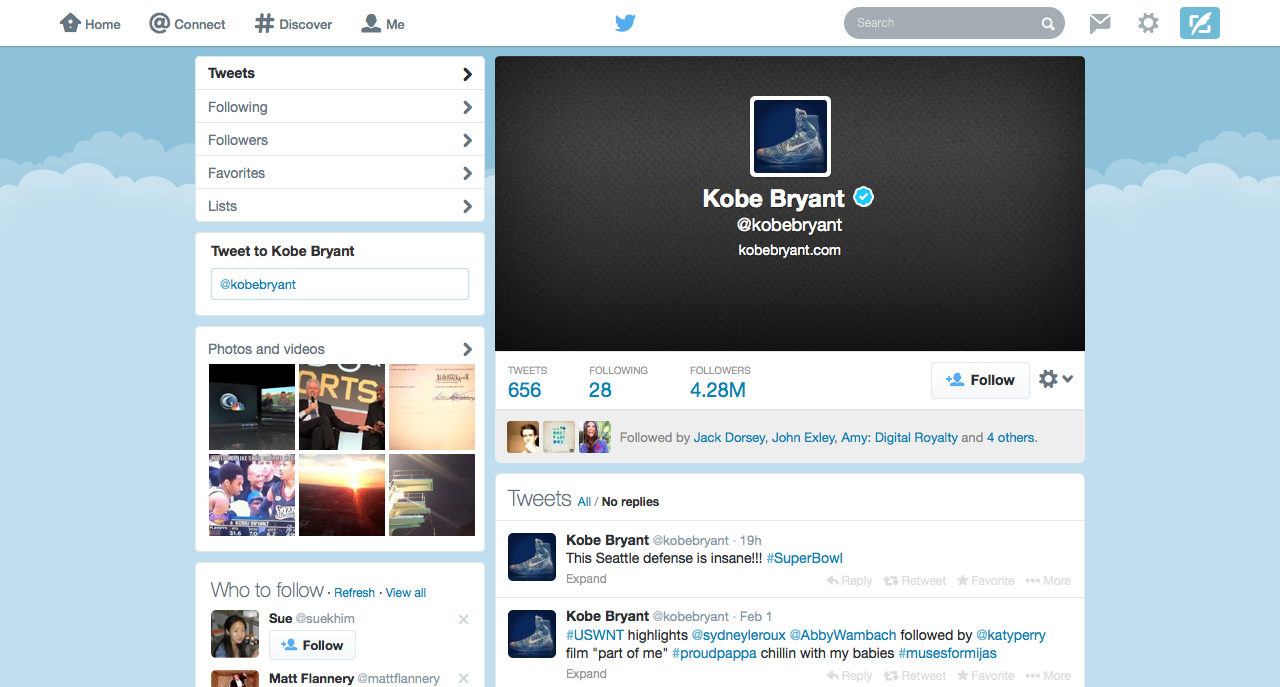 Giving away free content is another top way to build traffic and bring in more fans. The Los Angeles Lakers update their posts on a regular basis, as well as create monthly mobile and desktop wallpapers so its nearly one million Google Plus users can keep track of the games. 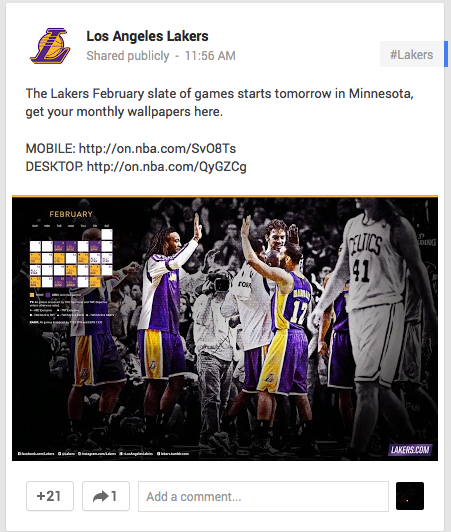 Kevin Durant promotes footwear to his 6.7+ million followers through various Twitter images. He also tweets out interviews, answers Twitter questions, and neat videos for his fans. 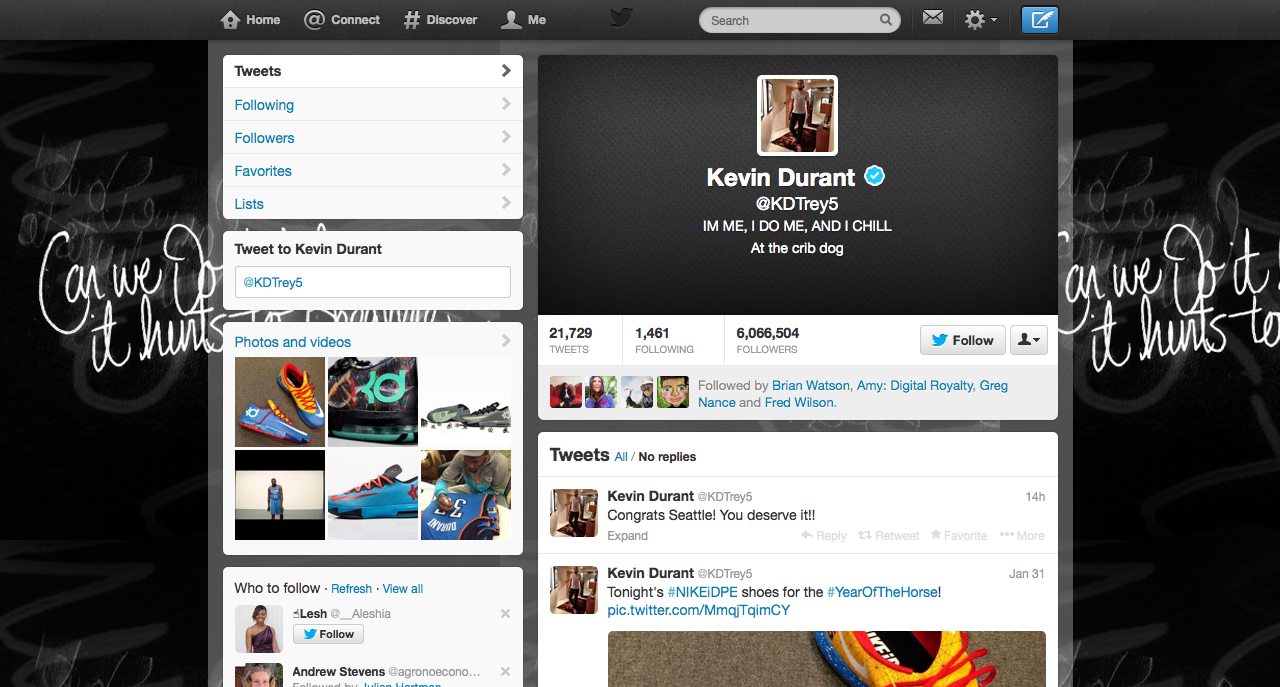 LeBron James shares messages, Instagram photos, and game highlights on his Twitter stream. In addition, he personally tweets statuses that are motivational as well as competitive. 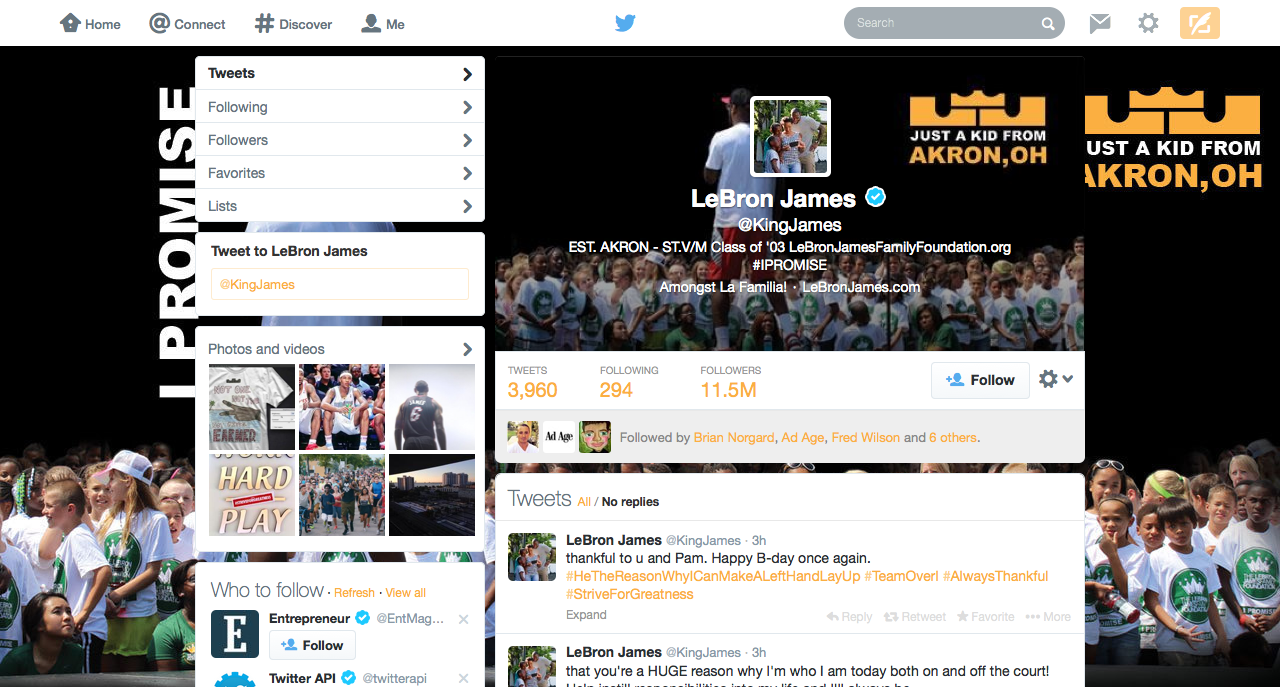 Miami Heat shares a forum piece on its Facebook page regarding tonight’s game. Posts on the page cross-promote other brands and teams for increased coverage and effectiveness. 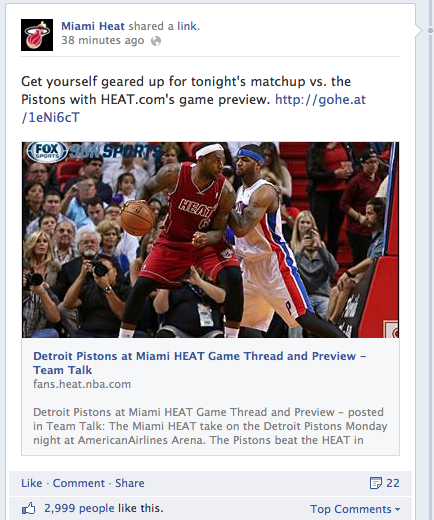 MLB publishes a new photo for each day of its countdown until pitchers and catchers report for spring training! Baseball season is not too far away, so get ready! 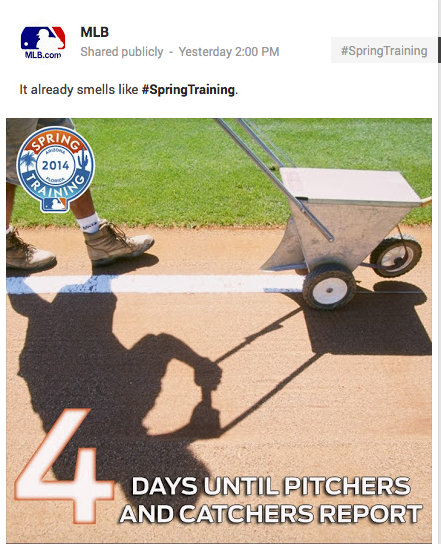 A Pinterest page is a fantastic way for brands to promote and sell a variety of sports-related merchandise affiliated with the star players. Look at how the NBA’s Pinterest account promotes its sports accessory boards to almost 10,000 followers.

First and foremost, your followers are people as well as supporters. This is why brands can often times incorporate humor to engage users. Here are the New York Jets tweeting a funny image for followers to comment on. 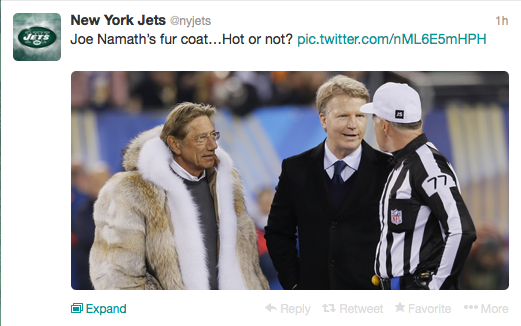 In this example, brands can highlight specific recent instances to engage their audiences. The NFL Twitter page highlights memorable moments from the Super Bowl’s halftime show in this live-action photo tweet. 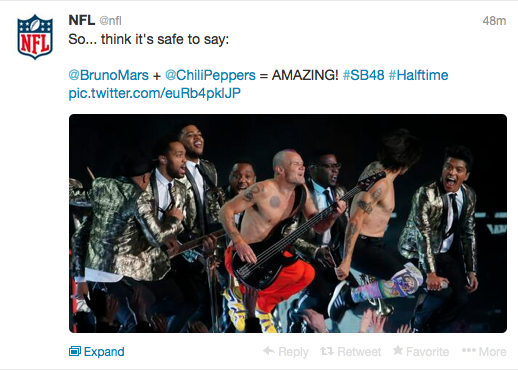 The Olympics take place every four years. To provide a sneak peak of what’s ahead, the acclaimed brand shares an image preview of the events to come this weekend for loyal viewers! Speed skating looks to bring a huge crowd into the games. 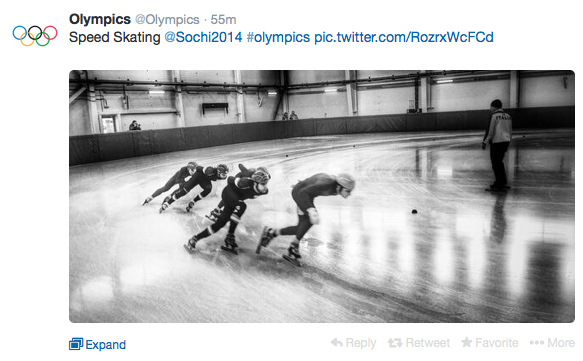 The Pittsburgh Penguins highlights star players in its tweets to more than 469,000 fans following for hockey coverage. The stream also prepares giveaways for diehard supporters.

Other sports brands use Instagram to promote their live action shots and favorite players for their fans. The Premier League features beautiful images exceptionally well, in addition to encouraging fans to send their own photos tagged with #plfanpics. 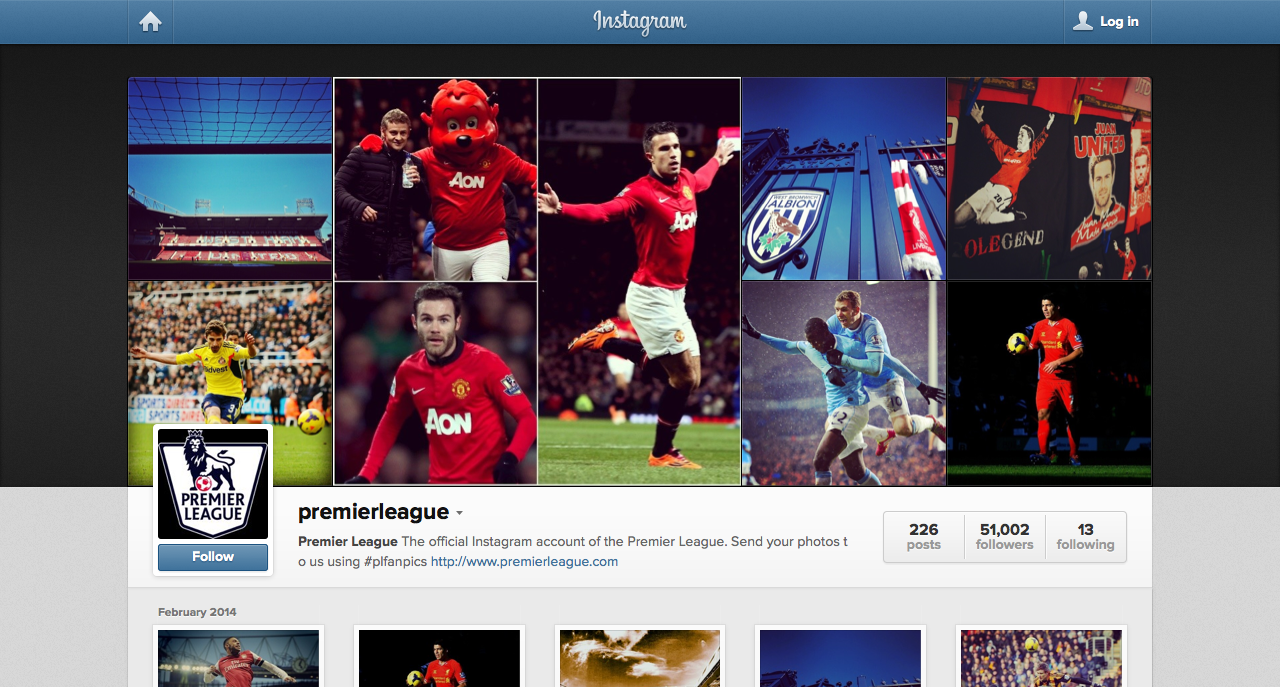 The Seahawks celebrate a stellar Super Bowl win with a new banner to commemorate the event. The brand also tweeted inspirational images to keep fans pumped up for the game. Congratulations to the Seattle Seahawks!

Shaun White is competing in the Winter Olympics this week. To build hype for his fans, he publishes a moving countdown on his Twitter stream for 1.25 million+ Twitter followers. Go White! 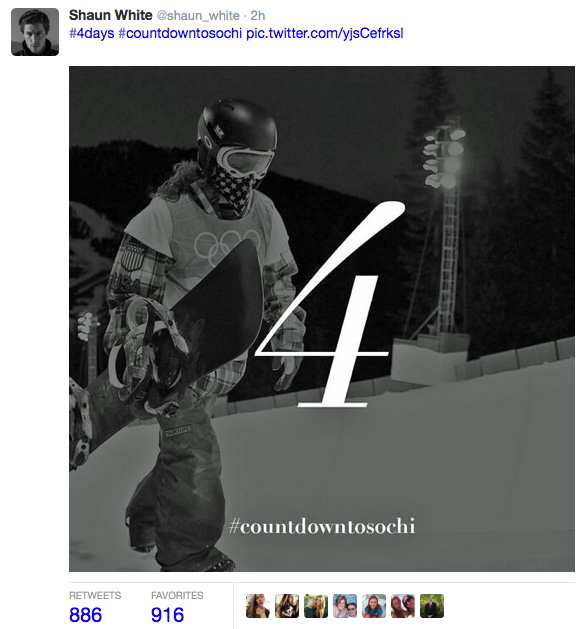 Other brands take the time to bring a human voice through their Twitter stream. The UFC Twitter account retweeted an affiliate fighter’s thoughts about the outcome of the Super Bowl to its follower base of more than 1.7 million followers.

Contests, giveaways, and sweepstakes are another way to connect with your followers. The White Sox start a round of promoting contests for Twitter followers to win assorted prizes. 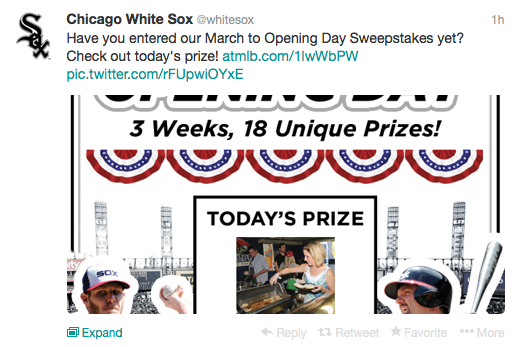 Sports brands go mobile with their product marketing and reach a much wider audience that is increasing by the month. WWE Universe presents an app in the Google Play Store, providing an authentic second-screen experience. Get access to your favorite superstars, matches, and more while on the go. 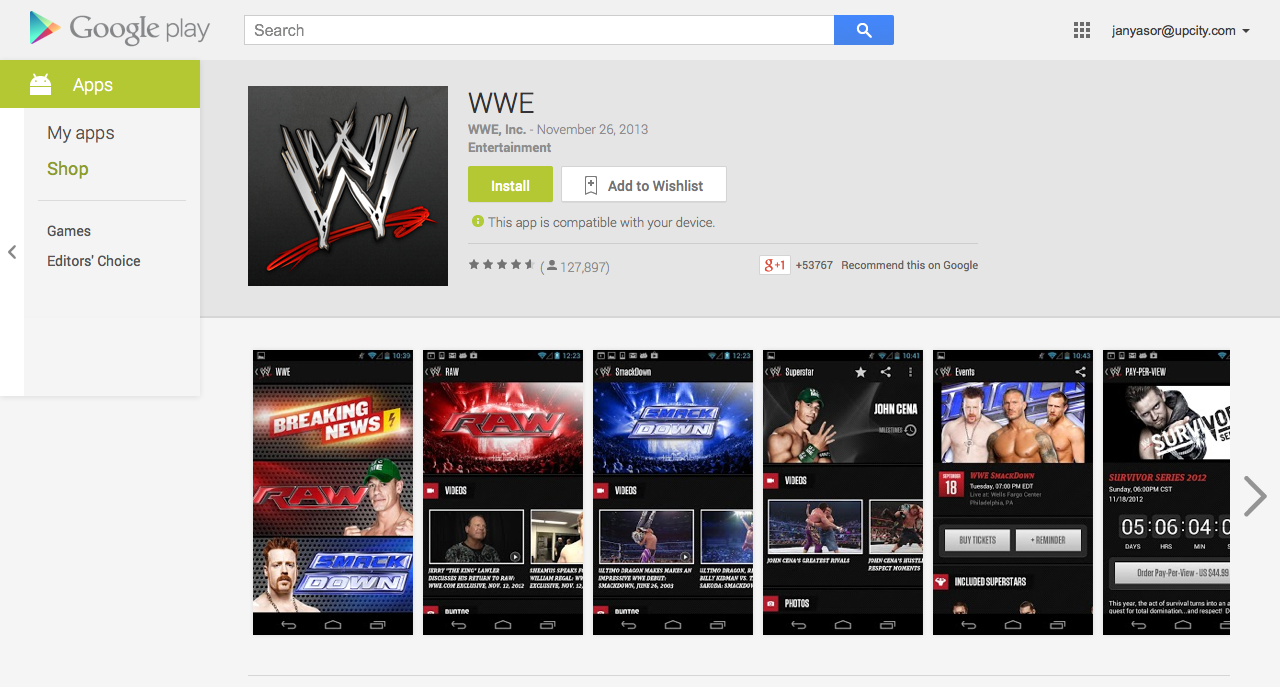 The XGames is promoting its event images on its Instagram account. The brand also shared a photo for the Super Bowl, reaching out to another audience despite its clearly defined niche. 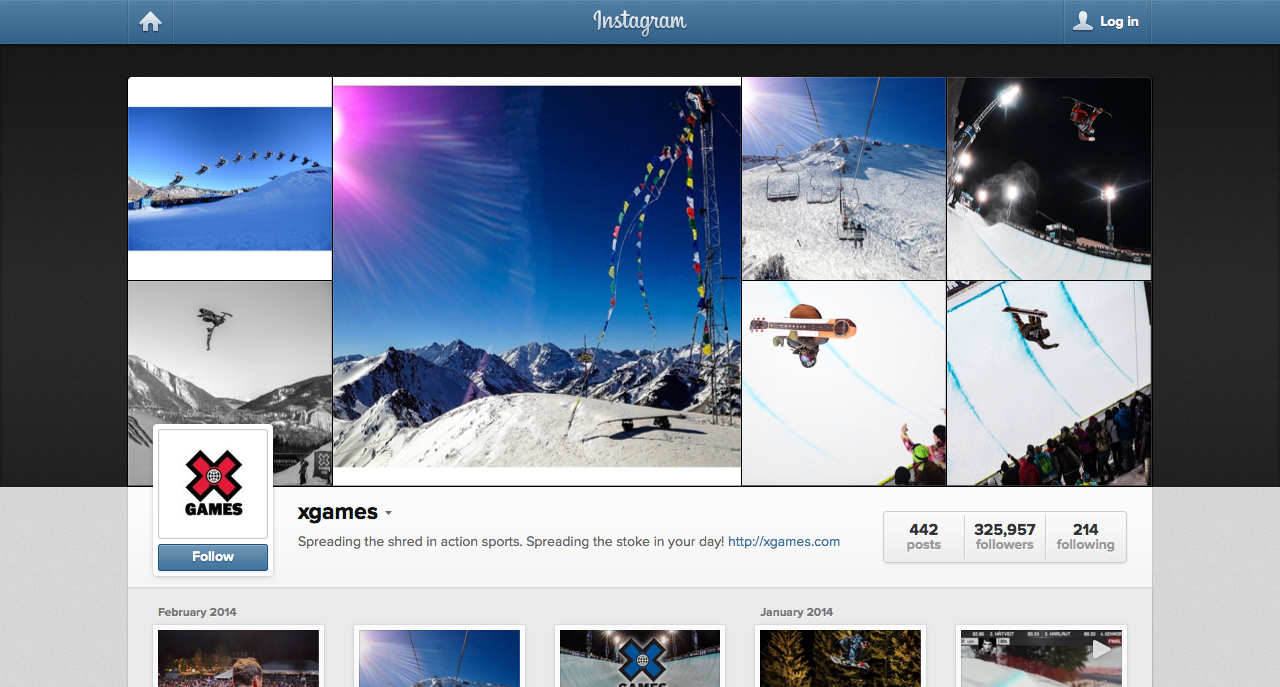 These sports brands demonstrate value to their target market and are strong in delivering for their base audience. Although they may use a big budget, their common themes can be incorporated within any small business marketing strategy. What other sports brands are first-rate in marketing for mobile and social? Let us know in the comments below.